From the DAC Archives: Purple Wisteria

This post, the third in a series centered around the December 1931 article in “The National Geographic Magazine” titled “Smoke Over Alabama” features Purple Wisteria. In this post, we are sharing images of two paintings of Purple Wisteria by Dixie Art Colony artists and a photograph from “Smoke Over Alabama.” We hope you enjoy this snippet from the DAC Foundation Archives. We always strive to produce original and relevant content.

Those of us that are native Southerners grew up seeing this woody, deciduous twining climber growing wild in the trees and on trellises.  According to various sources, the most abundant species present in the United States is a Japanese species known as "Wisteria floribunda." This species is thought to have been introduced to the west in 1830. The first plants grown in the west originated from imported seeds.

Shown on the left in this image is a 1930 photograph of a giant wisteria vine located in the Prattville area. Source: “The National Geographic Magazine,” December 1931

Many plants grown from seed are not consistent. They exhibit any number of characteristics. According to master gardener Maureen Gilmer, "Among seed-grown wisteria, some individuals may not flower for 20 years, while the average is about eight to 10 years after germination."

"If your wisteria does not bloom, The most common solution is to shock the plant into bloom. This old-time process of severing roots to stress out the plant is known to kick off a survival mechanism. Thinking its life is soon to end, it makes a valiant attempt to perpetuate itself by flowering and setting seed before death. While shocking won't kill the tree or vine, it's clearly not healthy either, because it severs vital feeder roots," says Gilmer.

(Maureen Gilmer is a horticulturist and host of Weekend Gardening on DIY-Do It Yourself Network. For more information, visit moplants.com or DIYNetwork.com.
Sources: Wikipedia.com, HGTV.com 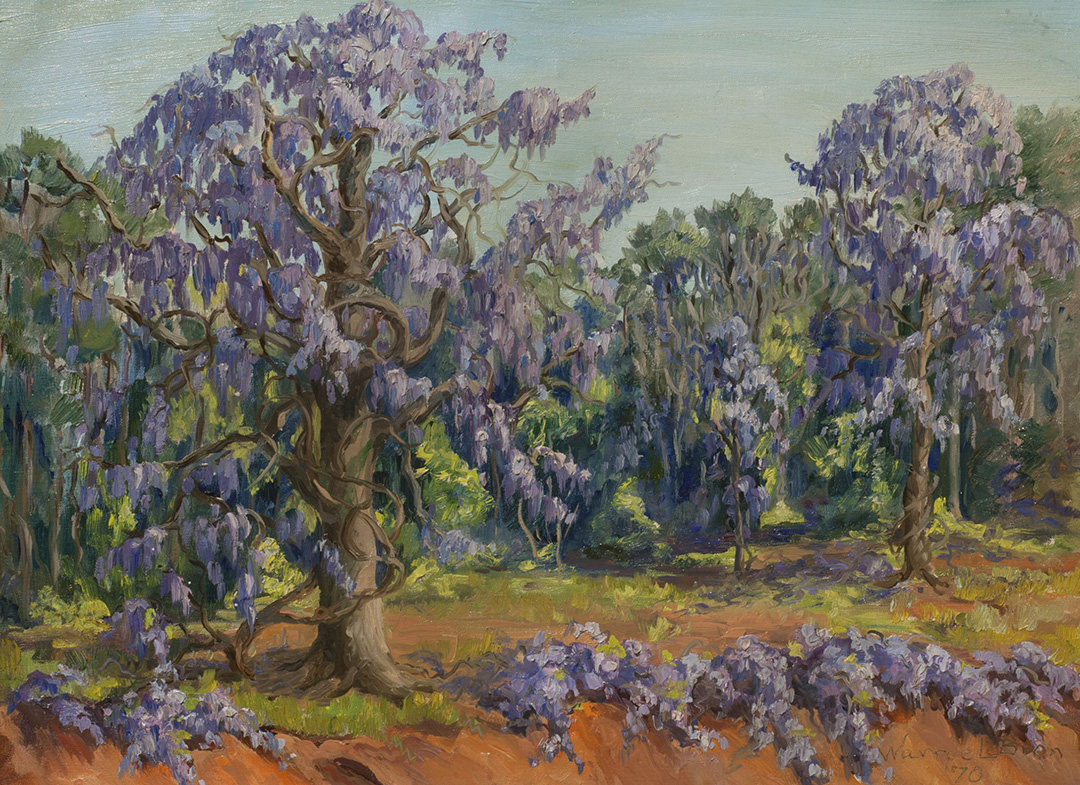 Shown is the Montgomery Museum of Fine Arts exhibition catalog titled “A Symphony of Color: The World Of Kelly Fitzpatrick.” The exhibition was held at the Montgomery Museum of Fine Arts from March 10 through May 26, 1991, and the Greenville County Museum of Art in Greenville, SC from August 27 through October 6, 1991. Featured on the cover is an oil painting by Dixie Art Colony cofounder J. Kelly Fitzpatrick dated 1934. 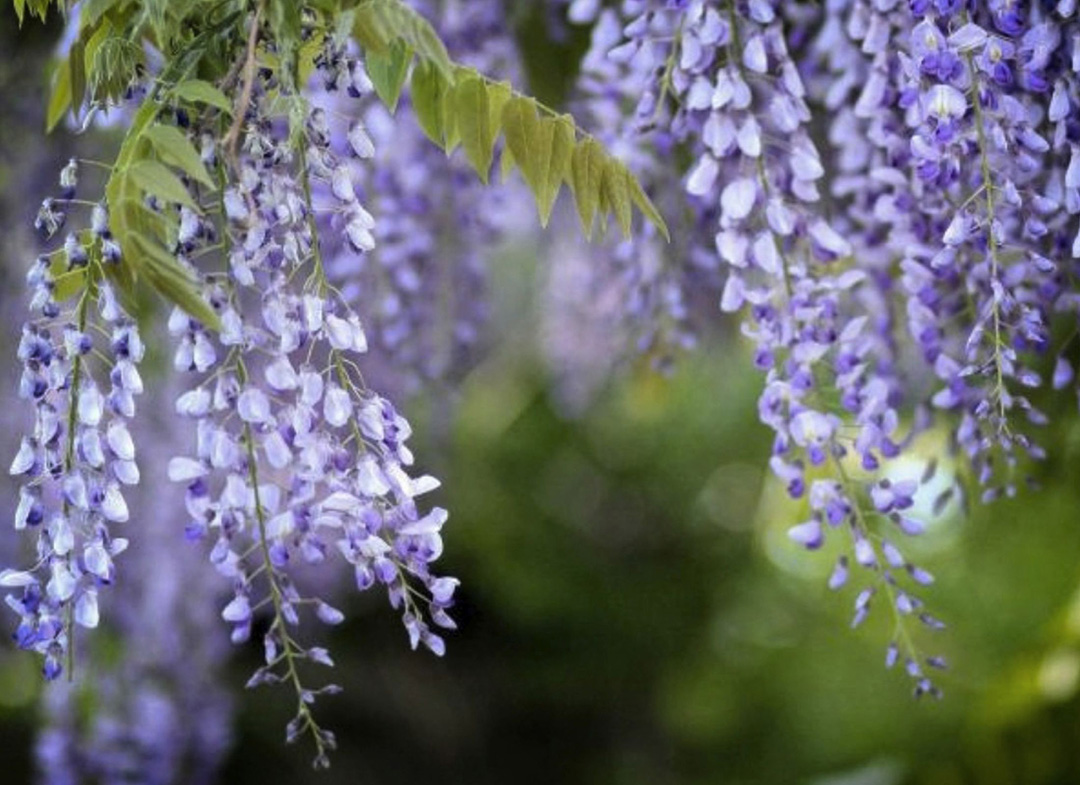 NEXT, in this series, we will share a photograph of Bellinggraph Gardens featuring camellia and azalea blossoms from “The National Geographic Magazine” article. We will also include paintings of camellia blossoms in the post.

Your ticket for the: From the DAC Archives: Purple Wisteria

From the DAC Archives: Purple Wisteria