One of The Deep South's First Art Colonies

About the Dixie Art Colony

During its first few years, the Colony took place at various locations, most of them on lakes in central Alabama where a summer home large enough to house the artists could be rented. In its first year, 1933, the Dixie Art Colony was held on an experimental basis for two weeks in June at an old Boy Scout camp building on Lake Martin near Kowaliga Creek in Elmore County. Named Camp Dixie, this camp was the site from which the colony derived its name.

Frank Applebee, head of the art Department at Auburn Polytechnic University (now Auburn University), joined founders Kelly Fitzpatrick and Warree Carmichael LeBron as teaching staff. Warree’s mother, Sallie Boyd Carmichael, served as hostess. Her daughter Caroline and a cook came to assist. The first year, nine other artists participated. One was Eloise (Heloise) Hawkins, known to be Kelly’s girl, whom a number of former colonists speculated he would have married had he been able to support a wife. Louise Horwort and Amanda Moon, who, like Eloise became regulars in the following years, also attended.

In 1937, the colony settled at what Sallie B. Carmichael hoped would be a permanent home. The six acres of forested land, owned by Judge Malcolm Carmichael and his wife Sallie Boyd Carmichael, was located at a place called Noble’s Ferry on Lake Jordan in the Deatsville area of Elmore County. The permanent site was known as a former Indian campsite on Lake Jordan at the site of Noble’s Ferry in the Deatsville area of Elmore County. Sallie Carmichael, the Colony’s primary financial backer, nicknamed the Colony site Poka Hutchi, a Creek word meaning “gathering of picture writers.”

The colony consisted of a series of cabins and a lodge that was later converted into a private residence. The kitchen was located in the lodge, a two-story frame structure perched on a hill overlooking the lake. The kitchen was the only room to have running water. Bathroom facilities were very primitive. An outhouse was located behind the lodge, and an outdoor shower was located on the other side of the hill from the lodge. The colony was active for more than 14 years, from the mid-1930s to the mid-1940s. It offered a very casual atmosphere in which artists were encouraged to experiment by exploring their creative side. Although most were “Sunday Artist,” a few were more serious and later became well-known Southern artists.

Although it is clear Fitzpatrick wanted his students to develop their own personal style, Fitzpatrick’s influence is apparent in examining the work of other colonists. His influence is particularly visible through brushwork and the use of color and light; some colony descendants commonly refer to this distinction as “the colony style.” The colonists’ choice of subject matter could be classified as one of regionalism, an artistic focus that shunned city life in favor of common rural scenes. The colony’s legacy is broad and varied. Some of the colonists were instrumental in founding some of the South’s finest regional art museums, including the Montgomery Museum of Fine Arts and the Mississippi Museum of Art, while others left their mark as prominent educators on both the primary and secondary level. Colonist Frank Applebee left his most prominent mark in Auburn. Applebee was responsible for the 1948 acquisition of the core collection of Auburn’s Jule Collins Smith Museum of Fine Art, which is today estimated to be worth millions.

—Based on an essay by Lynn Barstis Williams Katz, PhD 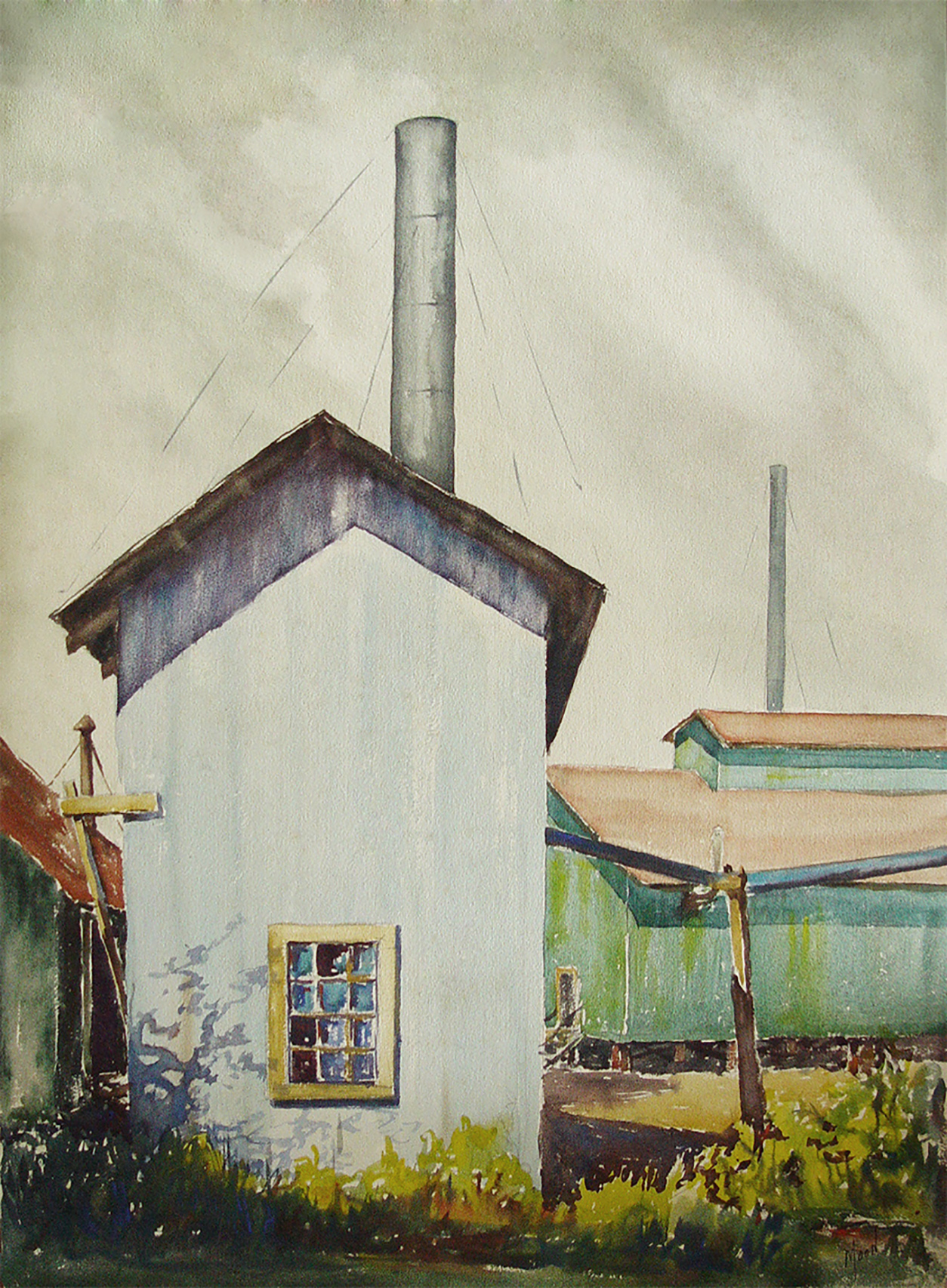 Help us frame, mat, and restore this painting. Your charitable, tax-deductible gifts is needed to make this Shiney Moon painting ready for display. 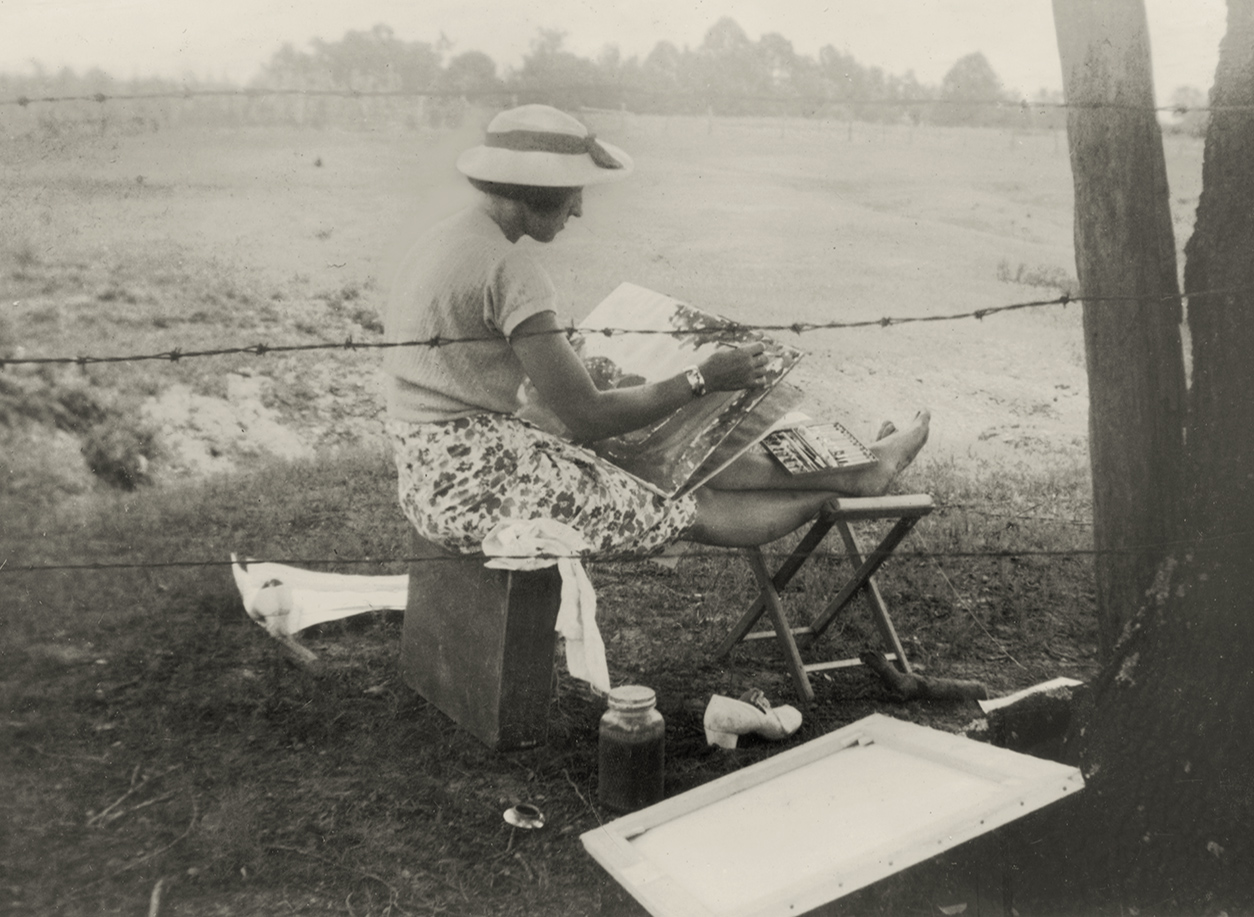 Your ticket for the: About the Colony