May 1, 2021
No comments yet
Additions to Our Collection, Director's Blog, News

It certainly is not unusual for signatures to be challenging to read. Several years ago, the daughter of DAC co-founder Warree LeBron showed me a watercolor painting that she said was painted at Warree's restart of the Dixie Art Colony in Coosa County, Alabama. This revival started in 1955 and continued for approximately five years.

Regretfully, at the time, I did not ask many questions about the painting of Hatchet Creek. This painting, which was recently donated to the DAC Foundation by the family of Sally LeBron Holland, prompted me to conduct more research on the painting's signature. After several months of trying to decipher the signature, I was finally successful. This research led to the discovery of what I think is one of the most compelling stories we have shared to date. According to recently discovered newspaper articles, the artist T. Christenko participated in the Coosa County Dixie Art Colony revival in 1957, 1958, and 1959.

The artist Tatiana "Tanya" Pavlovia Strelkoff Christenko was born on July 8, 1922, in Cherepovets Vologda Oblast, Russia, located between the cities of Moscow and St. Petersburg. It was there that her love of fine art and classical music began. She was the daughter of Paul G. Strelkoff and Lydia P. Potapoff. After Tanya married Russian classical violinist Vladimir Christenko in 1943, much to their despair, they were separated. Vladimir was sent to Poland with a group of musicians and theater players, and Tanya was sent to Germany to work in a factory. 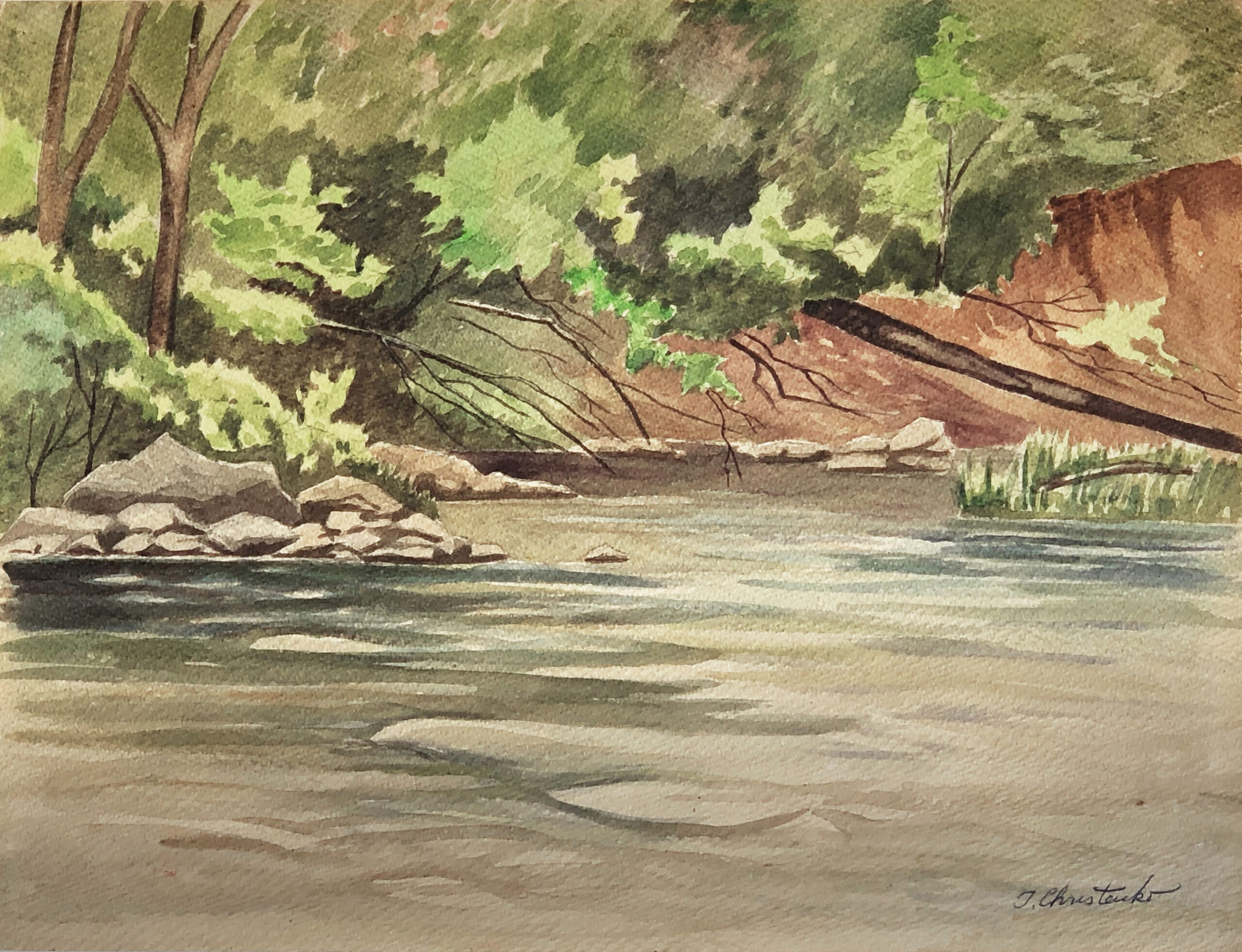 In an article dated November 20, 1951, published in The Birmingham News, Tayna is quoted: "After 14 months in Germany, a friend told me that Vladimir had come to Germany. One day when tensions were high, the Germans brought a band of musicians to play for factory workers—music for hungry, displaced persons but no food. Due to tension brought on by invading Russians and Americans, no one noticed when I joined the musicians. We pressed on—always toward the American Army. On the march, I made contact with Vladimir. He told the Germans I was a dancer—sick from lack of food. I managed to stay with them until we gained passage to America. AMERICA is a wonderful country." The couple immigrated to the United States on November 7, 1949. 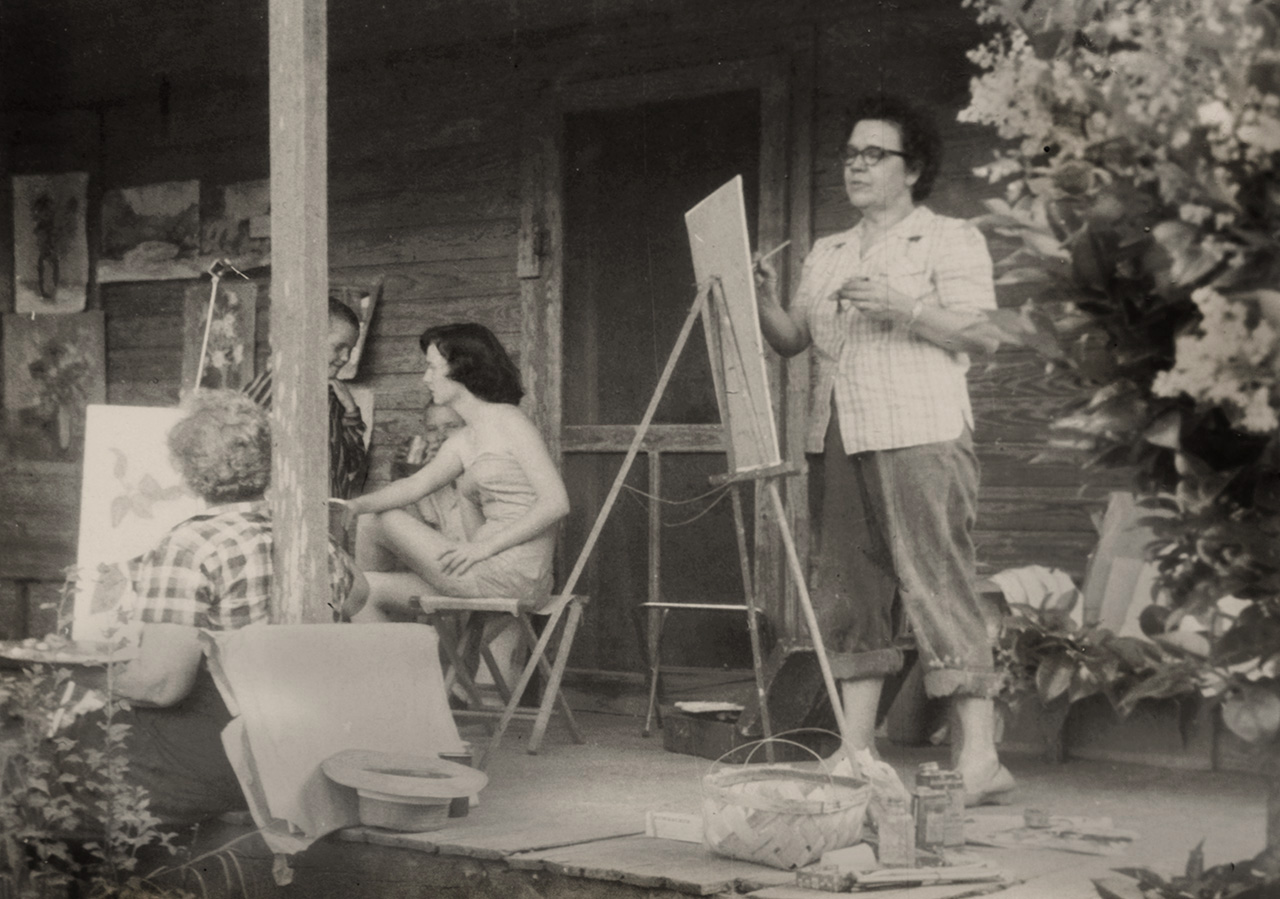 The photograph shown above is of the revived Dixie Art Colony in Coosa County. We have compelling evidence that suggests the lady standing at the easel may be Tanya Christenko.

According to Tanya, musical talent saved their lives. They arrived in New York City via Amberg, Germany, and made their first home in the United States Birmingham, Alabama, where Vladimir joined the symphony. They both became U.S. citizens in 1956. The couple later moved to Kansas City, Missouri, where Tanya studied art at the Kansas City Art Institute. She later worked as an artist for Emery Bird Thayer, a local department store. Her husband Vladimir secured a position as a violinist with the Kansas City Symphony. After the closing of Emery Bird Thayer, she joined Macy's advertising staff, where she worked as an artist for many years.

In addition to being an accomplished watercolor artist, she was also a highly accomplished pianist. Tanya's husband, Vladimir, passed away in 1981. They had one child that died shortly after birth. Tanya passed away in Kansas City on October 1, 2002, at the age of 80.

Your ticket for the: Another Mystery Solved