June 10, 2021
No comments yet
Additions to Our Collection, Director's Blog, News, Uncategorized

Two oil portraits by River Region artist Barbara Binford Davis have been added to the DAC Foundation "New Generation Collection." The "New Generation Project" began in 2016 at the Fitzpatrick-Mehearg Farm located in Elmore, Alabama, where the DAC Foundation held a program about the history of the property once owned by Governor Benjamin Fitzpatrick and later artist Kelly Fitzpatrick. Also, at this location, one of many where the colonists assembled to practice their craft, local artists gathered for a Plein air painting session. 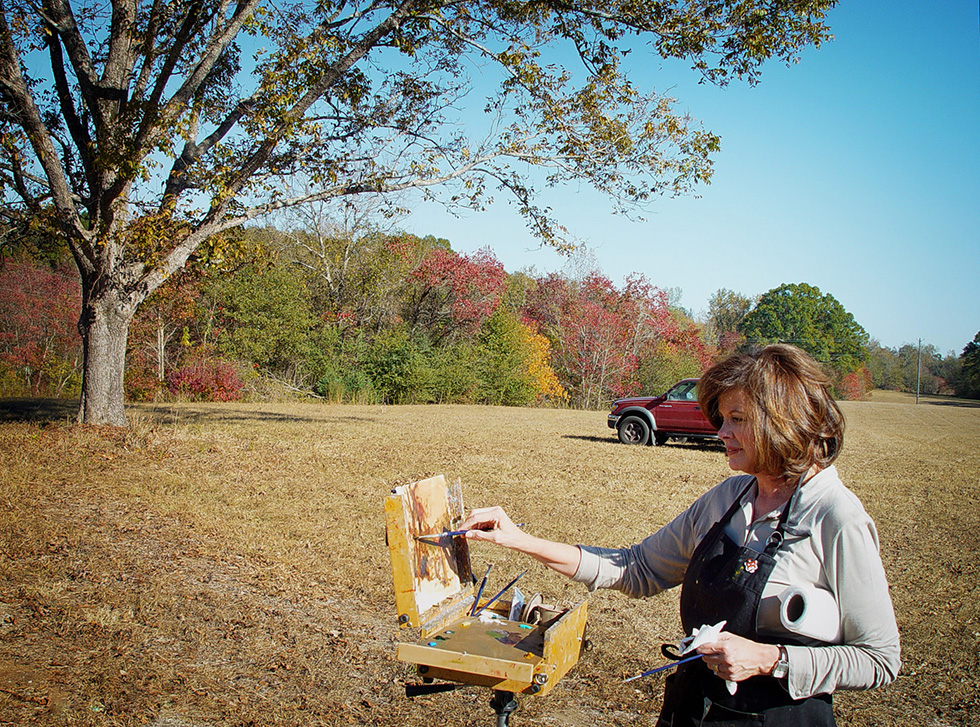 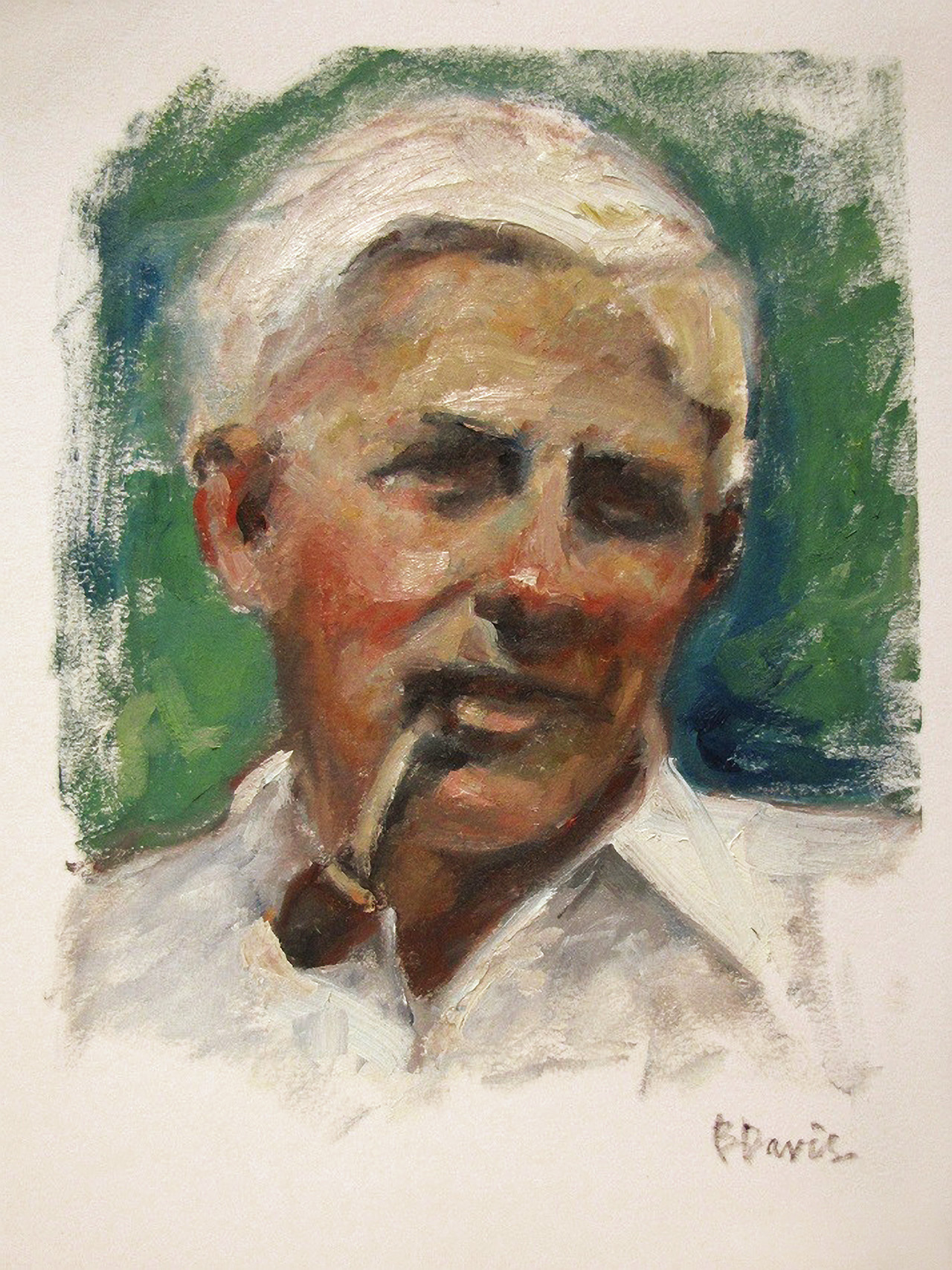 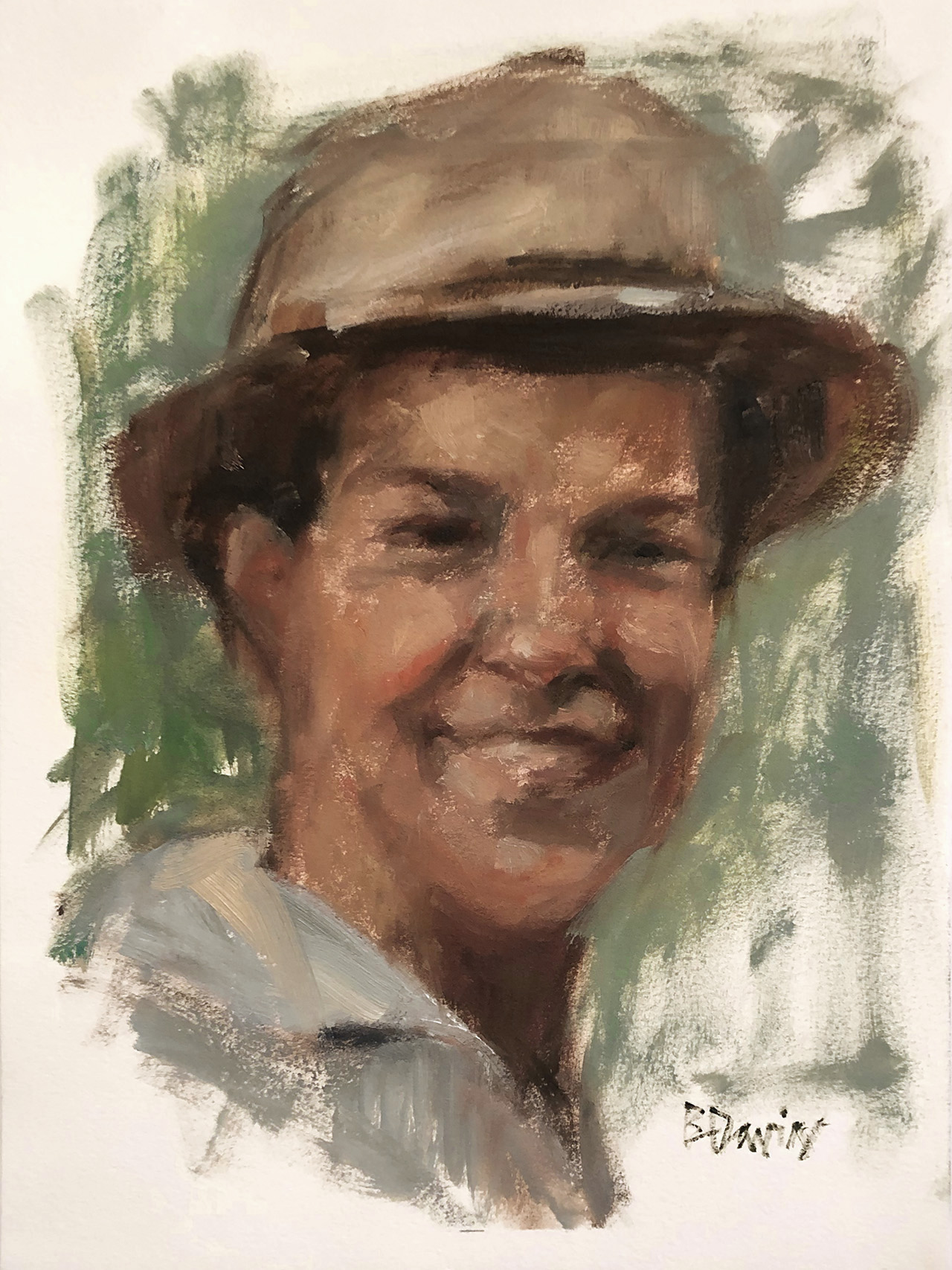 Thank you Barbara Binford Davis for your participation and your generous donation.

BARBARA BINFORD DAVIS: Born and raised in Montgomery, Alabama, Davis has been painting since the age of fourteen. She graduated from Auburn University Montgomery in 1987 with a bachelor’s degree in Fine Art. While beginning her career as an artist, Davis worked in the banking industry with the steadfast hope of eventually becoming a full-time artist.

Davis began painting portraits in the mid-1990s, but in 2004, she began painting en plein air. According to Davis, plein air painting profoundly changed her life. “My work improved and it opened doors to meet other artists, join painting groups and study with many well-established artists from across the country.” After years of studying and painting, in 2010, her dream of working as a full-time artist came true. “I am so grateful to the incredible teaching artists who have been willing to share their knowledge with me.”

Through her impressionistic painting, Davis has become a master of light. All of her paintings have a radiant quality. “I have found the common threads for all of my painting subjects – whether the sky, the landscape, florals or figures – are light and its effect on the subject. I am hungry to learn more; to notice more; to capture more of the effect light has on color, value, and the modeling of form. It is my goal to create, not a photographic realism, but an impression of light.”

Davis has received numerous awards. In 2017, she was named as one of Auburn University Montgomery's "Top 50 at 50."

To learn more about Barbara Binford Davis, visit her website at: BarbaraDavisArt.com

Images may not be used or reproduced without permission.  Dixie Art Colony Foundation, Wetumpka, Alabama

Your ticket for the: Barbara B. Davis Paintings Added to DAC Foundation Collection