December 20, 2020
2
Additions to Our Collection, Director's Blog, From the Archives, News, Richard B. Brough

Shown is ONE of THREE watercolor paintings by DAC artist Richard Burrell Brough, along with some of the Brough related ephemera recently added to the DAC Foundation collection.

Richard Burrell Brough was born on May 31, 1920, in Salmon, Idaho. Brough participated in the Dixie Art Colony in 1948, the same year he joined the teaching staff at the University of Alabama in Tuscaloosa. Within a year, he was named head of the UA Art Department. 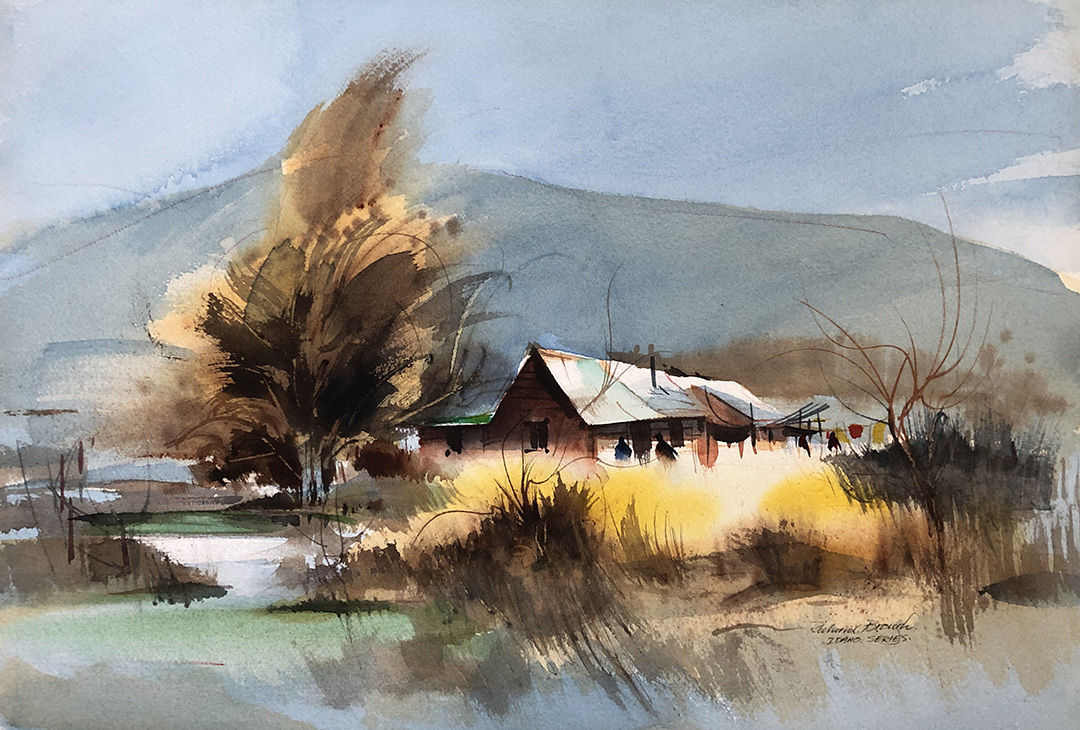 Brough's career as an artist began in earnest during World War II while he served in the Special Services of the U.S. Air Force as an artist. After more than four years in Texas and at the European Theatre, an area of heavy fighting across Europe, he graduated from Chouinard's Art Institute in Los Angeles. The Chouinard Art Institute was a leading professional art school founded in Los Angeles in 1921. It was later absorbed into the California Institute of the Arts. After his graduation, Brough trained in San Antonio, Texas, at the Witte Museum/San Antonio Museum of Art, and in Paris, France, at the Académie de la Grande Chaumière. He also worked with motion pictures and television and as a free-lance artist.

Brough began his teaching career as a graphic designer. In 1985, after 37 years of service, he was awarded UA's highest teaching honor, the Outstanding Commitment to Teaching Award. He was nominated for the award by former students, many of whom described him in nomination letters as "the best teacher I've ever had." For 15 years, Brough also commuted to Birmingham, where he taught watercolor classes for the University Center Continuing Education Program. 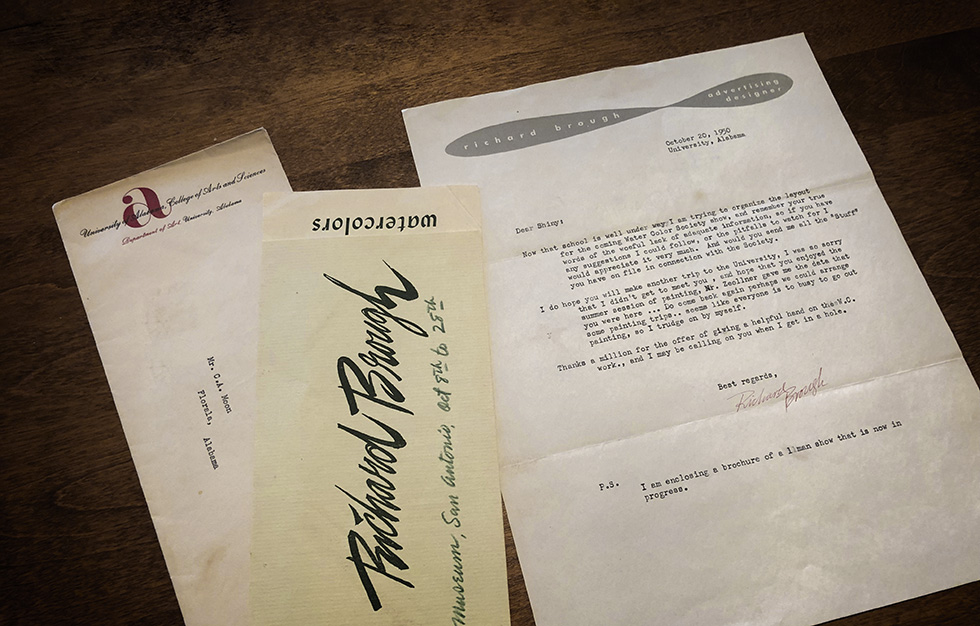 In 1992, the Society for the Fine Arts at the University of Alabama presented Brough with its Distinguished Career Award. In 1993, the University awarded him an honorary Doctorate of Humane Letters to recognize his remarkable career in teaching and commercial art. 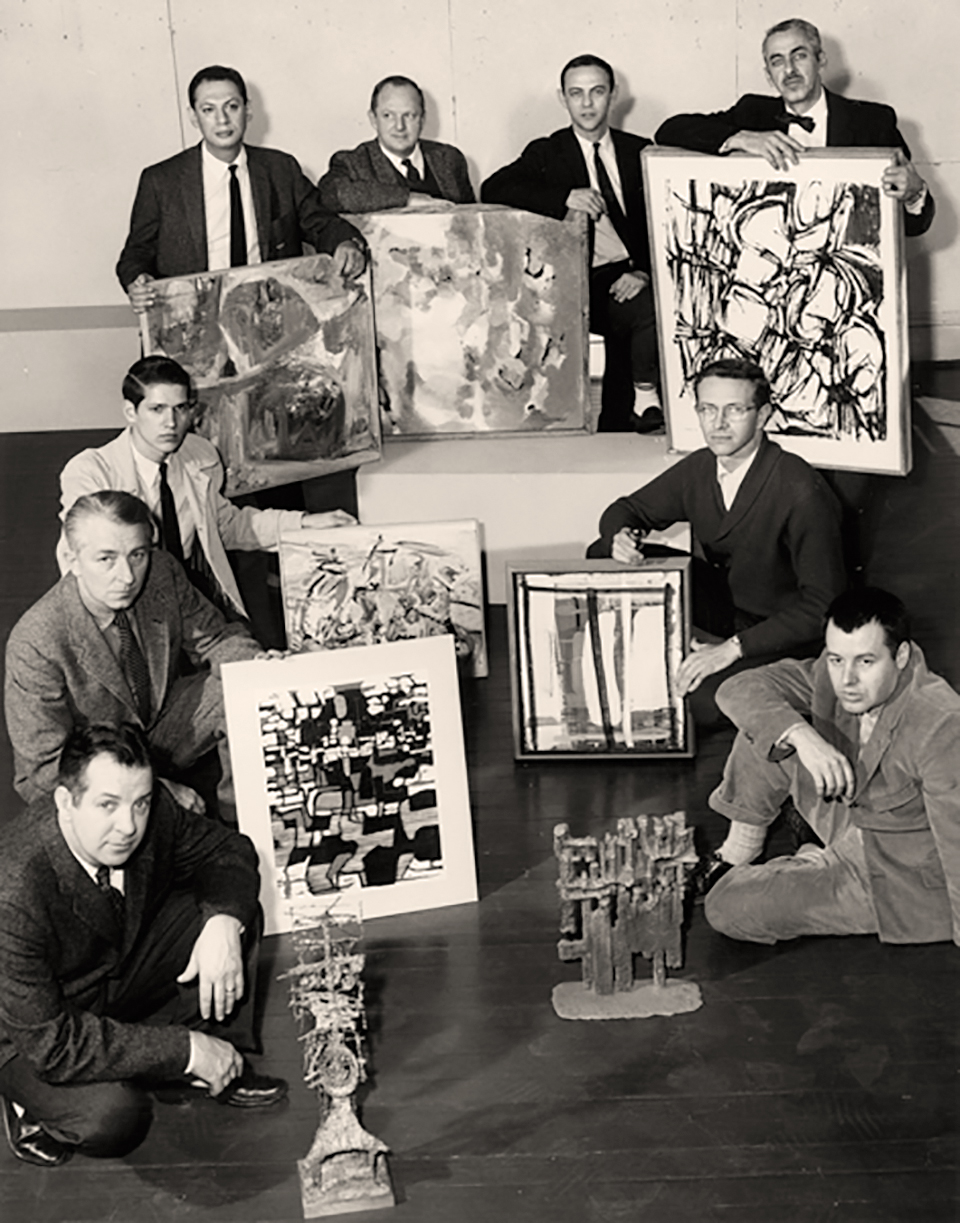 Brough exhibited his work domestically and internationally, holding more than 100 one-person exhibitions across the globe. In the United States, his paintings were shown from coast to coast in many prestigious venues such as the New York World's Fair art exhibition and the Metropolitan Museum of Art in New York City. In Alabama, his work has been displayed at the Montgomery Museum of Fine Arts and the Birmingham Museum of Art. Internationally, his work was included in traveling exhibitions in the Far East. 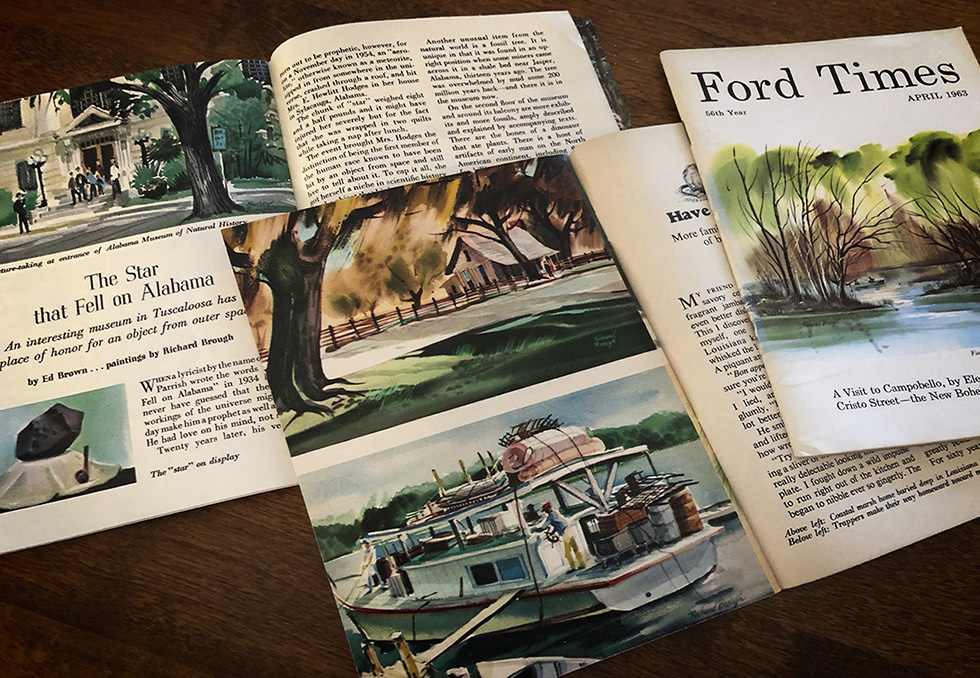 Shown are three of seven "Ford Times" magazines from the DAC Foundation archives featuring watercolors by Richard Brough. In April of 1963, one of his paintings of the Black Warrior River appeared on the cover. Brough had more than 200 paintings published in "Ford Times."

Brough's illustrations appeared in "American Artist" magazine and the "World Book Encyclopedia." He also illustrated a book titled "99 Fables" and a recipe book featuring a collection of Bon Secour, Alabama recipes. Brough is best known for his watercolor paintings capturing scenes from throughout the United States and his extensive travels in Central America, South America, Italy, China, and Malaysia.

During Brough's tenure at UA, he combined teaching with a successful career as a commercial artist. He maintained a private studio in Tuscaloosa, Alabama, until his death on December 22, 1996, at 76.

Your ticket for the: Richard Brough Acquisitions Part One