December 30, 2020
No comments yet
Additions to Our Collection, Director's Blog, From the Archives, News

Shown are TWO of THREE watercolor paintings by DAC artist Richard Burrell Brough, along with some of the Brough related ephemera recently added to the DAC Foundation collection.

From our research, we know that Richard Burrell Brough was born in Salmon, Idaho. We also know that after studying at the Chouinard Art Institute in California, he moved to Texas, where he trained at the Witte Museum/San Antonio Museum of Art. While the two paintings shown are not titled, they came from the Austin, Texas area and are both dated 1943. Based on census records and the provenance, it would seem fair to assume that the two paintings shown are Texas scenes. 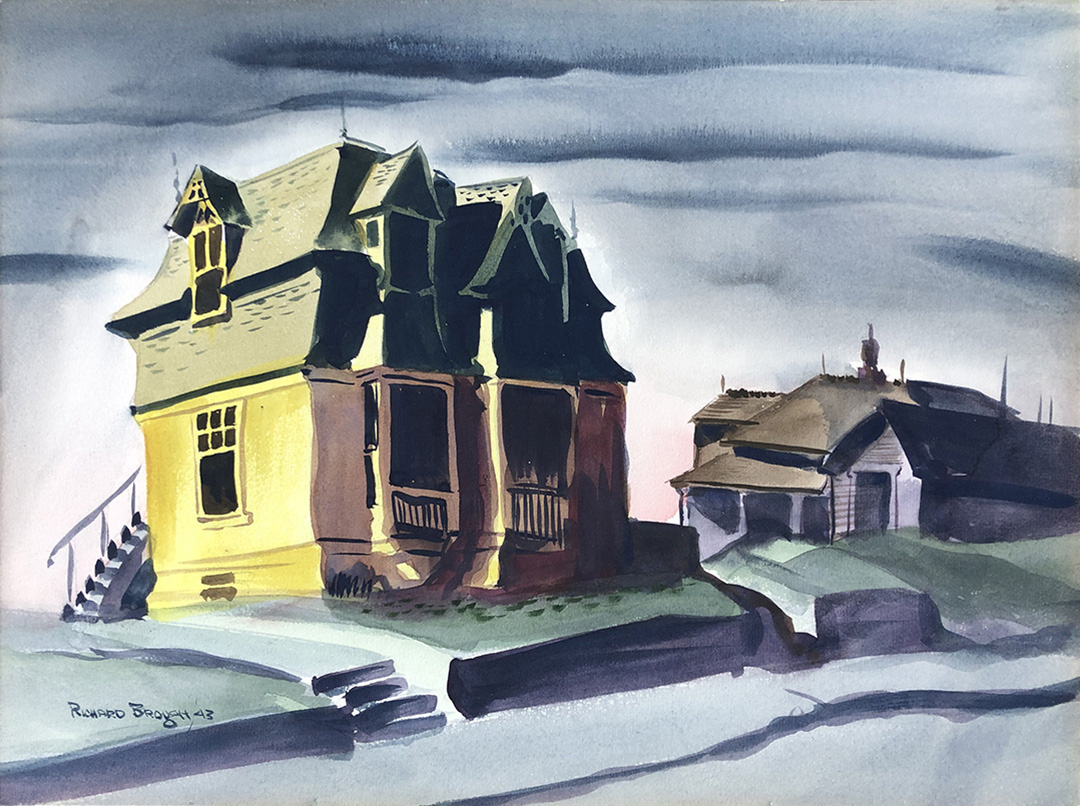 There are also clues about the scenes' location present in the compositions. One not so obvious clue is the presence of lightning rods on the roofs of the houses in the first painting. At one time, this was common in Texas. Texas has long been called the capital of lightning strikes. In 2019, Texas recorded more lightning strikes than any other state. Also, in the first painting, the houses appear to be sitting on a hill. While we often think of Texas as being very flat, Texas Hill Country is located west of Austin and north of San Antonio. 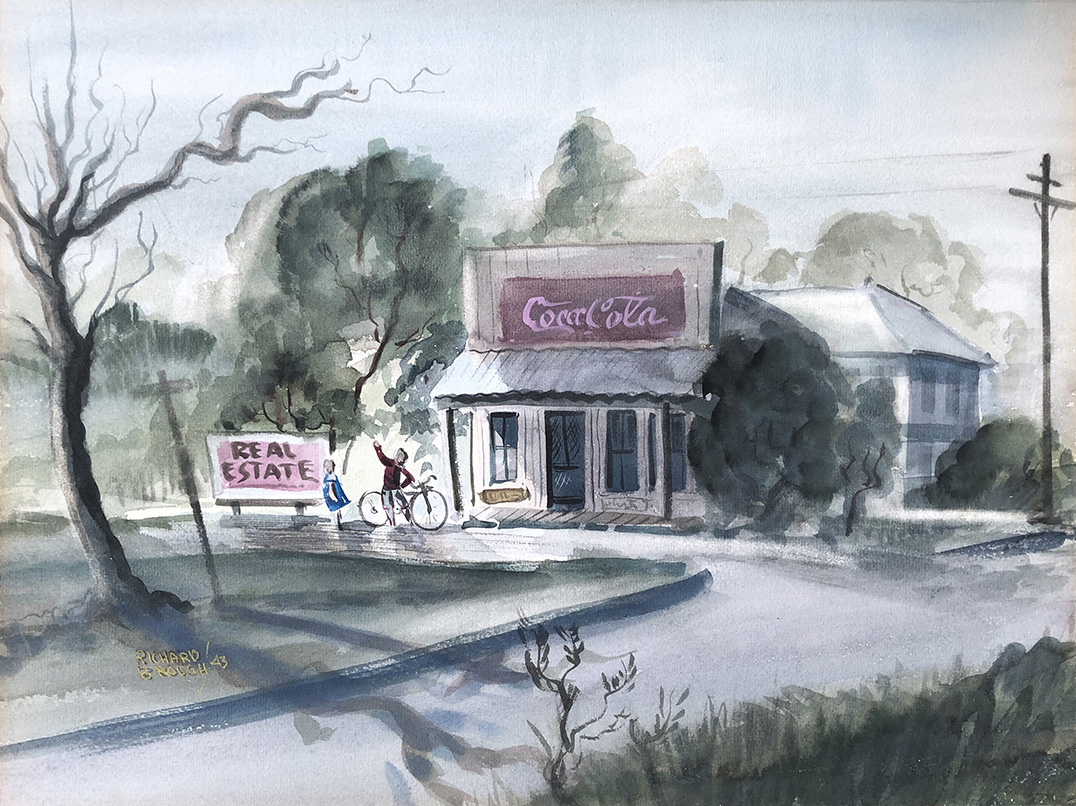 In the second painting, an iconic Coca-Cola sign is prominently displayed on the storefront. This was indeed a common sight during the 1940s in the South. Also, the gnarly tree branch is indicative of trees found in the deep South.  We know that Brough did not come to Alabama until 1948, the same year he joined the faculty at the University of Alabama and attended the Dixie Art Colony. Therefore, it is unlikely that they are Alabama scenes. 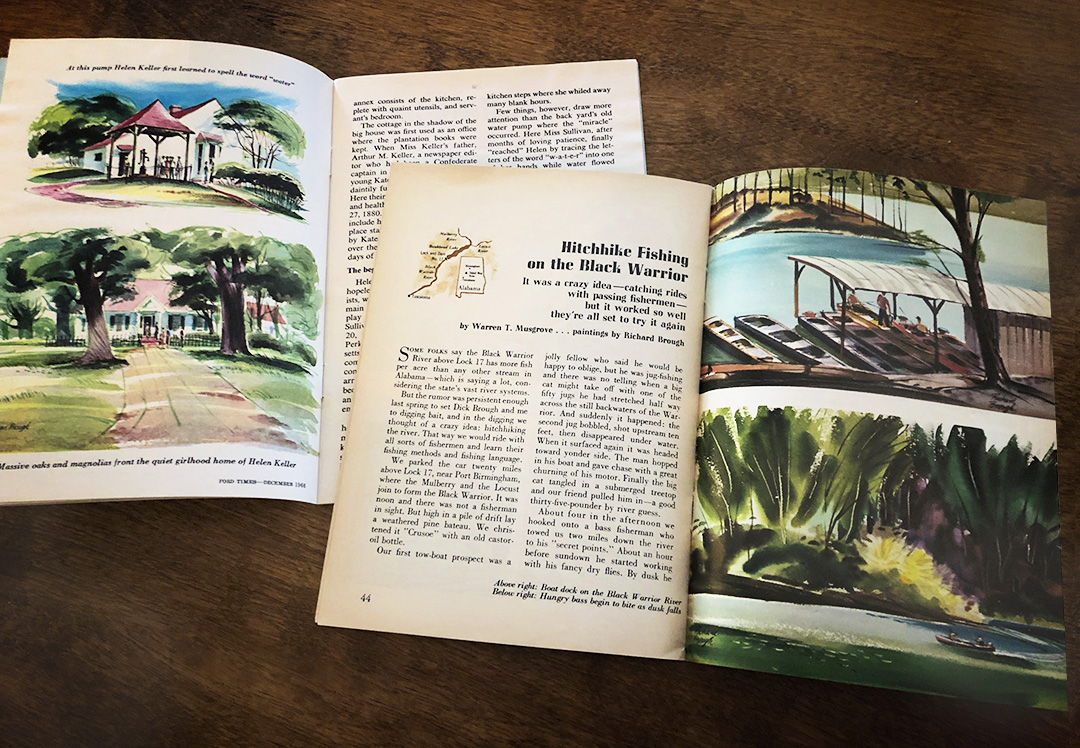 Shown are three of seven "Ford Times" magazines from the DAC Foundation archives featuring watercolors by Richard Brough. He had more than 200 paintings published in "Ford Times." 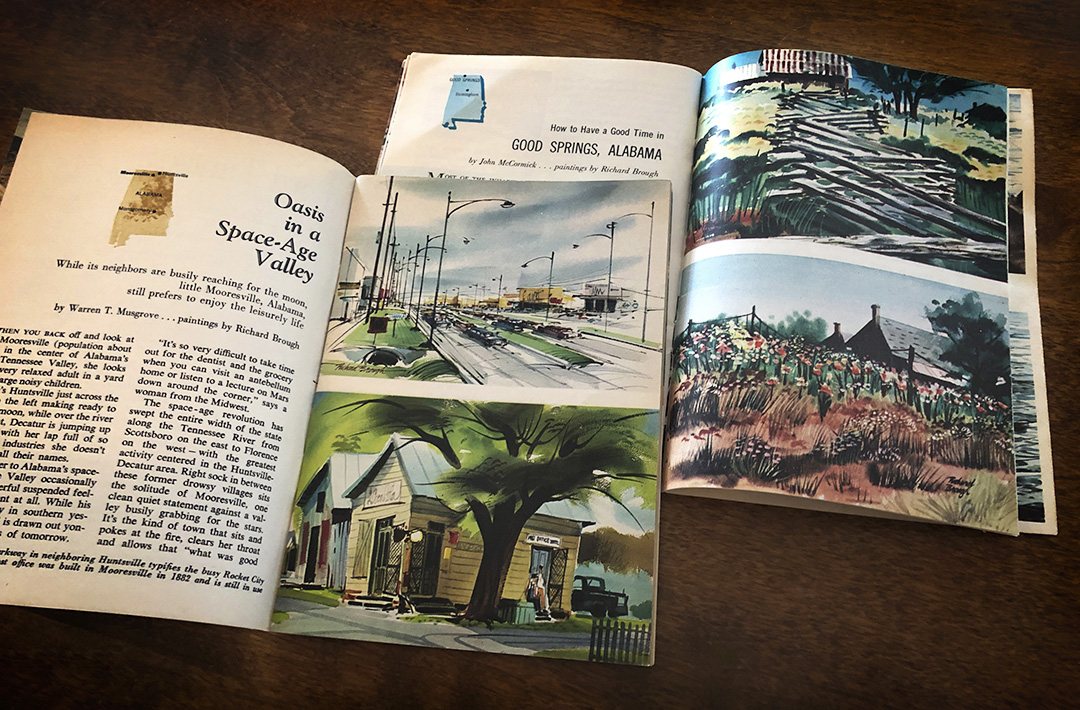 Shown are two of seven "Ford Times" magazines from the DAC Foundation archives featuring watercolors by Richard Brough. He had more than 200 paintings published in "Ford Times."

Your ticket for the: Richard Brough Acquisitions Part Two