OUR LARGEST DONATION TO DATE

As mentioned in our September 2, 2019, blog post, "Our most prized donations are the UNSOLICITED DONATIONS." Since launching the DAC Foundation website on December 1, 2015, our website has led to numerous unsolicited donations, including our LARGEST DONATION TO DATE. 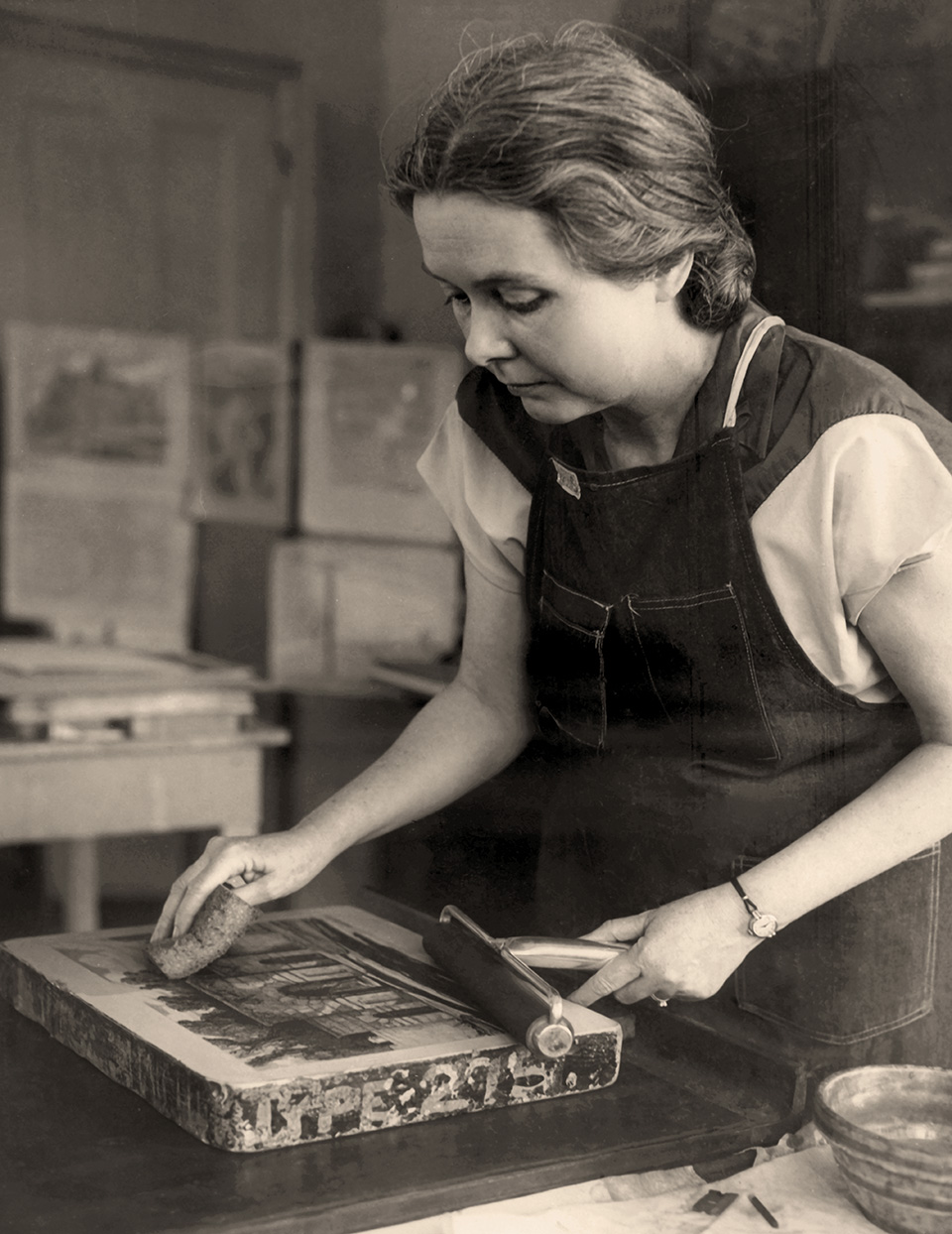 In late July of 2019, we were contacted through our website regarding the possible donation of a vast collection from the estate of the late DAC artist Doris Alexander Thompson. The extensive artwork collection includes a large group of stone lithographs, sketchbooks, and numerous paintings. In addition to the artwork, the collection also includes lithograph stones, a rare lithography press with accessories, numerous scrapbooks, art books, vintage photographs, and several manuscripts and poems written by Alexander Thompson. According to an article published in the "Montgomery Advertiser" on October 5, 1947, at the time, Alexander Thompson owned one of the few lithography presses in the South. 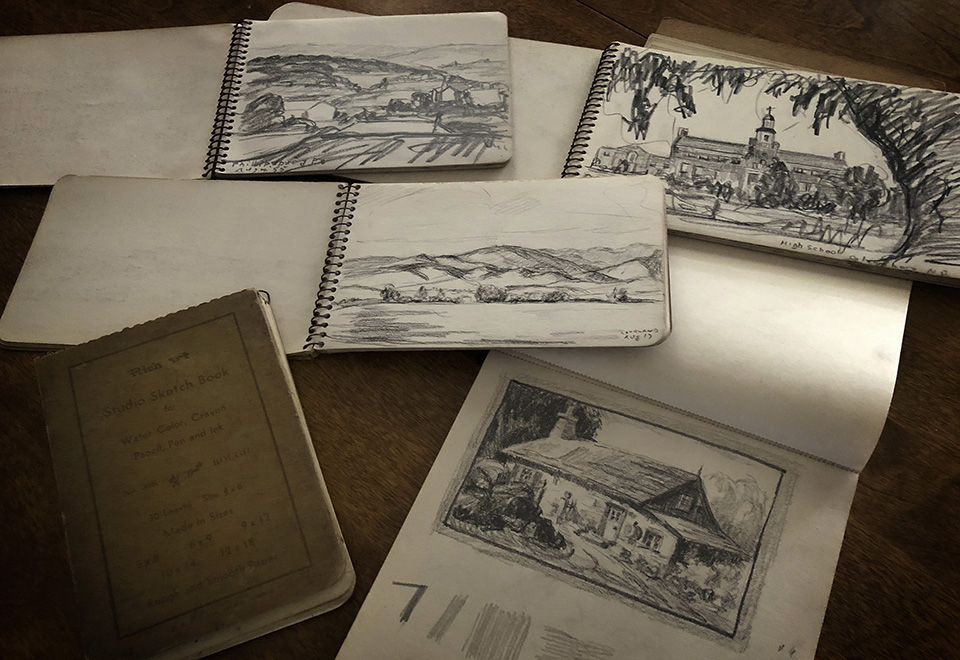 Shown are a few of Doris Alexander Thompson's smaller sketchbooks.

On August 20, 2019, I traveled to the beautiful city of Foley, Alabama, located just east of Magnolia Springs, where Alexander Thompson retired, to view the collection and meet with Bill Swanson, the executive director of the Holmes Medical Museum. According to Swanson, after Alexander Thompson's death, the collection was bequeathed to the Foley Art Foundation. However, the Foley Art Foundation lacked the resources to preserve and display the large collection.  Therefore it was transferred to the Holmes Medical Museum in Foley. Even though the collection did not fit the medical museum's mission, the museum had space to house and display part of the collection. The transfer of the collection to the DAC Foundation was expected to occur in the spring of 2020. However, due to COVID-19 and the suspension of in-person board meetings for both organizations, the transfer was delayed. 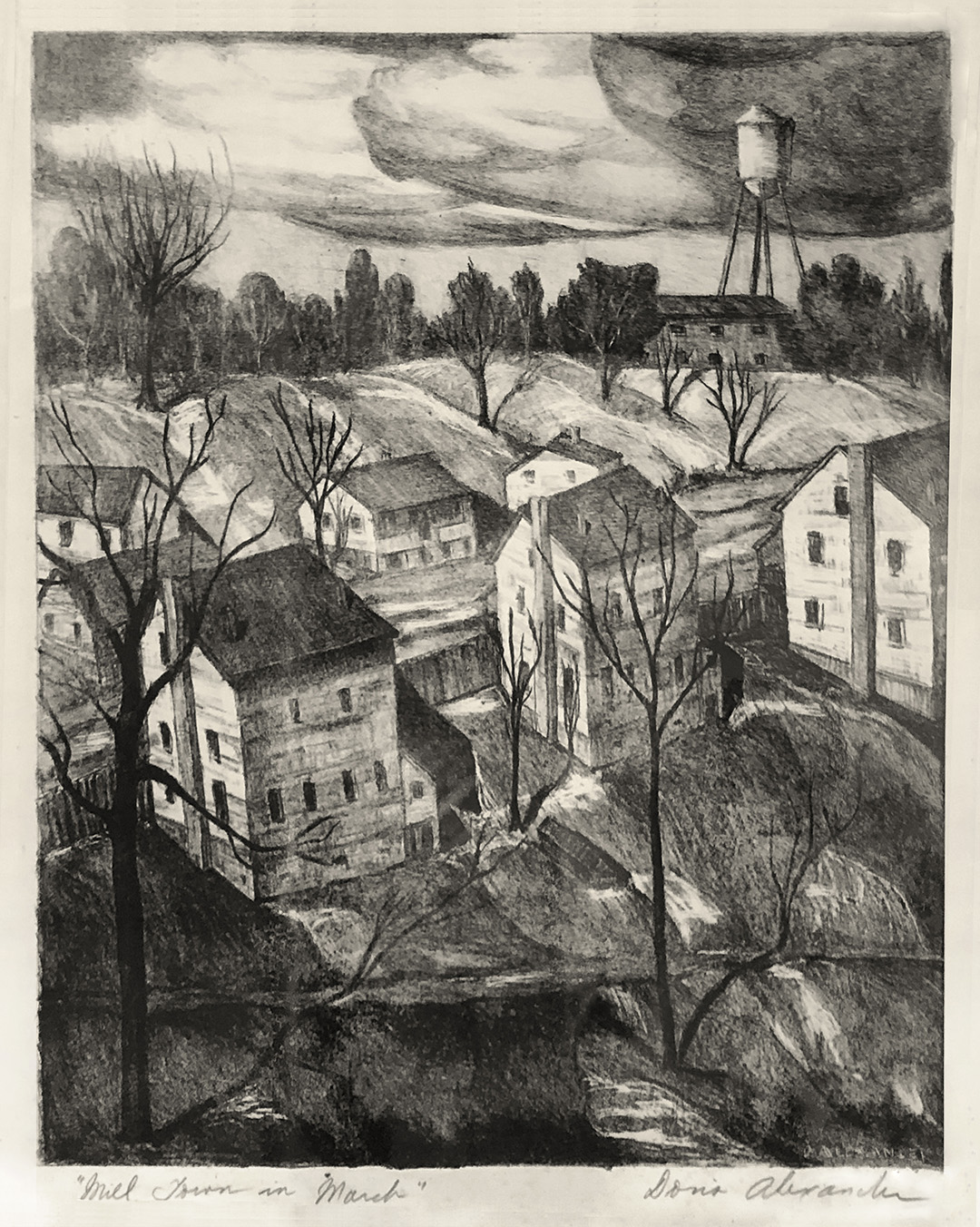 A comprehensive inventory of the collection does not exist. However, based on a quick review of the collection, there appear to be numerous paintings, more than 200 stone lithographs, and more than 200 drawings. Now that the collection has been moved to Wetumpka, we will begin inventorying, photographing, scanning, and cataloging. Due to the collection's size, this process will take a significant amount of time to complete. Once the inventory is complete, we will begin the process of archival framing, matting, and photograph and document restoration. Paper works of art will be placed in acid-free mats, framed and glazed with conservation glass. It is clear that the collection has significant historical and intellectual value in addition to its monetary value. 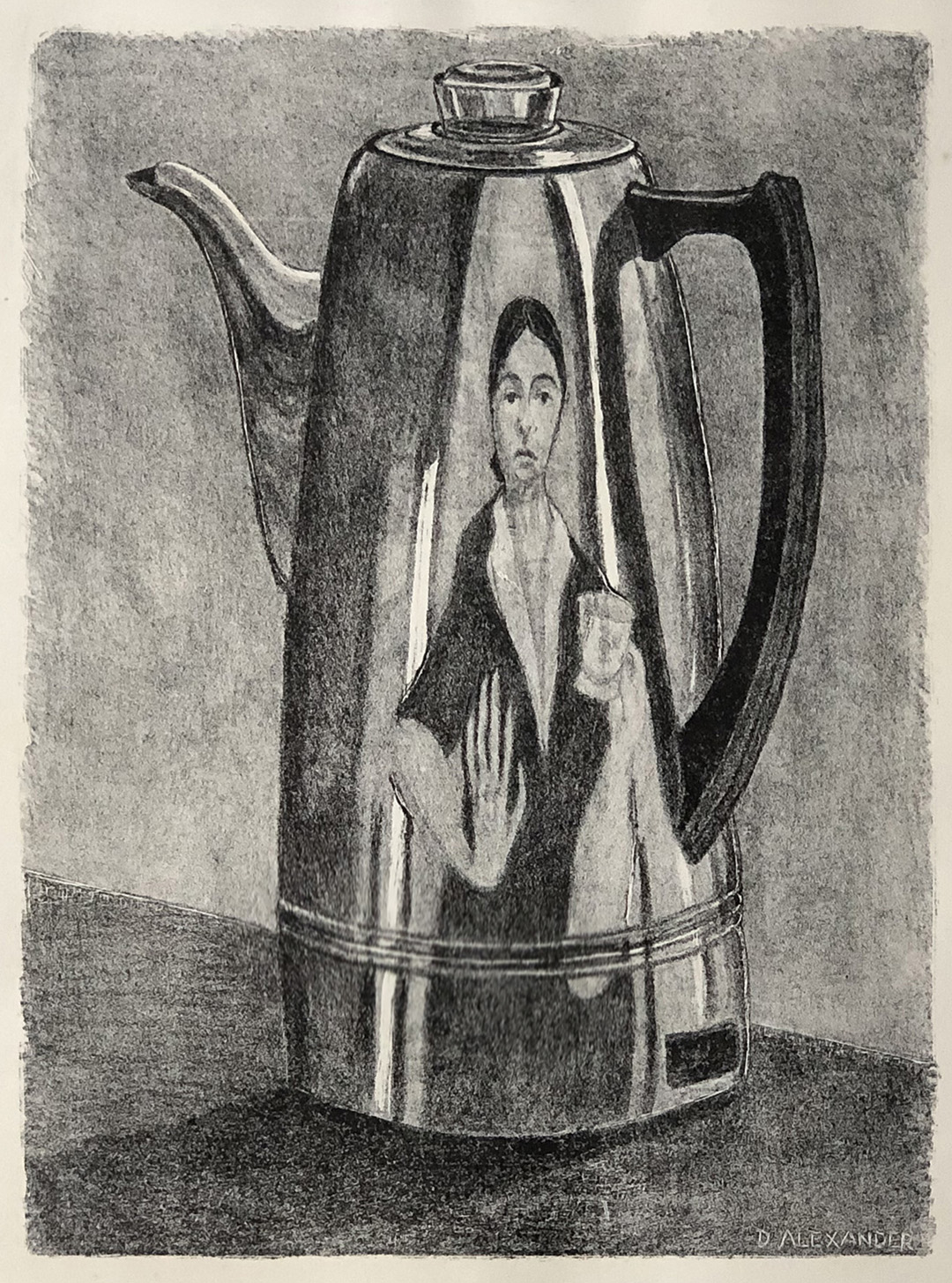 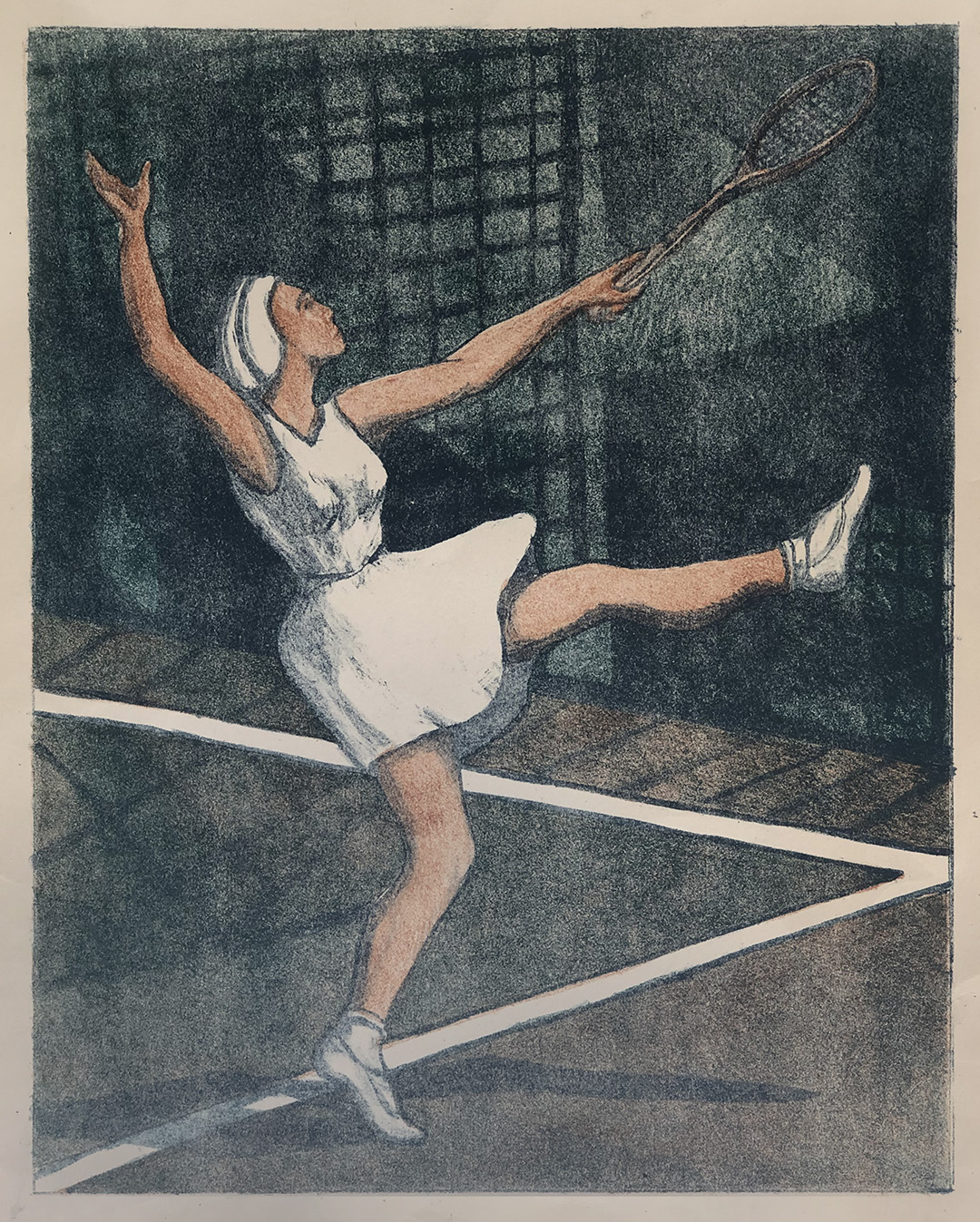 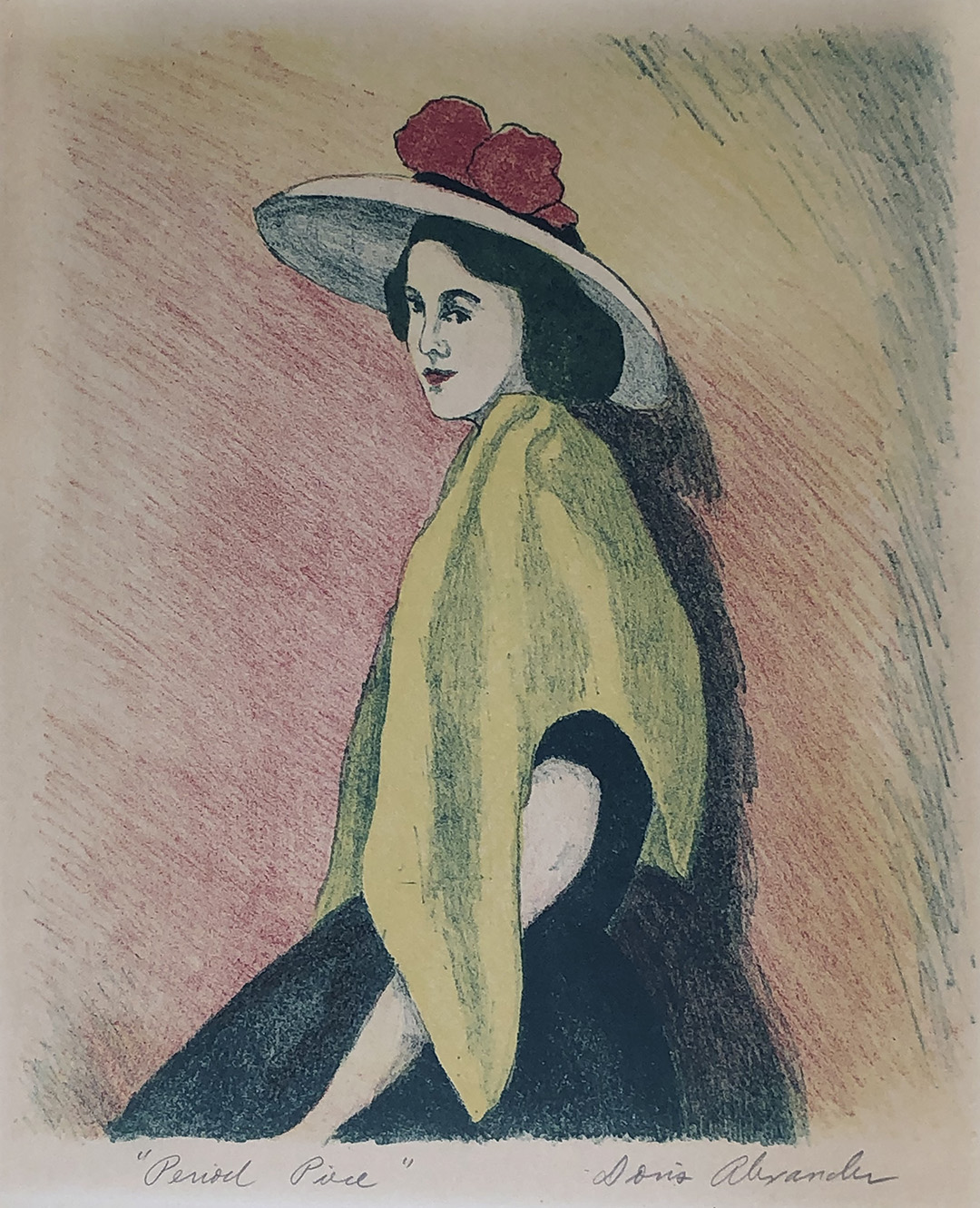 We are excited to bring this large and rare collection to Wetumpka. A sampling of Alexander Thompson's work will be included in the DAC Foundation's Winter 2021 Exhibition, which will open in January of 2021 at the DAC Foundation Gallery located at 219 Hill Street in downtown Wetumpka. Planning for an exhibition titled "DORIS ALEXANDER THOMPSON: The Art of Lithography" is well underway.

Your ticket for the: OUR LARGEST DONATION TO DATE

OUR LARGEST DONATION TO DATE