Learn about Alabama’s Federal Art Projects and how some of the projects are connected to Elmore County's Dixie Art Colony. 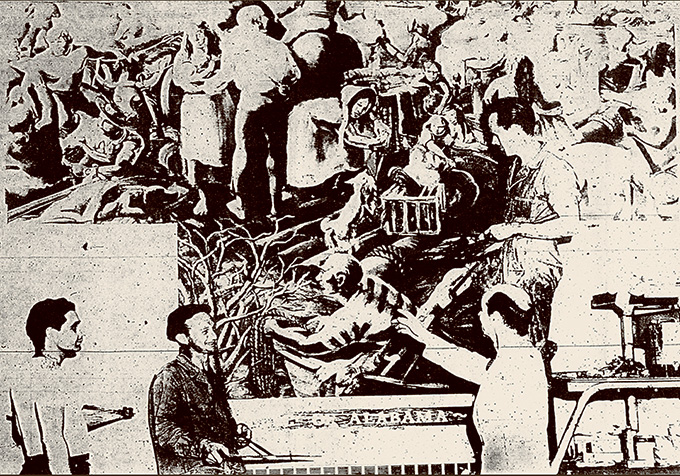 Through his research, Harris confirmed that five of the artists involved with the Dixie Art Colony, including Dixie Art Colony co-founder Kelly Fitzpatrick participated in the New Deal Art Programs.

With the assistance of Karen Henricks, Ph.D., Harris was the first to confirm that the four mural-sized paintings depicting Alabama’s early history, which were placed in the custody of the Elmore County Board of Education in 1964, were created through one of the New Deal Federal Art Projects. In early 2014, Harris also confirmed that one of the artists involved in the large project, E. Herndon Smith, was in fact a participant in the Dixie Art Colony.

Beginning on JANUARY 17, 2019, the Dixie Art Colony Foundation will present the first in a series of programs about Alabama’s Great Depression-Era New Deal Art Projects. Some of the DAC Foundation programs in the series will focus on their connection to the Dixie Art Colony, including the four large paintings now housed in the Wetumpka High School library. One of the programs will include newspaper clippings and rare images of the Elmore County BOE Alabama History paintings from a 1942 newspaper. The photographs show the artists working on the paintings prior to their completion.

PRESS RELEASE  |  More details about this series of programs will be available soon.

Your ticket for the: COMING: Alabama’s Federal Art Projects