Success Is Not Obtained Overnight

January 31, 2019
No comments yet
Additions to Our Collection, Director's Blog, News

While preparing the introduction for our September 19, 2018, DAC Foundation “Lunch & Learn” program featuring “Dixie Art Colony: A New Generation” artist Barbara Binford Davis, I made a decision to include some information about some of the latest gifts presented to the DAC Foundation. As I was reading some of the recently gifted ephemera, I was reminded that most organizations, no matter how large or small, started with nothing more than an idea and a vision. As part of my daily rituals, I read several motivational quotes each day. One such quote by Israelmore Ayivor: “Every castle once started out as a single block,” serves as part of the inspiration for this blog post. 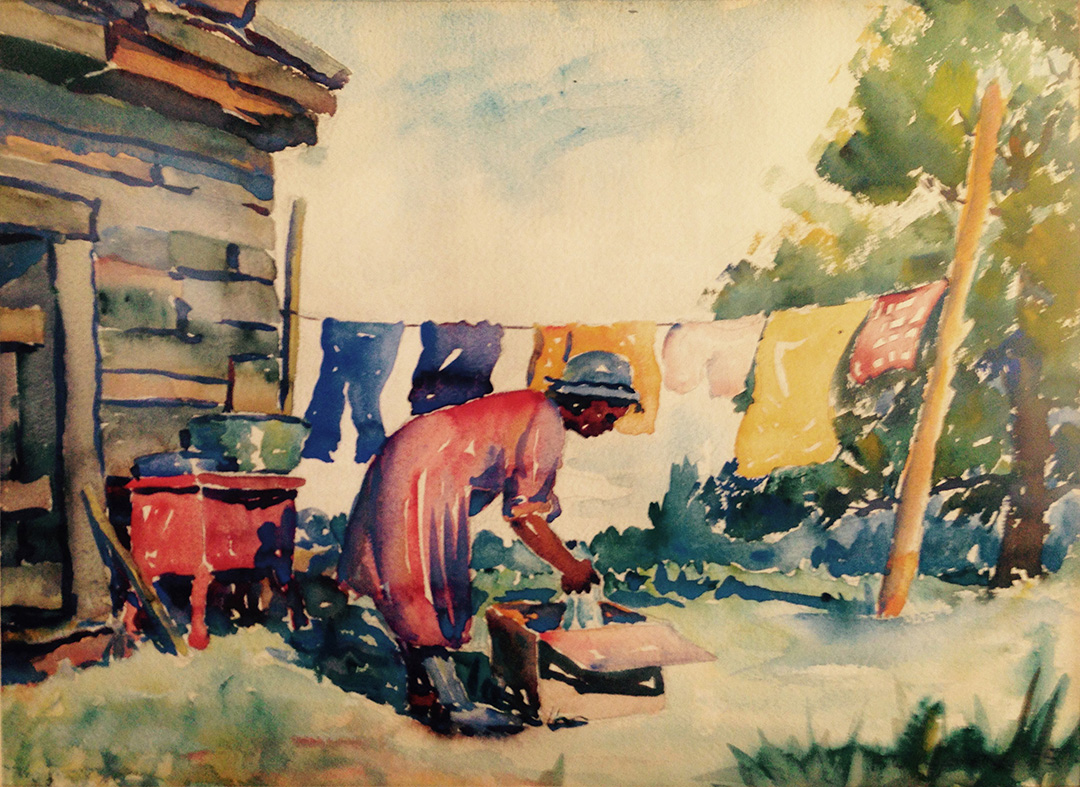 As a Wetumpka native, I knew that Wetumpka artist John Kelly Fitzpatrick was one of the visionaries behind the Montgomery Museum of Fine Arts. And from reading and studying the DAC Foundation Archives I also knew that Dixie Art Colony artist Karl Wolfe was one of the founders of an organization that later became the Mississippi Museum of Art located in Jackson Mississippi. However, until I started reading a document included in one of our recent gifts, I was not aware that some of the colonists were instrumental in the founding of the Mobile Art Association in 1943 and later the Mobile Art Gallery, a venue for the MAA to show their work. Today the MAA’s Mobile Art Gallery is known as the Mobile Museum of Art.

Let us not forget the visionary roles that Dixie Art Colony guest instructors Frank Applebee and Lamar Dodd played at Auburn University and the University of Georgia. Today Applebee is known as the founder of the Art Department at Auburn University and one of the key individuals responsible for the 1948 acquisition of the core collection of Auburn’s Jule Collins Smith Museum of Fine Art titled “Advancing American Art.” The collection of 36 paintings cost Auburn University a mere $1,072. Currently the collection is estimated to be worth millions. Today the school of art at the University of Georgia is known as the Lamar Dodd School of Art. Life magazine credited Dodd with being “more responsible than any other man for the renaissance of art that has swept the Southeast.”

In September of 2018, we received numerous gifts from the wife and son of the late Watt Jones of Wetumpka. Pat Jones and her son Kelly Fitzpatrick Jones donated a large collection of ephemera and books once collected and owned by the late Kelly Fitzpatrick. A few of the items gifted include a book published in 1851 with an inscription from the author to Alabama Governor Benjamin Fitzpatrick. This book also contains Kelly’s signature and the date 1921. We can only assume that the book was handed down through the family and given to Kelly in 1921. Among the other books was a small red book inscribed as follows: “John Kelly Fitzpatrick, From Presbyterian Sunday School, Wetumpka, Ala., Christmas 1895.” At the time Kelly received this book from his church, he was seven years old. On the inside cover, two of the other books include a label custom designed by Kelly Fitzpatrick for his friend and noted author Francis X. Busch. We suspect these books were given to Kelly by Busch. Among the other books included we found an 1879 copy of “Longfellow’s Poems” inscribed “Miss Aurilia Fitzpatrick, Wetumpka, Ala.” and Kelly’s personal copy of “Green Mansions.”

One of the highlights included in the recent gift by the Jones family was a watercolor painting by Dixie Art Colony artist Frank Applebee. The signed painting, in pristine condition, titled “Wash Day” measures 14”x18” and is dated 1935.

As the DAC Foundation begins its fourth year, we invite you to join us in our quest to preserve and promote this important part of Alabama’s history.  Our Museum Gallery located at 219 Hill Street in downtown Wetumpka is open on Mondays and Wednesdays from 10:00 am until noon, except major holidays. We are also open by appointment.  I will end with another quote by Ayivor that reminds us of the importance of being resolute in our endeavors. “Success is not obtained overnight. It comes in installments; you get a little bit today, a little bit tomorrow until the whole package is given out. The day you procrastinate, you lose that day’s success.”

The best is yet to come!

Your ticket for the: Success Is Not Obtained Overnight

Success Is Not Obtained Overnight