A Retrospective of the Works of Carlos Alpha “Shiney” Moon

Due to COVID-19, our 2020 exhibition and lecture series titled "A Retrospective of the Works of Carlos Alpha Moon," initially rescheduled for September 2021, has been postponed. We are now tentatively looking at the spring of 2022. However, we have not selected an exact date for this month-long event to be held in the city of Andalusia, Alabama.

Should the spread of the virus subside toward the end of this year, we may hold a preview event sometime in December 2021. Each year during the winter holiday season, downtown Andalusia is transformed into a winter wonderland adventure. Therefore, the month of December is a wonderful time to visit Andalusia, named the "Most Festive Holiday Town in Alabama" by the Chicago Tribune. 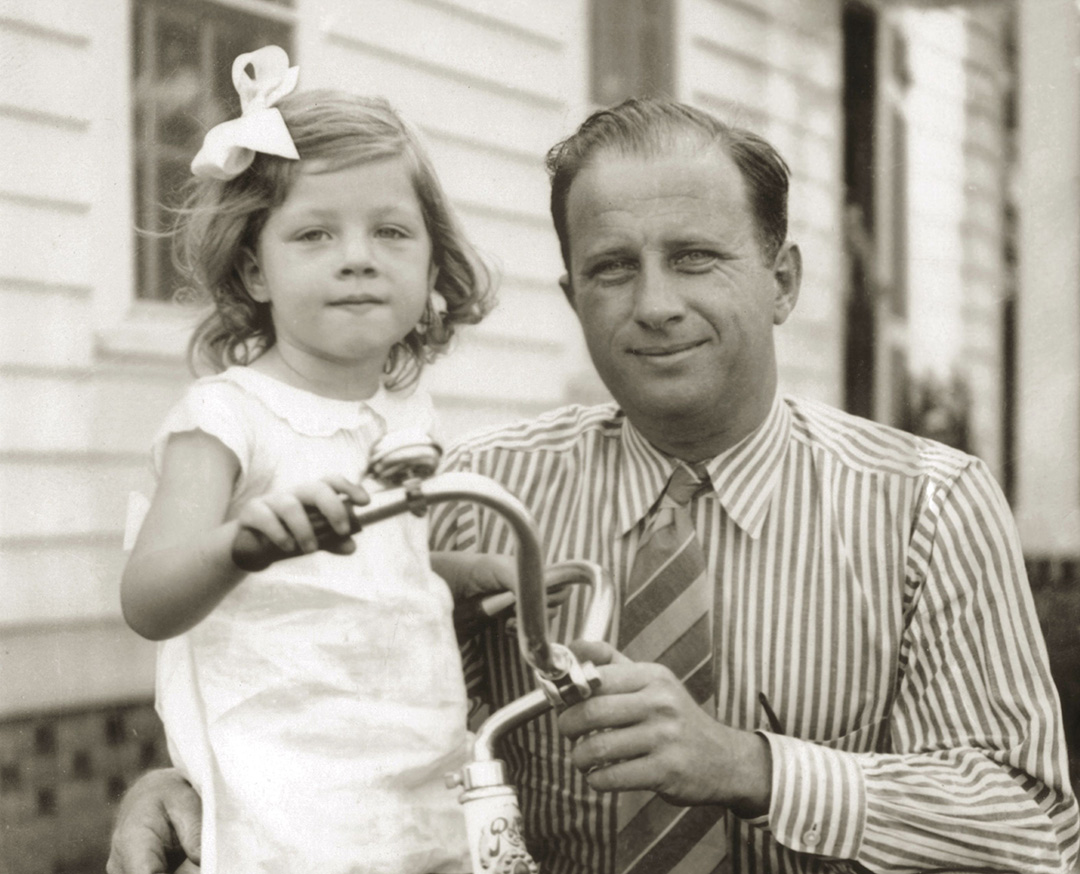 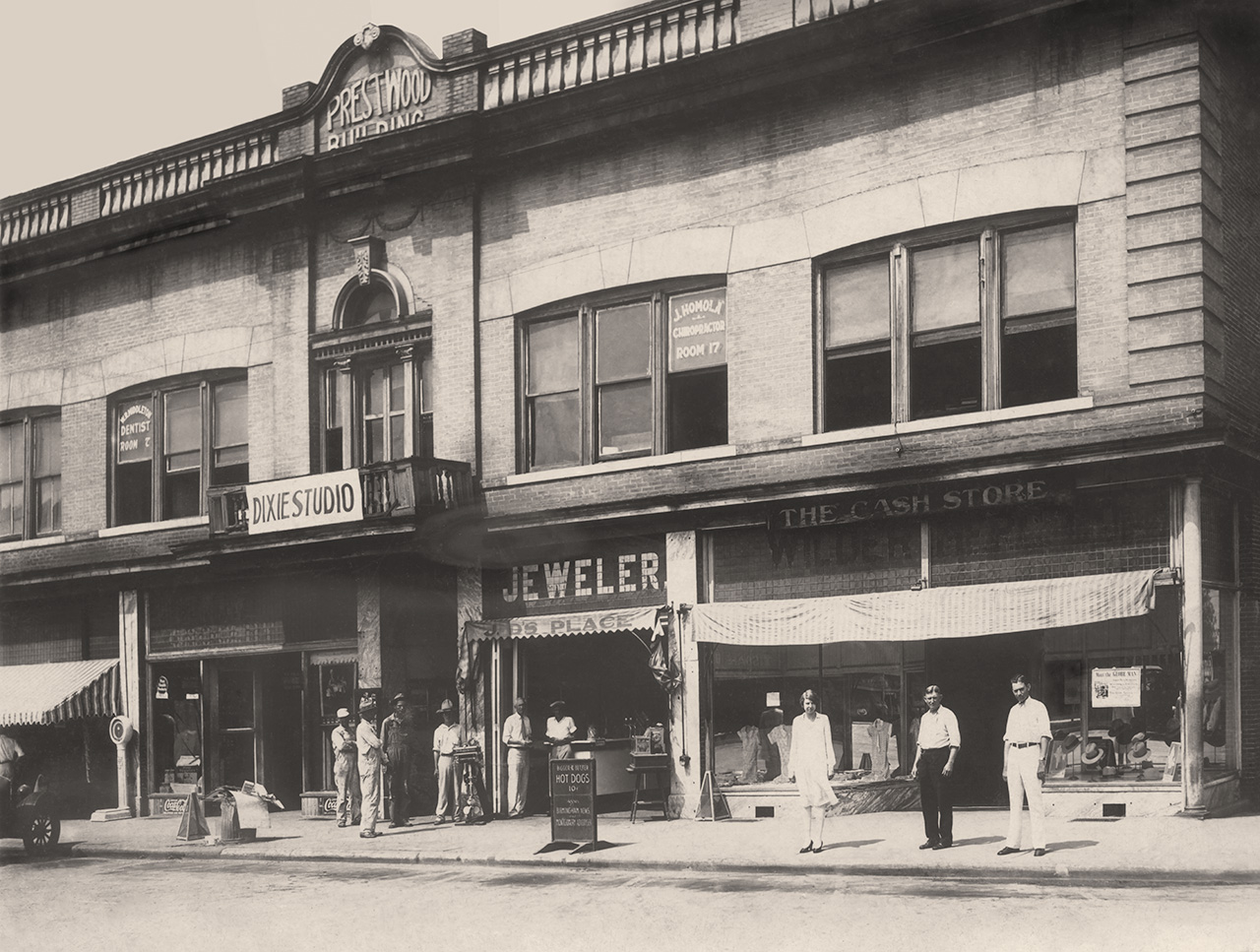 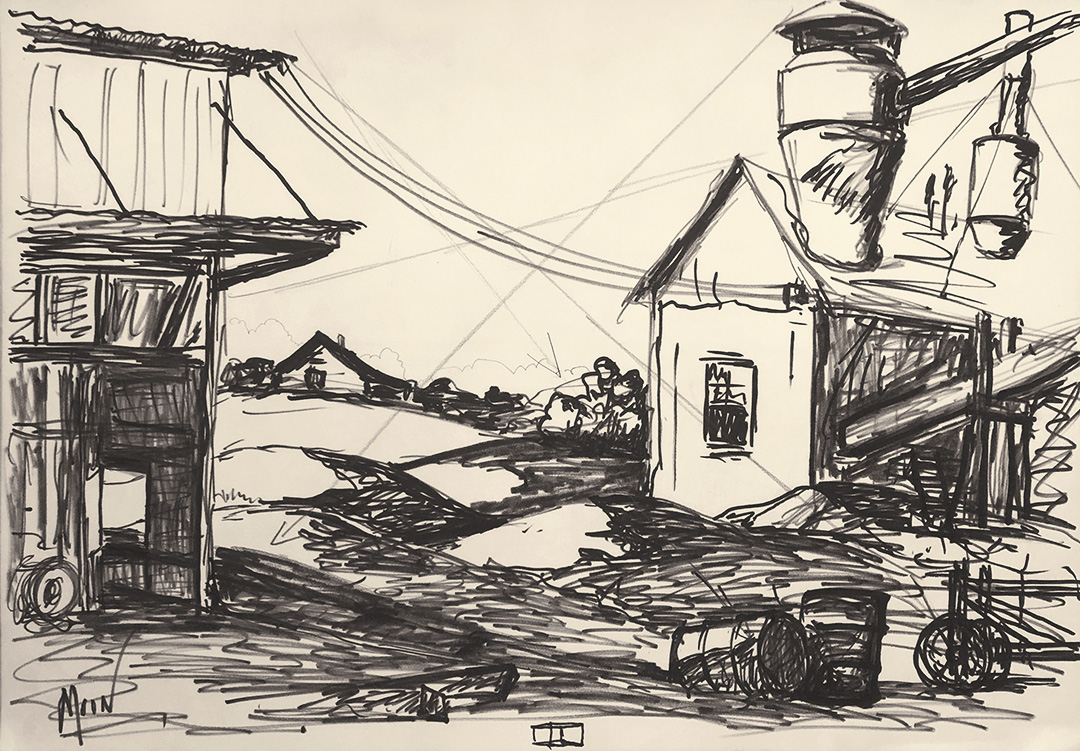 This drawing is believed to be the Zorn Peanut Shelling Plant in Florala, Alabama. It is one of a series of drawings recently donated to the foundation by Martha Moon Kracke. 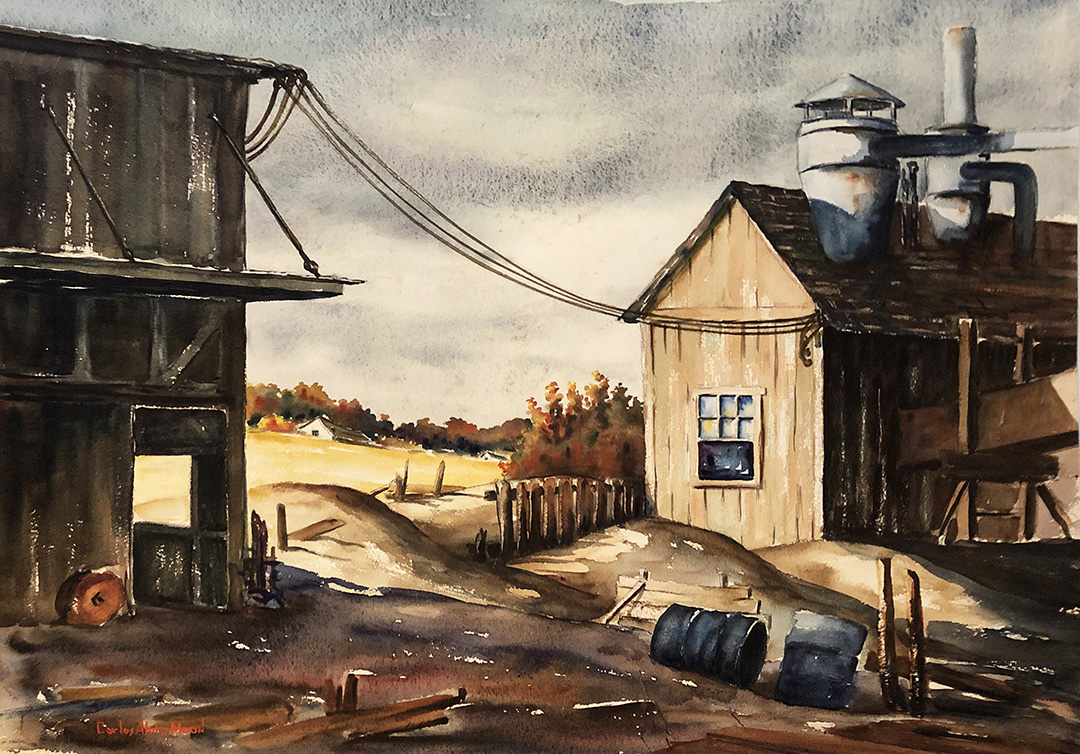 This watercolor is believed to be the Zorn Peanut Shelling Plant in Florala, Alabama. It is one of a series of paintings recently donated to the foundation by Martha Moon Kracke.

As I have mentioned before, Moon grew up in Andalusia, and at the time he participated in the Dixie Art Colony, he was a resident of nearby Florala. Coincidentally, my mother, a native of Florala, was in the same high school graduating class as Moon's daughter Martha.

Little did I know when I began my research, I would discover some new and exciting facts about my family tree. I knew my mother's grandmother Amanda George (Turner) was the daughter of Moses Andrew George, Sr. However, I had no idea that my great-great-grandfather was one of the founders of the city of Florala. While researching, I found a newspaper article published on June 22, 1961, in "The Florala News" about the George family. Through reading this article, I learned that it was in my great-great-grandfather's store that a small group of citizens gathered on December 12, 1901, to incorporate the city of Florala, Alabama.

Interestingly, my father also had something in common with Shiney Moon. Like Moon, years later, my father graduated from Andalusia High School and attended Auburn University. Through this research, I also discovered new cousins on my father's side of my family with ties to Shiney Moon. The images above of two recent acquisitions created by Shiney Moon depict what is believed to be a scene of the Zorn Peanut Shelling Plant located in Florala. This plant was one of several businesses owned and operated in the Florala area by the Zorn family. Coincidentally, Jack Zorn, who was in the same high school graduating class with Moon's daughter Martha and my mother, is one of my father's cousins. The connection is through Jack Zorn's mother, Lizzie Sue TISDALE Zorn, a native of Andalusia. Today, the Zorn brothers continue to operate an agricultural-related business in Florala. 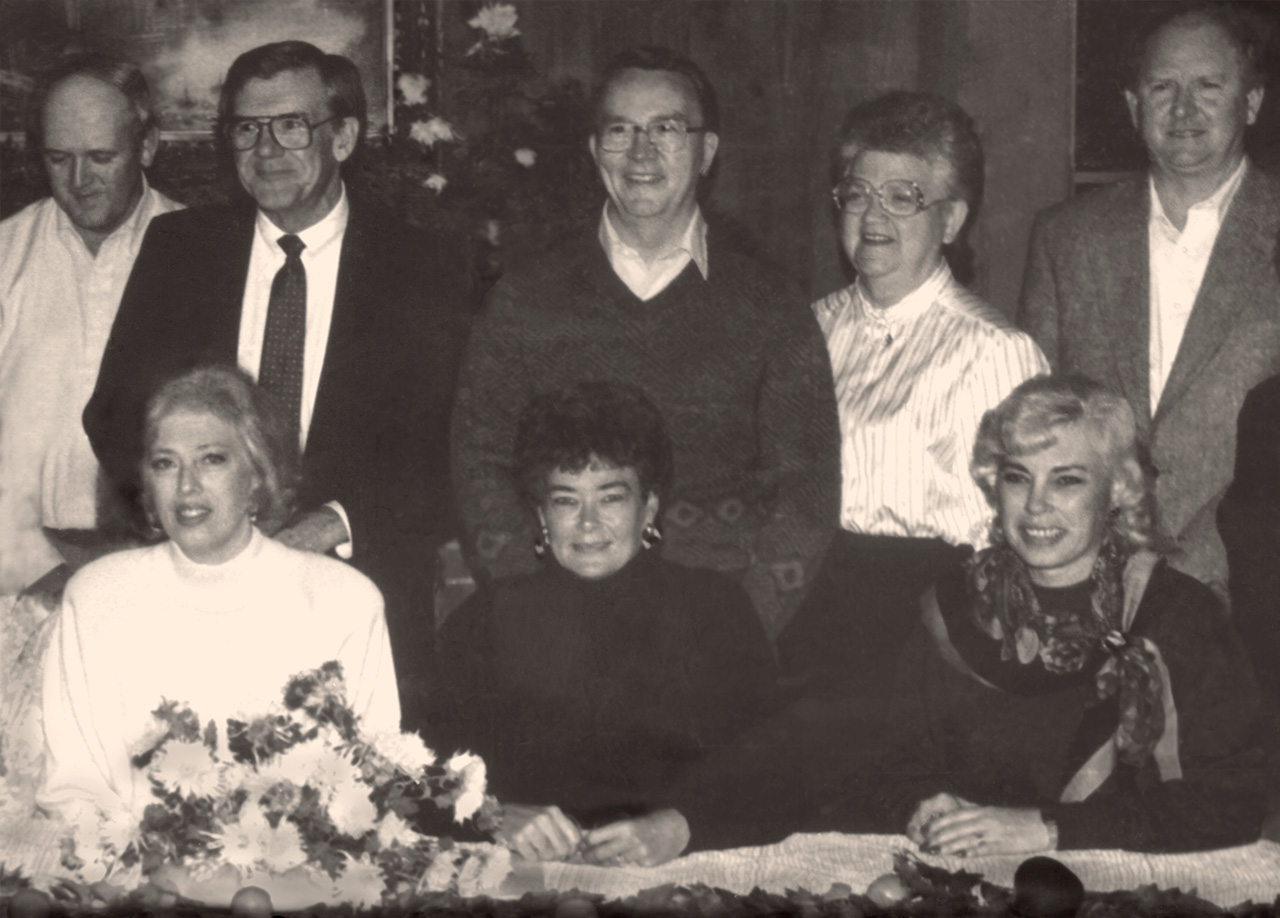 Your ticket for the: A Retrospective of the Works of Carlos Alpha “Shiney” Moon

A Retrospective of the Works of Carlos Alpha “Shiney” Moon