WHEN LIFE HANDS YOU LEMONS… Squeeze Them Into Some Sweet Iced Tea!

This post is a follow up to our March 20, 2020 post about how the DIXIE ART COLONY artists navigated through difficult times and refused to abandon their creative pursuits.

Growing up, I never really thought of my grandmother Winfred Era Morgan (Harris), as being particularly creative. However, I now realize that she was one of the most CREATIVE and RESOURCEFUL people I have ever known. Winfred was born on July 27, 1899, in Crenshaw County, Alabama. She was the first of 10 children born to Naaman Jonah Morgan and Elvira Maria Wyatt (Morgan). (She was the granddaughter of Henry Harrison Wyatt and Amanda Caroline Tisdale (Wyatt). (I mention this because the MORGAN, WYATT, and TISDALE families were well-known early SOUTHERN PIONEERS in Crenshaw and Covington County, Alabama. They were business owners, and public officials that, like the Dixie Art Colonists, endured and survived many hardships through the first half of the twentieth century.) 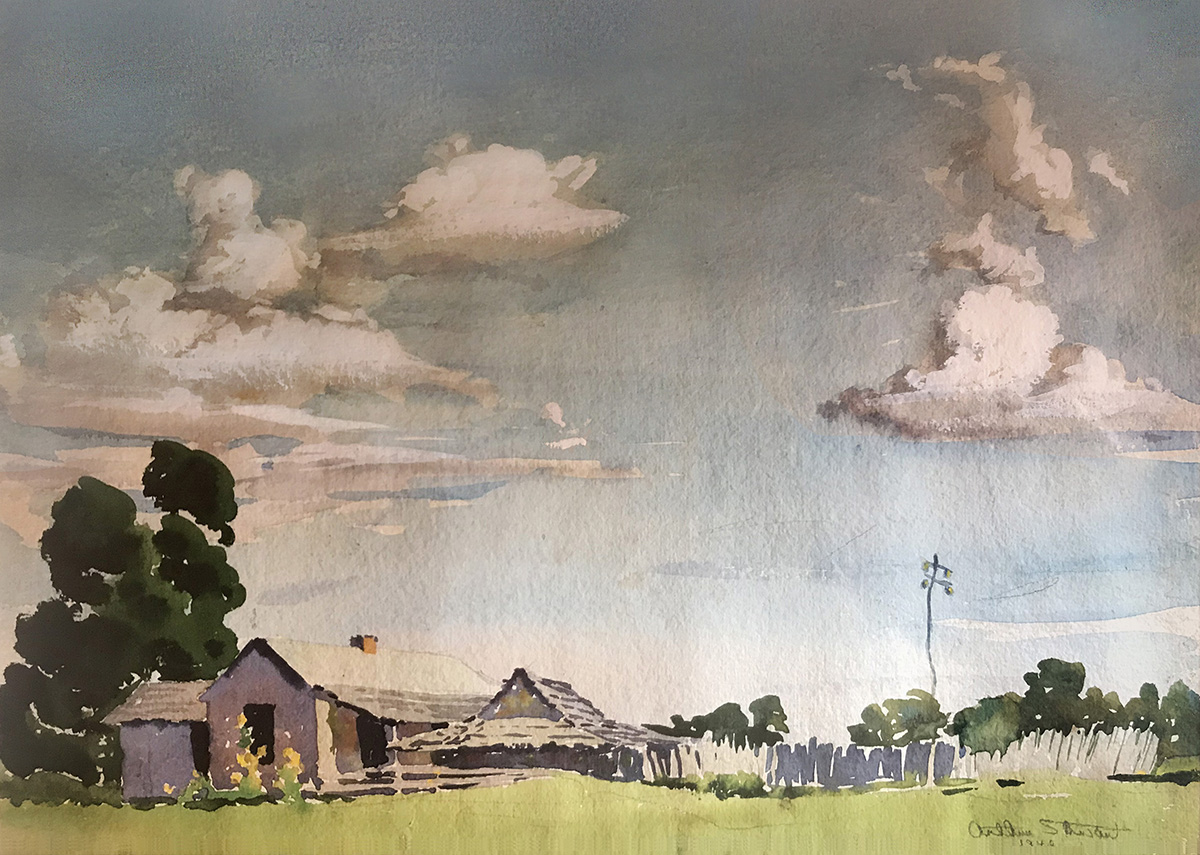 Next, there was the STOCK MARKET CRASH of 1929, followed by THE GREAT DEPRESSION, WORLD WAR II, and the HOLOCAUST. For me, it’s hard to imagine how these brave and resilient Southerners, like my grandmother and the colonists survived, as they lived through one world-wide crisis after another. Yet, not only did they survive, through CREATIVITY and STRONG DETERMINATION, THEY LOOKED TO THE FUTURE AND FORGED AHEAD. 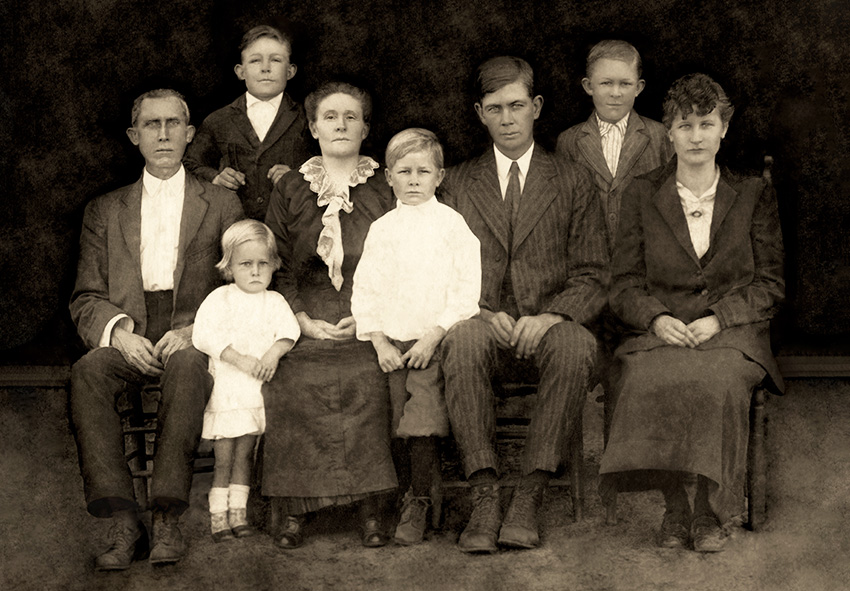 Growing up in the 1960s and 1970s, I remember my grandmother Winfred’s frugal demeanor, saving all of the leftover scraps of bread. She would store them in the freezer until she had enough to make a bread pudding. I also remember when I was a small child; sometimes, when making breakfast, she would give me a canned biscuit to play with like it was Playdough. (Canned biscuits were invented in the South in 1931.) On other occasions, she would pull out an old pot and a wooden spoon for me to use as a drum, all symbolic of the lessons she learned while facing tough times. Despite the advent of brighter days, in her home, nothing was ever wasted. She continued her frugal ways, even saving eggshells, coffee grounds, and food scraps for use in her garden. (In addition to adding calcium and nitrogen to the soil, eggshells are also a useful organic method for deterring snails and slugs in the garden. The idea behind adding coffee grounds on hydrangeas is not just to fertilize them, but rather to change the pH level of the soil, one method for changing the color of the blooms. Coffee grounds are also magnificent for camellias.)
1 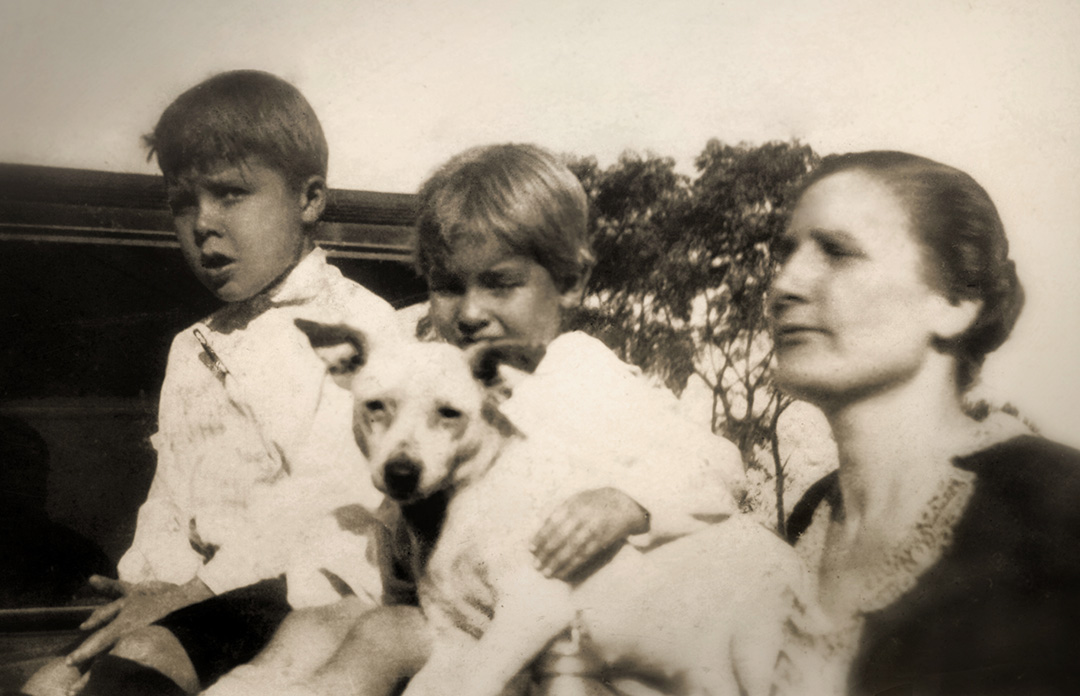 When I think back, I can also recall gathering scraps of white cotton twine for my grandmother while visiting my parents at “The Wetumpka Herald,” our family’s business. (Many years ago, newspapers were bound using white cotton twine.) My grandmother would tie the scraps together, then roll the string into a large ball for use in crocheting bedspreads, tablecloths, and other useful items. She also used leftover newspapers to condition the soil and suppress weeds in the garden. 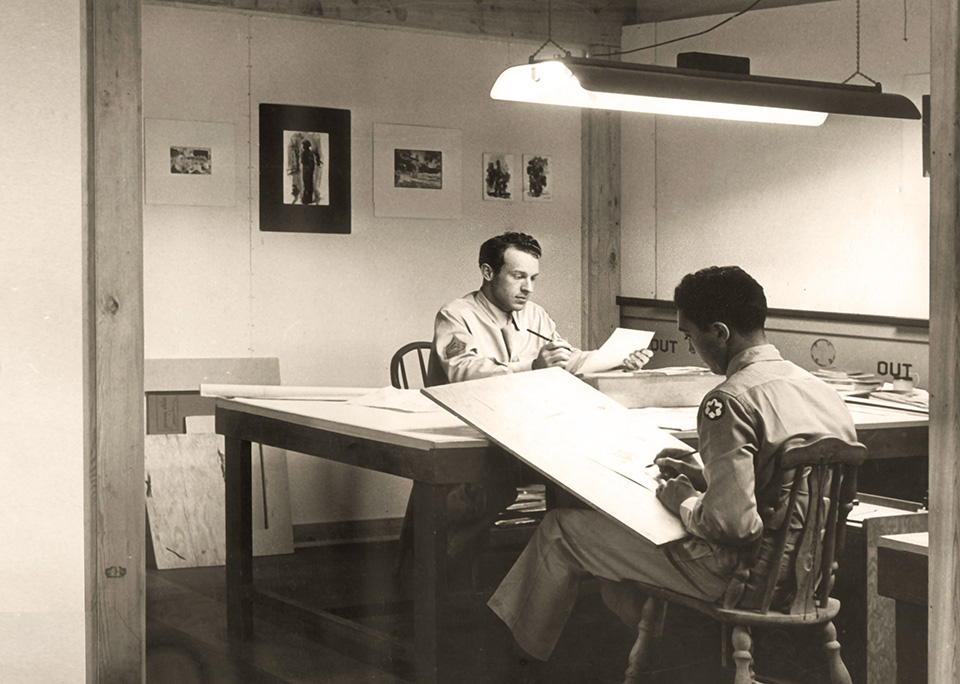 1
Sgt. Arthur Walter Stewart, WWII, Circa 1942
Shown to the left is DAC artist Arthur Stewart. He served as an artist in the U.S Army during WWII.
1

In her journal, DAC artist LOUISE SMITH EVERTON wrote that she remembered Mrs. Sallie Carmichael apologizing for shortages in food at the DAC as well as Kelly Fitzpatrick lamenting the fall of Paris.  She also explained how women colonists interrupted their painting to knit sweaters for soldiers, just as today, many women and men are interrupting their normal activities to make masks for our healthcare workers and first responders.

Louise Smith (Everton), Circa 1942
Shown is Louise Smith Everton during World War II on a Plein air painting outing while participating at the Dixie Art Colony.
1
During WWII, the draft ended colony sessions for several young male colonists, such as Arthur Stewart, Lunster Green, and Karl Wolfe, although they wrote letters back to the colonists about their experiences in the military.  Everton’s diary entry for June 24, 1941, notes apprehension among the colonists, at least temporarily. “We discussed what a hell of a situation our civilization is in. GEE WHEN I THINK OF IT I WANT TO CRY.  We gay, carefree, casual artists are just whistling in the dark.  KARL’S AFRAID—HE’S VERY AFRAID—HE SAYS PRETTY SOON WE’LL BE SCRATCHING UP ROOTS TO EAT.  I’m afraid because when you come to brass tacks the artist, although he’s an interpreter of life is also an economic parasite—an appendage and I’m sure they’ll have an appendectomy.  I’m so afraid.”

Despite their fears and the numerous hardships these brave souls endured, like my grandmother, the colonists relentlessly continued their pursuits. And in time, each crisis passed, and many of the DAC artists became very successful artists, art educators, and prominent leaders in the world of Southern art. Like these brave souls that proceeded us, during this difficult time, we must allow ourselves to be guided by our strength and creativity, not just our fears.

Your ticket for the: WHEN LIFE HANDS YOU LEMONS… Squeeze Them Into Some Sweet Iced Tea!

WHEN LIFE HANDS YOU LEMONS… Squeeze Them Into Some Sweet Iced Tea!