Norma LaMae Forbes was born on March 4, 1919 in Birmingham, Alabama to Edythe LaMae Nixon Forbes and Robert Forbes. In the 1930s she studied art and fashion design at Parsons School of Design in New York City. In the 1940s she studied with artist Kelly Fitzpatrick and other Dixie Art Colony instructors such as Carlos Alpha “Shiney” Moon and Genevieve Southerland. Norma led a long and amazing life. Working as a draftsman and later an engineer for Southern Bell in Birmingham, she was one of Alabama’s pioneering young women during the mid-twentieth century. 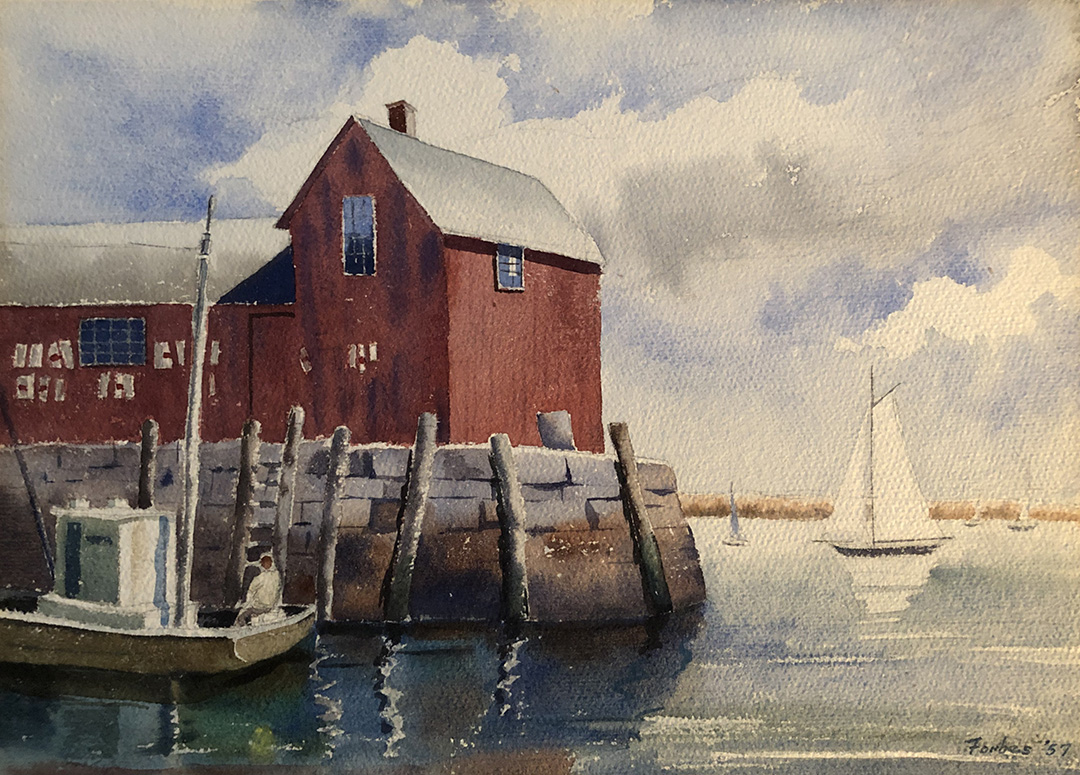 Since Norma’s passing on October 27, 2018, we have had the pleasure of getting to know some of Noma’s friends and relatives. Through this association we have acquired the painting shown above for our permanent collection.  The McAfee family of Hendersonville, NC donated the painting titled, “Rockport Massachusetts,” to the Dixie Art Colony Foundation. The painting is a scene of Rockport’s famous and picturesque old red fishing shack.

Kristian Davies who wrote about this scene in Artists of Cape Ann, tells this story: “Built around the time of the Civil War, its prominent position at the end of the pier made it a natural backdrop for artists painting harbor pictures. Finally in the early 1930s, while critiquing a group of students’ pictures, several of which featured the little red shack, Lester Hornby, using a term often employed by French students to describe frequently painted sites, exclaimed, ‘What – Motif No. 1 again!’ His fateful words stuck and since then the little red shack has been referred to as ‘Motif No. 1.’ For the past six decades, Rockport has held a festival called ‘Motif No. 1 Day’ each year.”

Built in the mid-1840s, it housed fishermen’s supplies and daily catches for years. It has been said to be the most painted building in the world. When the U.S. Naval Fleet docked in Rockport, locals used the shack as a place for meeting and watching ship launches. It became an artist’s studio in the 1930s, before finally serving as a city-owned monument to the area’s veterans. 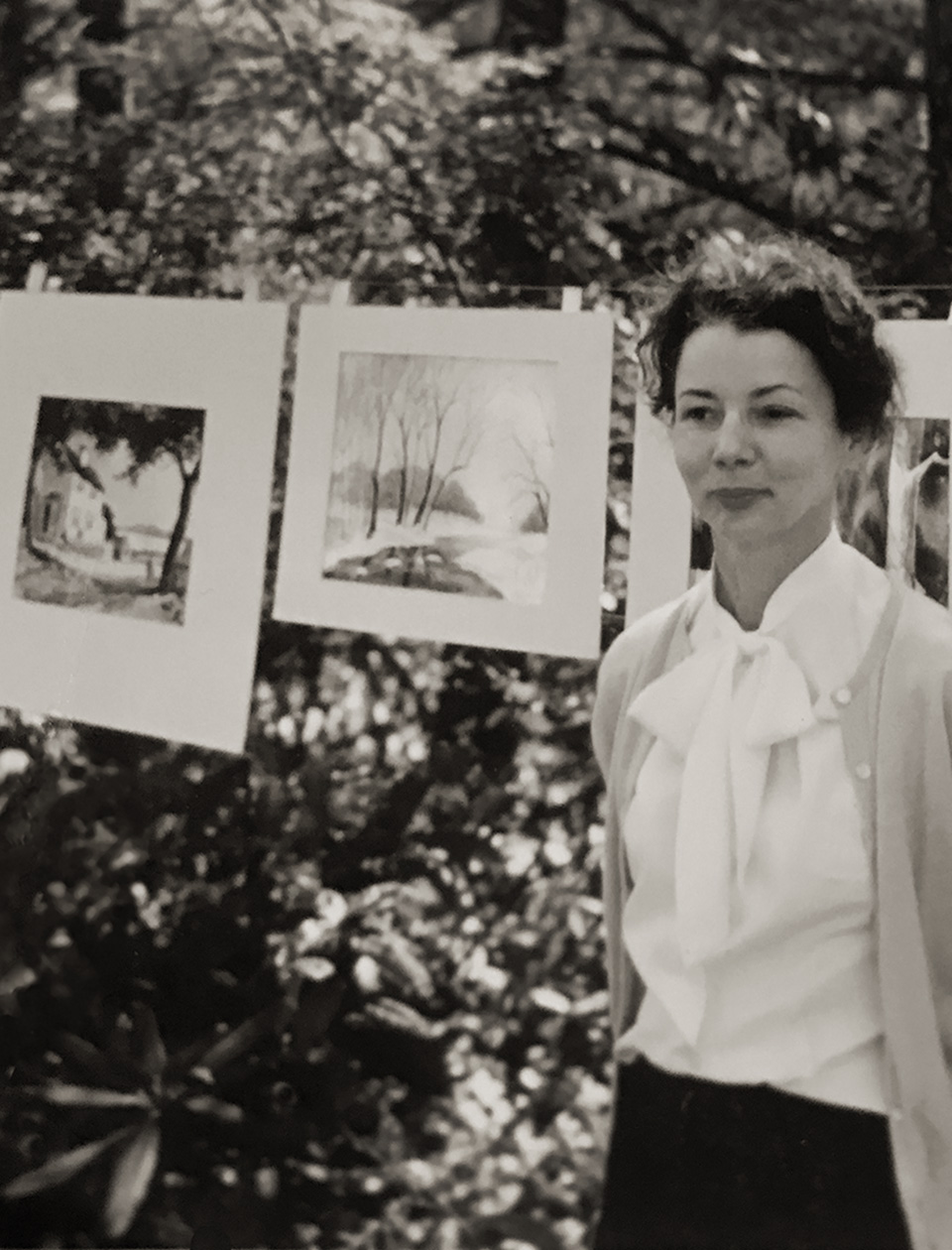 Shown above is Norma Forbes as a young lady with a few of her watercolor paintings.

I was blessed to have spent the day in Asheville with this amazing lady in February of 2017. That day was a day I will always remember fondly. Shown below are several additional photographs of Norma. In the photograph below of Norma as a child, shown left to right, Norma Forbes with her sister Nina and her mother Edythe. We have also included four additional examples of Norma's watercolor paintings. We wish to extend a special thank you to Norma's family and friends for their generous support and for sharing their memories of Norma with us.

To learn more about Norma’s life and her connection to the Dixie Art Colony, read our November 17, 2018 blog post titled, Remembering Norma LaMae Forbes.   Anyone having artwork, photographs or other information or stories regarding Norma is encouraged to contact Mark Harris at 334-513-1086 or by email at info@DixieArtColony.org.

Your ticket for the: Happy Birthday Norma LaMae Forbes