The Diverse Styles of Arthur Stewart

June 2, 2018
No comments yet
Arthur Stewart, Director's Blog, From the Archives, News

While researching the life and work of Dixie Art Colony artist Arthur Walter Stewart, several things quickly became apparent. Stewart was an extraordinary friend to many and a highly diverse and multitalented artist whose work has been highly prized and admired for decades. 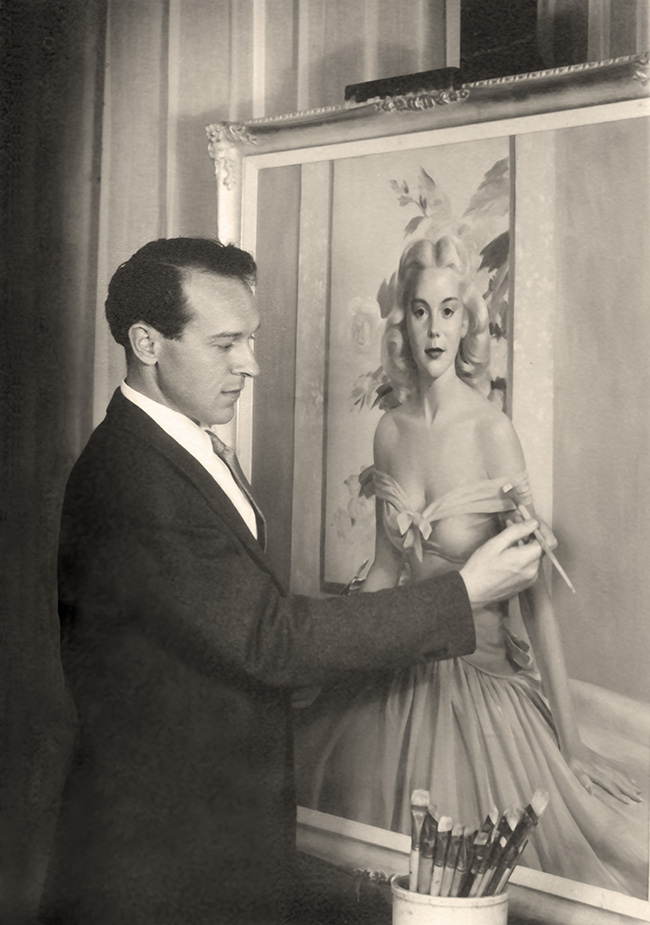 When talking about Elmore County’s historic depression-era art colony and the artists that participated, it’s difficult to decide which story to share. Thanks to the families of many of the Dixie Art Colonists, we have acquired a wealth of personal papers, letters, scrapbooks, photo albums, and original artwork that will enable us to continue to share the Dixie Art Colonists’ unique and colorful stories for many years to come.

Based on our May Lunch & Learn program “All About Arthur Stewart” and the fact that 17 pieces of Stewart’s work will be featured in our upcoming 2018 Tallassee exhibition it seemed like an appropriate time to share some highlights about the life and career of Dixie Art Colony artist Arthur Walter Stewart. While examining Arthur’s family history, I discovered that Arthur and I share common Stewart ancestry. We are in fact distant cousins and both descendants of the Scottish House of Stewart or Stuart!

Among the wealth of information we have about Arthur, we found a biographical sketch about him written by his close friend and mentor Miss Hannah Elliott. Miss Hannah, as her friends called her, wrote the document in April of 1942 as a Federal Writers Project. This document served as the impetus for our latest Dixie Art Colony Foundation video “All About Arthur Stewart.” At the time this document was written, Arthur was only 24 years old and according to Miss Hannah, “Arthur is so young that he has not had many experiences, except the experience of success.” Interestingly she goes on to explain, “Arthur says that he flunked the first grade and got in trouble repeatedly all through Grammar School for drawing on the walls and on everything–he says as there was no art course he had to have an outlet. After first grade he spent most of his time at Judson College with the art teacher, Mrs. Eva Lyle Wilkinson, who was a friend of his. She was indeed an important influence in the life of this boy when he was young. Without her, who can say?”

She continues by explaining, “Arthur never discriminated in ages, all are the same to him if they are his friends. Since he sought Mrs. Wilkinson because she was his friend, not an art teacher, it appears that he is one of those who do not acknowledge a master, even in childhood! But just imagine how much tact Mrs. Wilkinson must have used in dealing with this sensitive child.”

Considering Arthur’s rather contumacious nature and his turbulent experience in the first grade, it’s hard to imagine how he could have successfully completed two years at the Marion Military Institute located in his hometown of Marion, Alabama. Not to mention successfully serving in the U.S. Army during World War II.

In 1953, Bank of Tallassee president Roberts Blount commissioned Wetumpka artist Kelly Fitzpatrick to paint four large murals for the lobby of the Bank of Tallassee. While working on the murals, Fitzpatrick suffered a heart attack and passed away on April 18, 1953. Blount hired Arthur Stewart, who was a student of Fitzpatrick’s to complete the murals. The following quote by Leo Willette, The Birmingham News, Friday, June 17, 1953, explains Arthur’s part in the completion of the four impressive mural sized canvases.

“When artist Kelly Fitzpatrick—the late ‘dean of Alabama painters’—died in April, it appeared that the largest mural project ever commissioned by a small-town Alabama bank would never be finished. Passing years and ill health had taken toll on the artist. Barely a fraction of the near 400-square foot artistic project had been completed at the time of Fitzpatrick’s death. Sketches and half of one mural was all the artist left. BUT a Red Mountain Crest artist, Arthur Stewart took over the job. Today the finished project of oils and canvas is on its way to the Bank of Tallassee—six weeks after Arthur Stewart began the enormous task. A former student of Fitzpatrick, Stewart says, ‘I took the job mostly out of respect for Kelly. I’m sure he’d have wanted the project finished.’ In completing the large murals in slightly better than one month, Stewart expended as much oil as would take to paint about 150 average portraits.”

Arthur’s accomplishments were vast and far-reaching. At the young age of 23, Arthur held his first one-man exhibition at the Art Institute of Chicago. His work has hung in Milan's La Scala opera house, the White House, the Pentagon and in the personal collection of Queen Elizabeth II. Today his work can be found in many private collections and museums, including the permanent collection of the Dixie Art Colony Foundation. Arthur was inducted into the Portrait Painters' Hall of Fame in 1985.

Each month, we continue to learn new and intriguing stories about the more than 138 artists that participated in the Dixie Art Colony. During our May "Lunch & Learn" program Arthur Stewart’s nephew Rusty Stewart and his wife Carol shared a little-known tidbit about Arthur that I had never heard before–Arthur was actually married at one time. After spending countless hours over the years researching his life, I was stunned by this information. Apparently, the lack of information available about his marriage may have something to do with the fact that his marriage was very short lived. But, I’ll save that rather humorous story for another time.

Join us on Friday, June 8, 2018, from 6:00 pm until 8:00 pm at the downtown branch of Trustmark; formerly the Bank Of Tallassee located at 304 Barnett Boulevard, Tallassee, Alabama to see the four magnificent murals and more than 75 other works by the Dixie Art Colonists. For those that attended our Tallassee exhibition last year, there will be a wealth of new things to see in this year’s exhibition. Some of the new works included have never been publicly exhibited. Our video titled “Dixie Art Colony: A look at its Lasting Legacy” and our newest video “All About Arthur Stewart” will be shown. The Arthur Stewart video includes additional information about Arthur and a wealth of vintage photographs of Arthur and his work. The exhibition will also be open on Saturday, June 9, 2018, from 10:00 am until 2:00 pm.

The paintings shown in the slides below by Arthur Stewart represent a few of the more than 80 pieces of artwork by Dixie Art Colony artists that will be included in the 2018 Dixie Art Colony Tallassee exhibition.

Your ticket for the: The Diverse Styles of Arthur Stewart

The Diverse Styles of Arthur Stewart