January 29, 2022
No comments yet
Additions to Our Collection, Director's Blog, News, Richard B. Brough

I am pleased to announce the addition of a ninth painting by Dixie Art Colony artist Richard Burrell Brough to the DAC Foundation Collection. This watercolor painting depicting a scene from Alabama's Gulf Coast was recently purchased by the DAC Foundation using memorial funds donated in memory of my late mother, Amanda Ellen Turner Harris Williams. Thank you so much to those that contributed to this purchase. Your generous donations far exceeded expectations and made it possible for us to return this painting to Alabama from the state of Massachusetts. 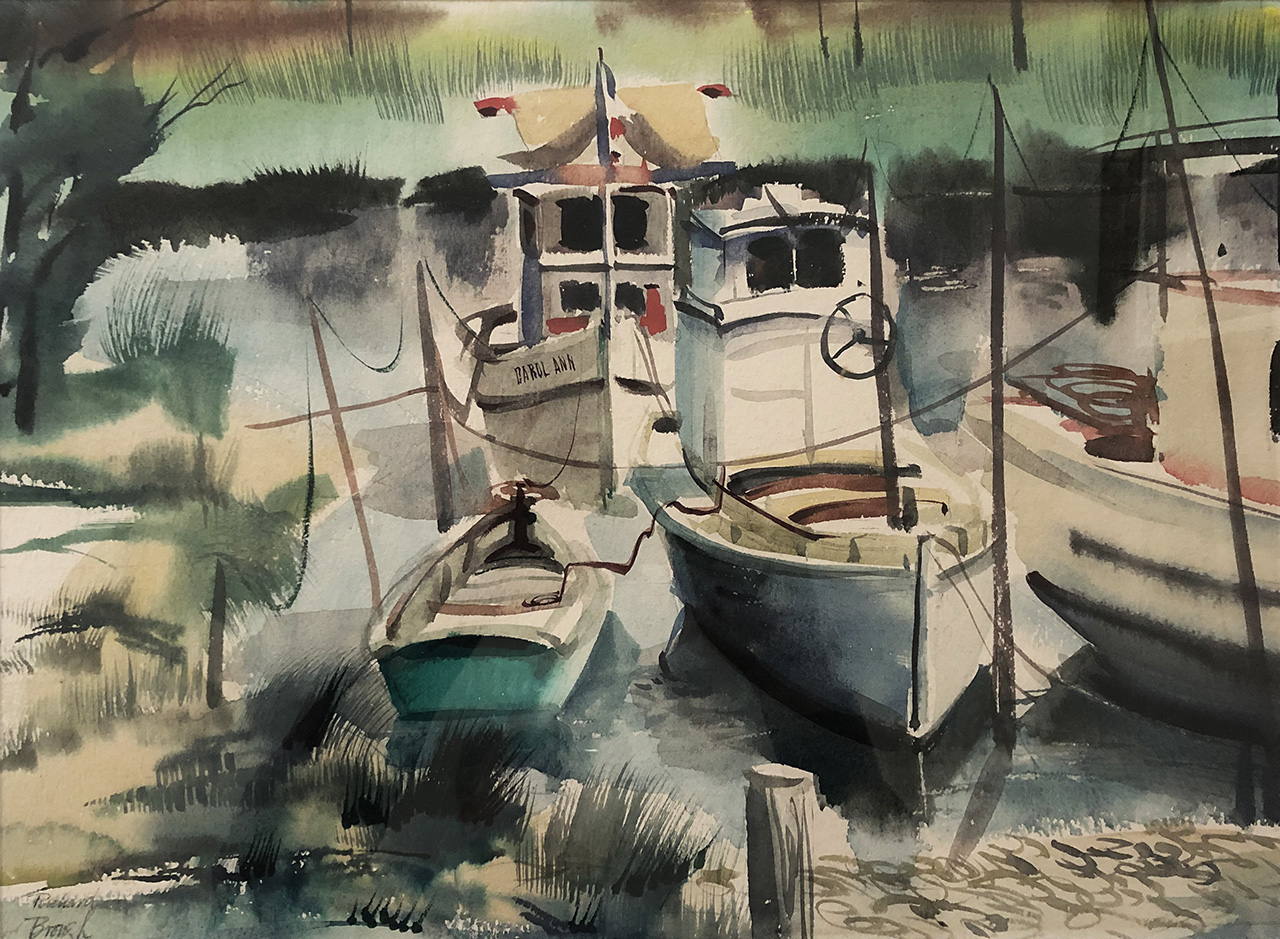 Interestingly one of the boats in the painting is named after Brough's daughter Carol Ann. According to her, this painting was painted during one of many vacations the Brough family spent at the Gulf of Mexico. The scene is of the Bon Secour River at the historic Meme's Restaurant. 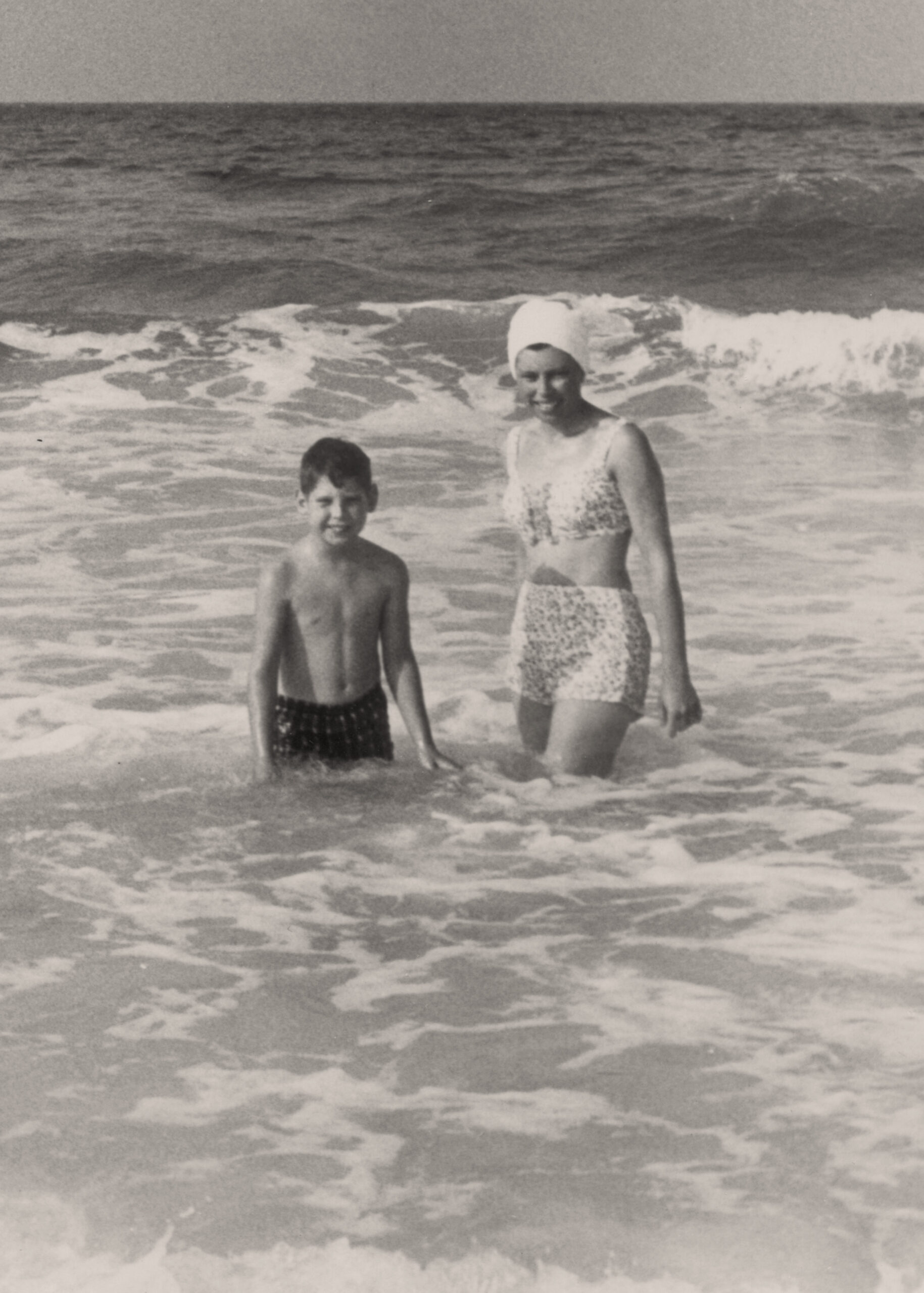 Based on its subject matter and radiant color pallet, this painting seemed like an appropriate selection. The northern Gulf of Mexico coast was one of my mother's favorite destinations. I have many fond memories of my time spent at the Gulf with my family while growing up. From the mid-1960s through the mid-1970s, the Gulf Coast was almost like a second home. 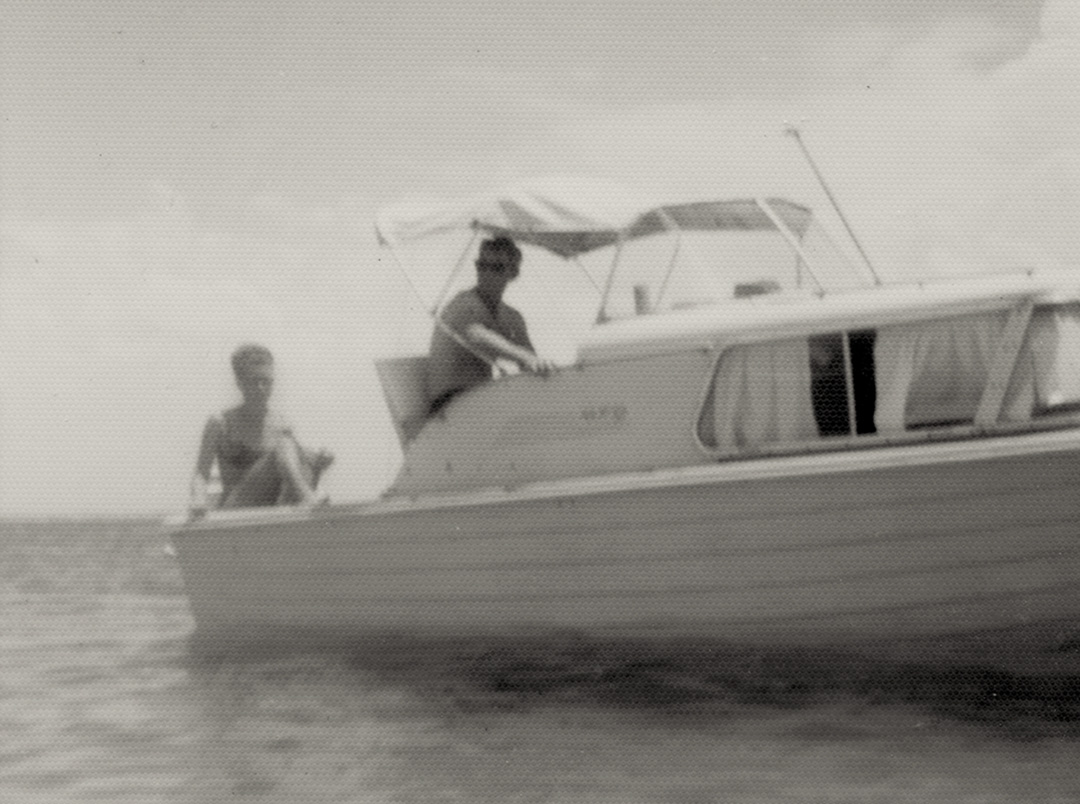 Pictured in the family boat is Ellen and John Harris at the Gulf of Mexico  |  circa 1970.

The Harris family owned and operated The Wetumpka Herald for more than 48 years. My mother Ellen assumed the role of publisher in 1979 after the death of my father John P. Harris, Sr.  She continued in that role until her retirement in 2009.  Follow this link to learn more about Richard Burrell Brough.

Your ticket for the: Ninth Richard Brough Watercolor Added to the Collection