FROM THE ARCHIVES: Kelly Fitzpatrick

March 5, 2021
No comments yet
Director's Blog, From the Archives, Kelly Fitzpatrick, News

Growing up, I never thought much about the lives of those that preceded me. But as my body, mind, and soul grow older, I find that my desire to gather knowledge about the past seems to soar in concert with my age. It's hard to explain; it's almost like a nesting instinct. I fill the need to spend every free moment exploring and documenting the past; it has become a way of life. Some say, with age comes wisdom. Oh, if I had only known then what I know now, I would have certainly been the most inquisitive youngster around.

As we emerge from a deeply troubling time in our nation's history when threats to our health and safety, as well as conflict, dominate the daily headlines, it can be difficult for many to find hope and a positive promise for the future. When I'm feeling a bit anxious, I have learned to reflect upon the past. And in doing so, I find great joy in exploring and telling stories about a group of trailblazing, bohemian, Southern artists that made history during the 1930s and 1940s. This unlikely, unique, and highly unconventional group based in Central Alabama became known as the legendary Dixie Art Colony. Through my journey, I have learned that storytelling brings life to learning and serves as a bridge connecting different cultures, families, generations, and geographic areas. By uncovering, analyzing, and preserving history, we can learn from our forefathers' mistakes and hardships and find hope in their successes. 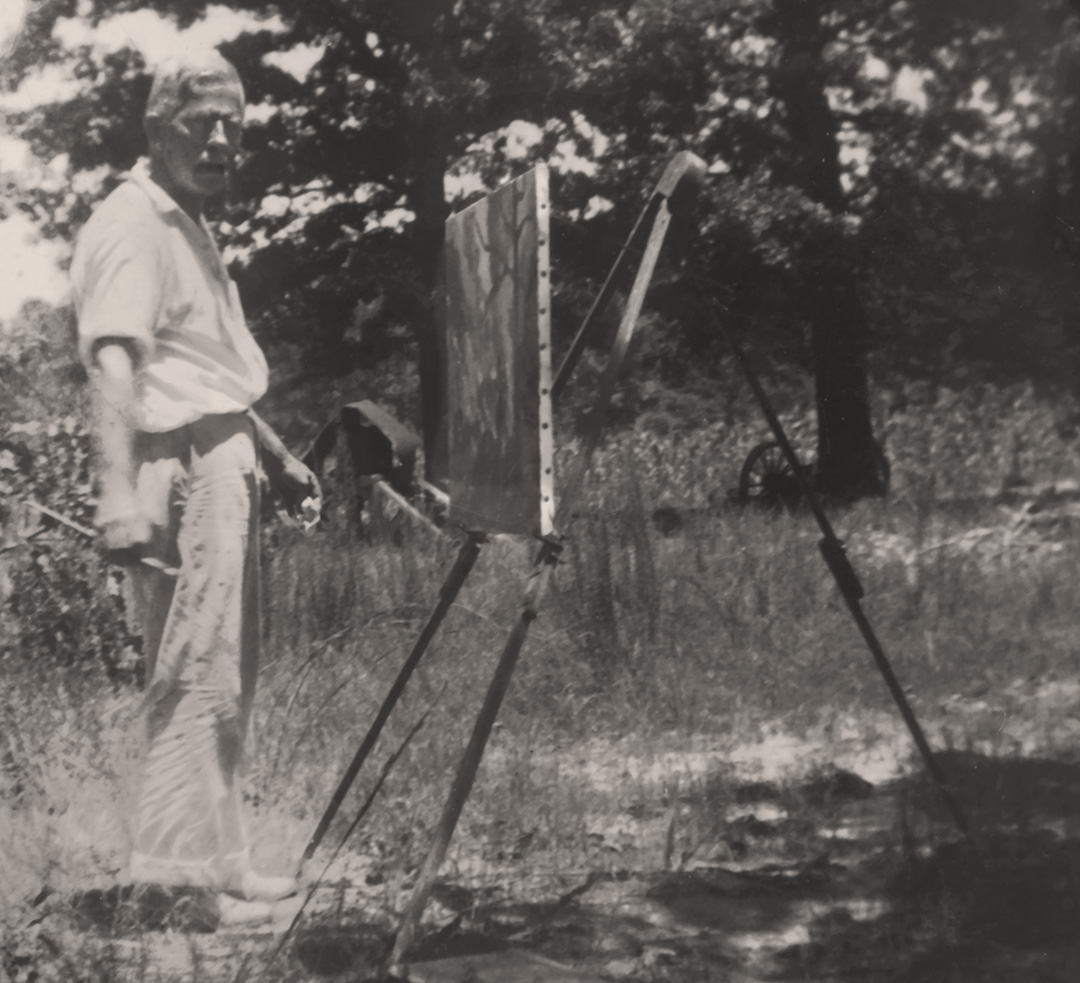 In telling this story, we begin in 1904 with an artistic and irrepressible 16-year-old boy from Wetumpka, Alabama, named John Kelly Fitzpatrick. While visiting the St. Louis World's Fair with his parents, this young man, not once, but twice became lost in the crowd.

Exhausted and frantic with worry, both times, his parents found him in the art exhibition, gazing at the beautiful paintings on the wall. As they dragged him away from the artwork for a second time, Fitzpatrick told his parents, "If I could paint a picture good enough to be at the World's Fair, I would be the happiest boy in the world." This event seems to be one of two specific sparks that helped ignite his highly successful career as a Southern artist, art educator, and art promoter. 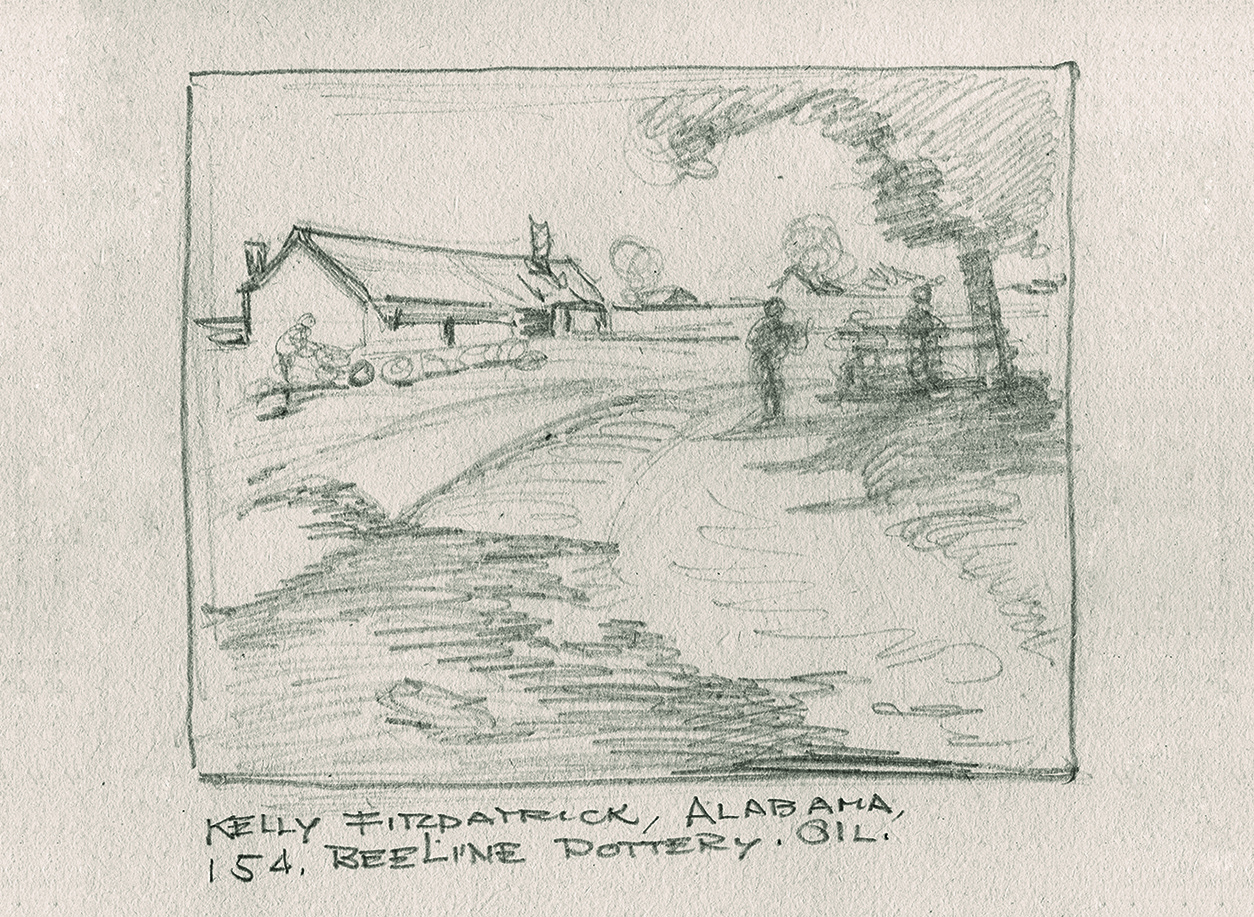 In 1939, 35 YEARS after this young man stated his ambition, his dream to have a painting included in the World's Fair came true. The Dixie Art Colony Foundation is fortunate to have in its collection an original 1939 exhibition catalog and the original study sketch for Fitzpatrick's 1939 New York World's Fair entry titled "Beeline Pottery."  Other DAC artists included in the 1939 World's Fair and represented in the DAC Foundation Collection are Anne Goldthwaite, Lamar Dodd, Karl Wolfe, Mildred Nungester Wolfe, and Joe Clancy. 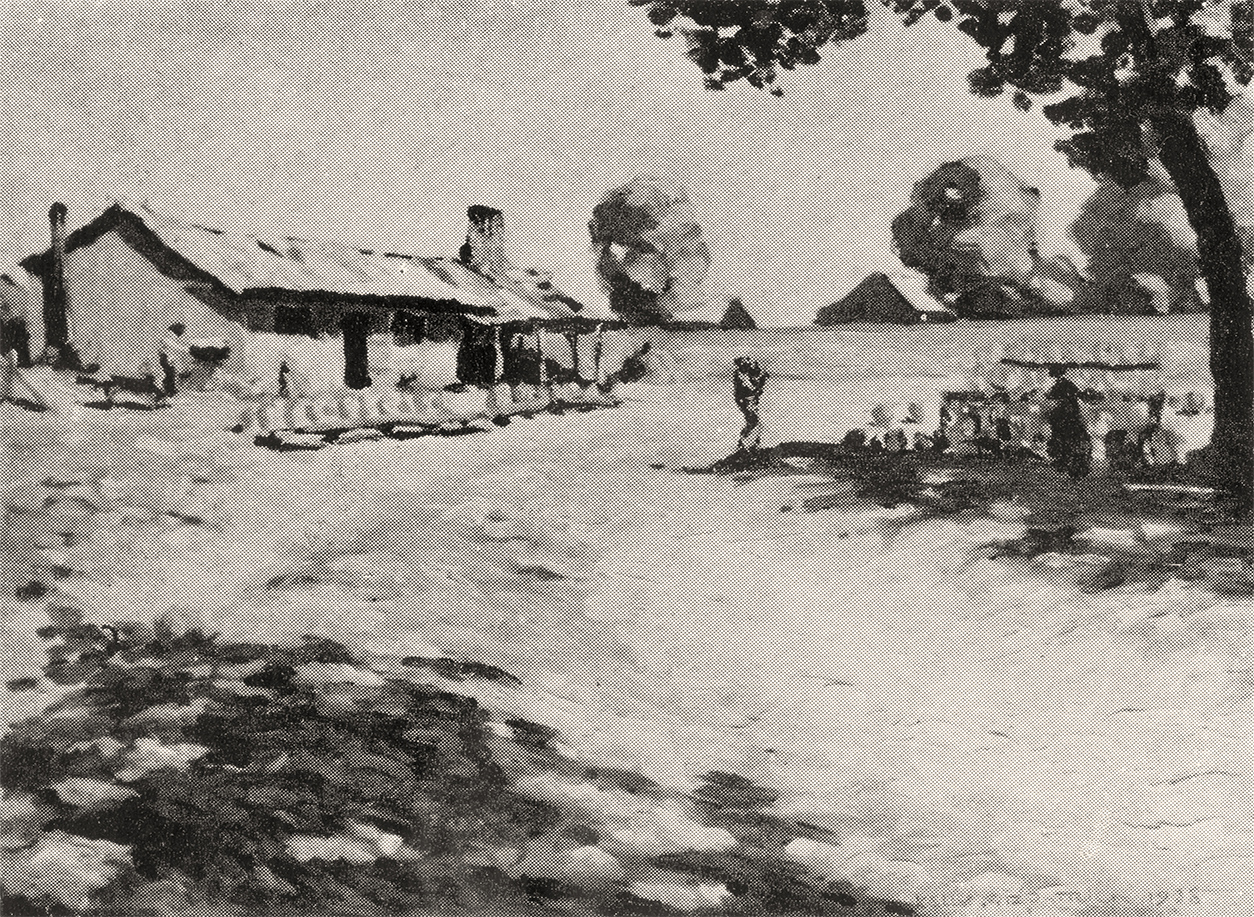 The New York World's Fair continued into 1940, and once again, one of Fitzpatrick's paintings was chosen for inclusion in the 1940 art exhibition. While we do not have the study sketch for this painting titled "Charcoal Burners," we do have a photograph of Fitzpatrick working on the painting and a 1940 exhibition catalog.

Through his vision for the Montgomery Museum School and the Dixie Art Colony, Fitzpatrick once called the "Dean of Alabama Painters," helped launch the artistic careers of many of the South's noteworthy artists.

Your ticket for the: FROM THE ARCHIVES: Kelly Fitzpatrick

FROM THE ARCHIVES: Kelly Fitzpatrick