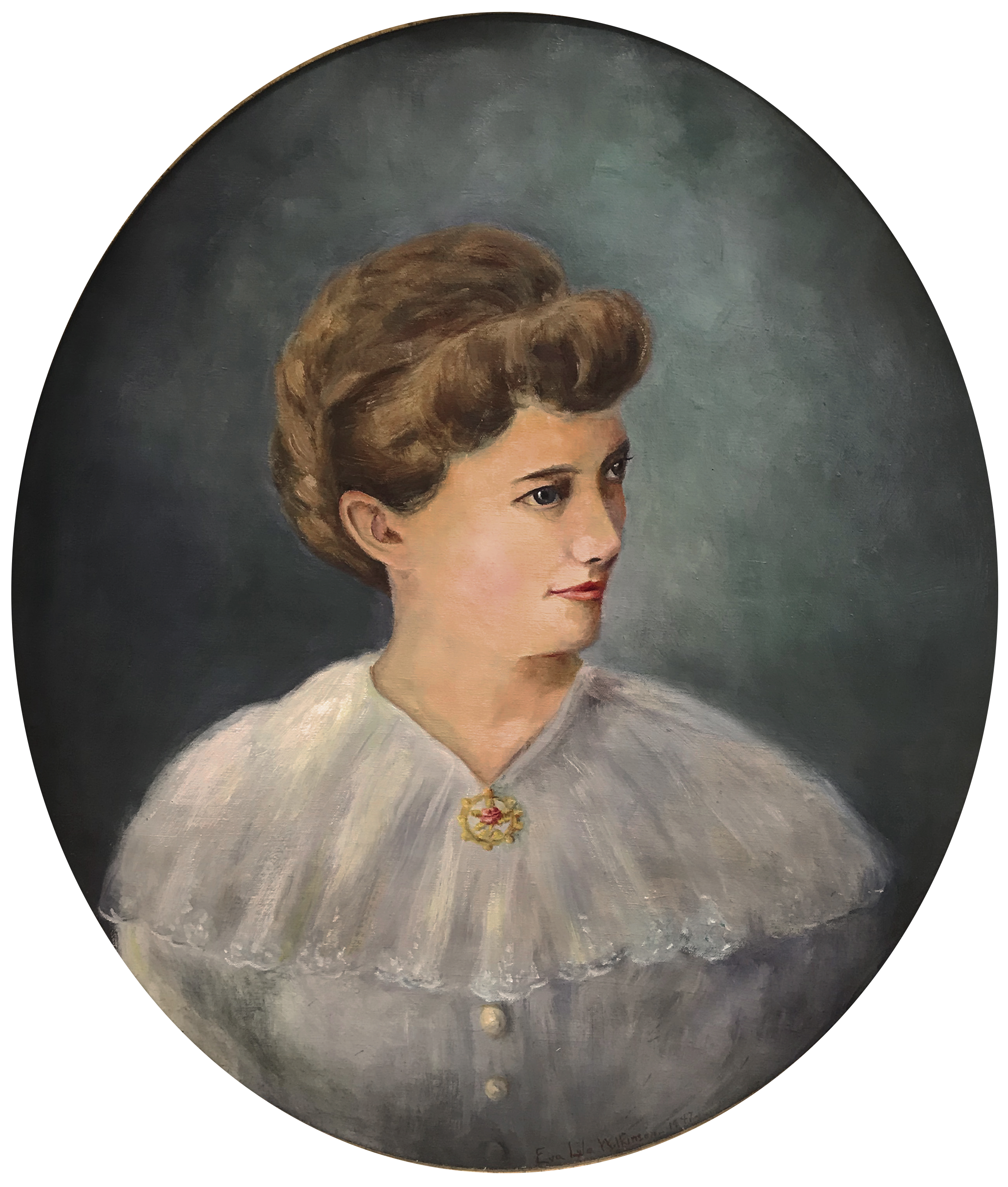 Wilkinson's name can be found repeatedly in the DAC Foundation Archives. However, the extent of her involvement in the Elmore County colony is unclear. But we have reason to believe she was one of several artists that participated on the weekends. We know that she and Kelly Fitzpatrick were instructors and co-founders at the Montgomery Museum School, which links her to the Dixie Art Colony. There are numerous documents and newspaper clippings that refer to the Dixie Art Colony as a closely related arm of the Montgomery Museum School. 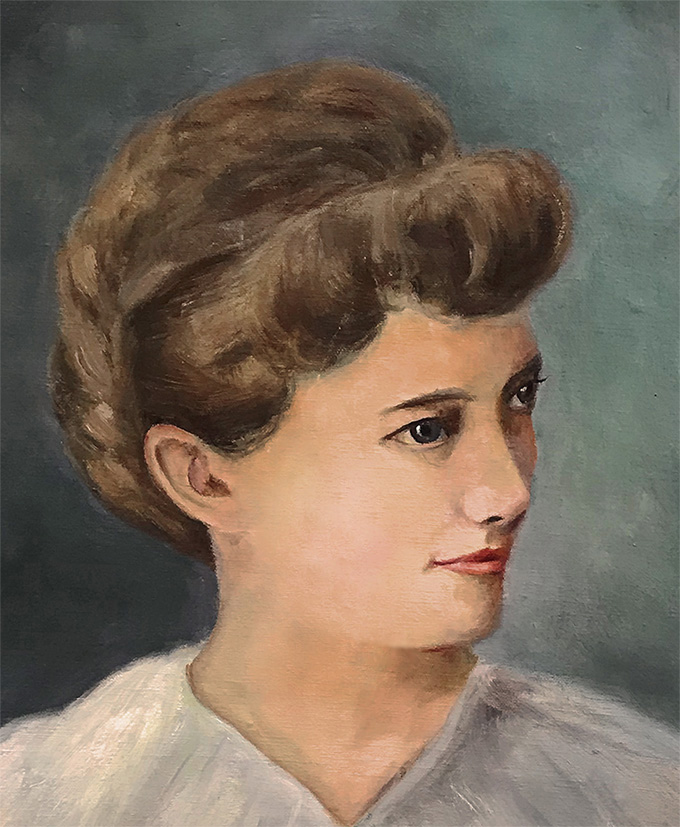 A newspaper article in the Montgomery Advertiser dated July 7, 1946, refers to an exhibition at the Montgomery Museum of Fine Arts featuring Eva's work. The list of her paintings includes the titles "On Lake Jordan" and "Mortor Creek," which further reinforces her association with the Elmore County colony. Also included in this MMFA exhibition was Eva's painting titled "Mountain at Little Switzerland, North Carolina." Based on newspaper clippings and personal accounts, we know that Eva spent time in the mountains of North Carolina teaching with artist Frank Stanley Herring. Herring was an instructor at the Grand School of Art, co-founded in New York City by renowned American artist John Singer Sargent. We also know that DAC artists Kelly Fitzpatrick and Carlos Alpha "Shiney" Moon spent time in the mountains of North Carolina painting. Prior to Eva's tenure at the Montgomery Museum School, she was head of the art department at Judson College, where she taught for 18 years. 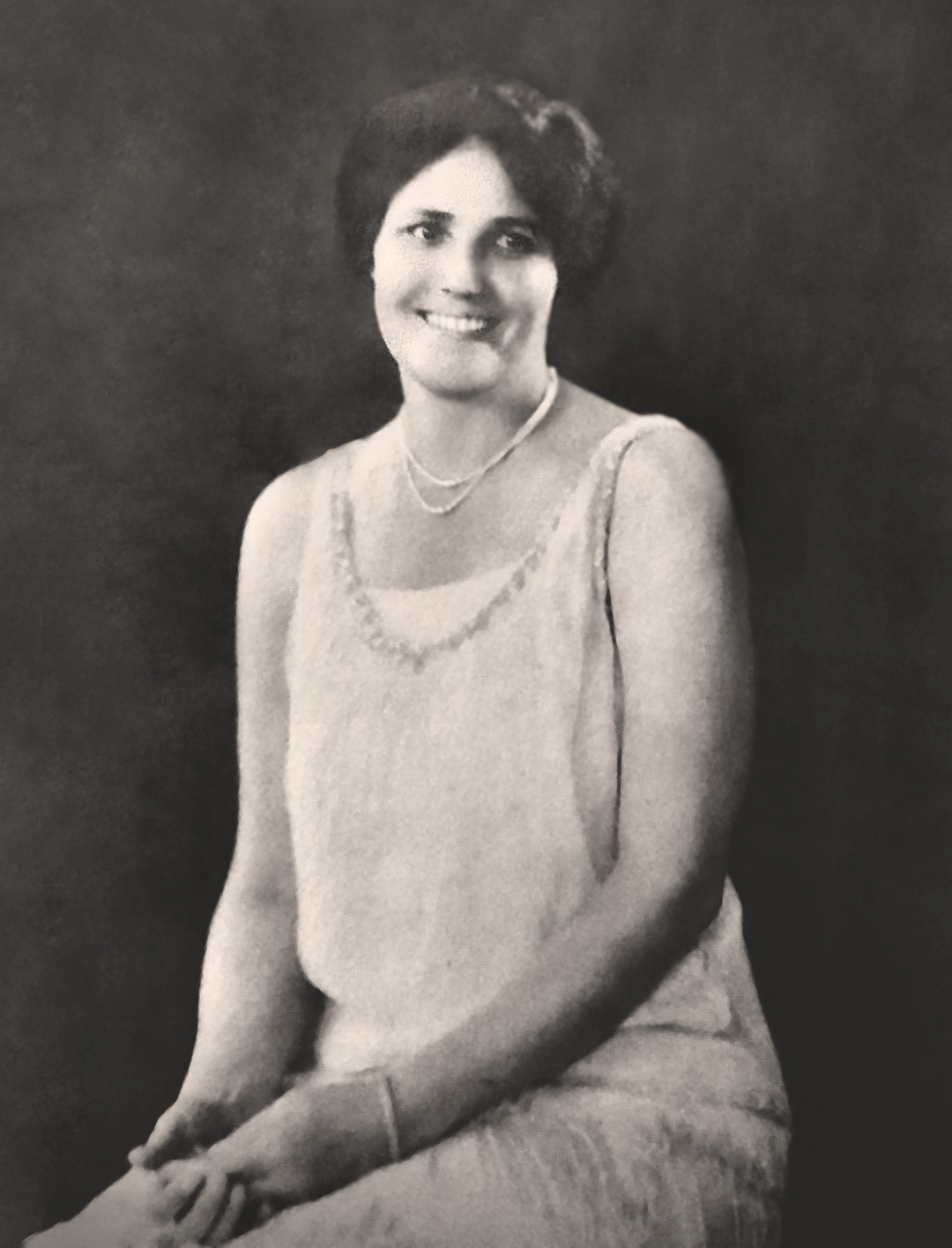 Eva Lyle was born on September 7, 1878, to John Sanders Lyle and Lucy Bates Lyle in Wilcox County, Alabama. She graduated from Judson College and continued her studies at the Parsons School of Art & Design, New York City, under the direction of two of America's best-known artists, Robert Henri and William Merritt Chase. Chase is known as one of the country's foremost portraitists. After completing her studies in New York, Eva accepted a teaching position at Denison University in Granville, Ohio. During the summer months, Eva also studied at the School of the Art Institute of Chicago and the H. Sophie Newcomb Memorial College in New Orleans.

After resigning from her position at Denison University, Eva returned to Alabama and married her childhood sweetheart, David Gaston Wilkinson, on December 1, 1909. The couple settled in Gastonburg, Alabama, and reared three daughters Lucy Elizabeth, Mary Murphy, and Eva Gaston. Later the couple relocated to Montgomery.

Based on a biographical sketch written by DAC artist Hannah Elliott for the Federal Writer's Project about DAC artist Arthur Stewart, it is clear that Eva was a very influential figure that helped shape the trajectory of Stewart's life. Elliott wrote in her essay about Stewart, "Arthur says that he flunked the first grade and got in trouble repeatedly all through Grammar School for drawing on the walls and on everything—he says as there was no art course he had to have an outlet. After the first grade, he spent most of his time at Judson College with the art teacher, Mrs. Eva Lyle Wilkinson, who was a friend of his. She was indeed an important influence in the life of this boy when he was young. Without her, who can say? "Over the years, Eva continued painting. One of her paintings can be found in the collection of the Montgomery Museum of Fine Arts. Eva Lyle Wilkinson passed away on May 7, 1959, at the age of 80. Several years ago, we were fortunate that one of Eva's great-grandsons attended one of our exhibitions.
Dixie Art Colony Foundation, Wetumpka, Alabama
Eva Lyle Wilkinson

Your ticket for the: Eva Lyle Wilkinson Painting Donated To DAC Foundation