Dixie Art Colony Foundation > Blog > Additions to Our Collection > DID YOU KNOW Kelly Fitzpatrick was an Aspiring Writer?

DID YOU KNOW Kelly Fitzpatrick was an Aspiring Writer?

August 30, 2020
No comments yet
Additions to Our Collection, Director's Blog, News

Most are not aware that KELLY FITZPATRICK was an ASPIRING WRITER that studied journalism at the UNIVERSITY OF ALABAMA before beginning his art education. 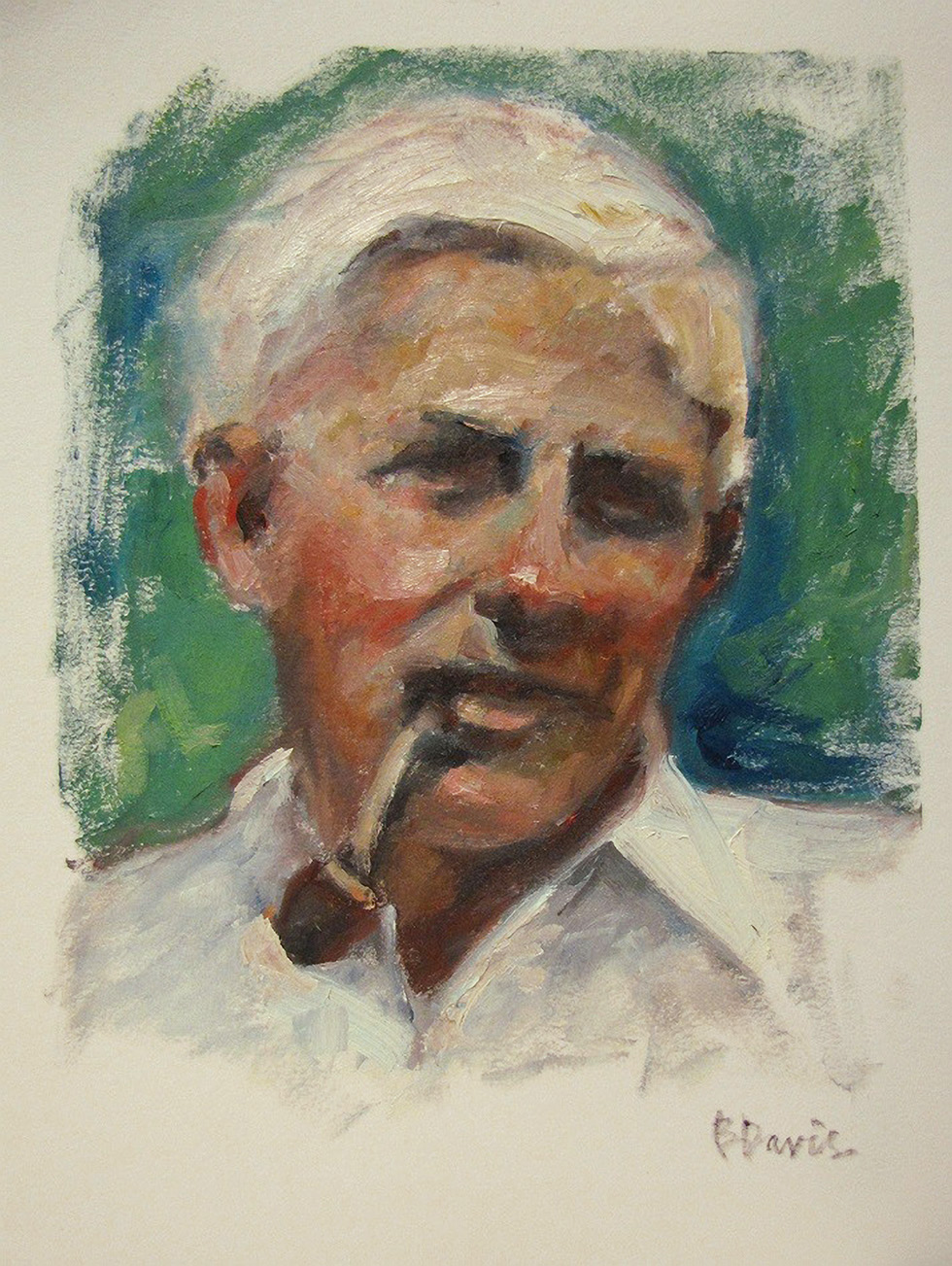 The DAC Foundation is fortunate to have numerous examples of Fitzpatrick's musing and writings in the DAC Foundation Archives. Examples include an extensive collection of letters, journals, poems, and a manuscript written in 1943, titled "The Cruse of the Jungle Queen." Original correspondence between two different publishers and Fitzpatrick are also included in the archives. Below is a quote from "The Cruse of the Jungle Queen." 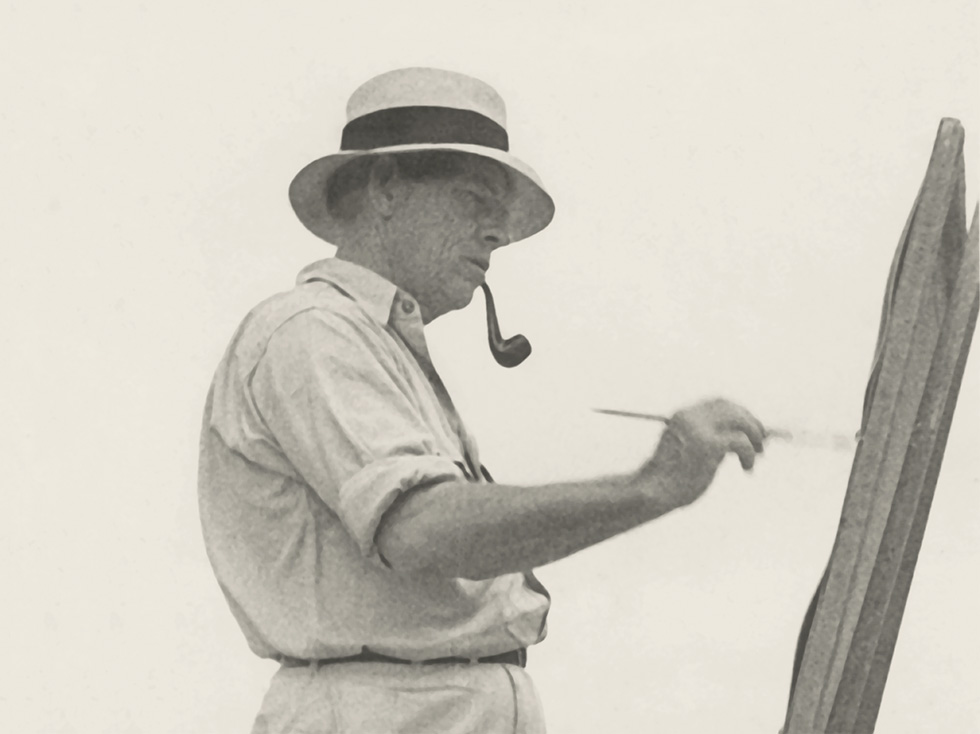 Excerpt from "The Cruse of the Jungle Queen."

"Pushed off at 9 o'clock—waved goodbye to those on land and sputtered to a standstill in mid-river, trash impeding the motor—soon off again and down the lazy Coosa... The Tallapoosa below us was on the rise, and there was no down current in the Coosa, making it as still as a millpond and as reflective as a mirror, everything upside down in the clear green water broken by long silver ripples. A great white heron, one of three we were to see, zig-zagged across the river for several miles and finally disappeared.

Passed old Fort Toulouse, later Fort Jackson and remembered that there were still French cannons in the waters under us..."

"The Cruse of the Jungle Queen" chronicles Kelly Fitzpatrick's 1943 boat trip with his friend John Moore down the Coosa River, starting in Wetumpka, ending in Mobile Bay. The manuscript was donated to the DAC Foundation by the family of the late Watt Jones of Wetumpka.

Future DAC Foundation programs will feature readings from "The Cruse of the Jungle Queen" and some of Fitzpatrick's letters and poems. 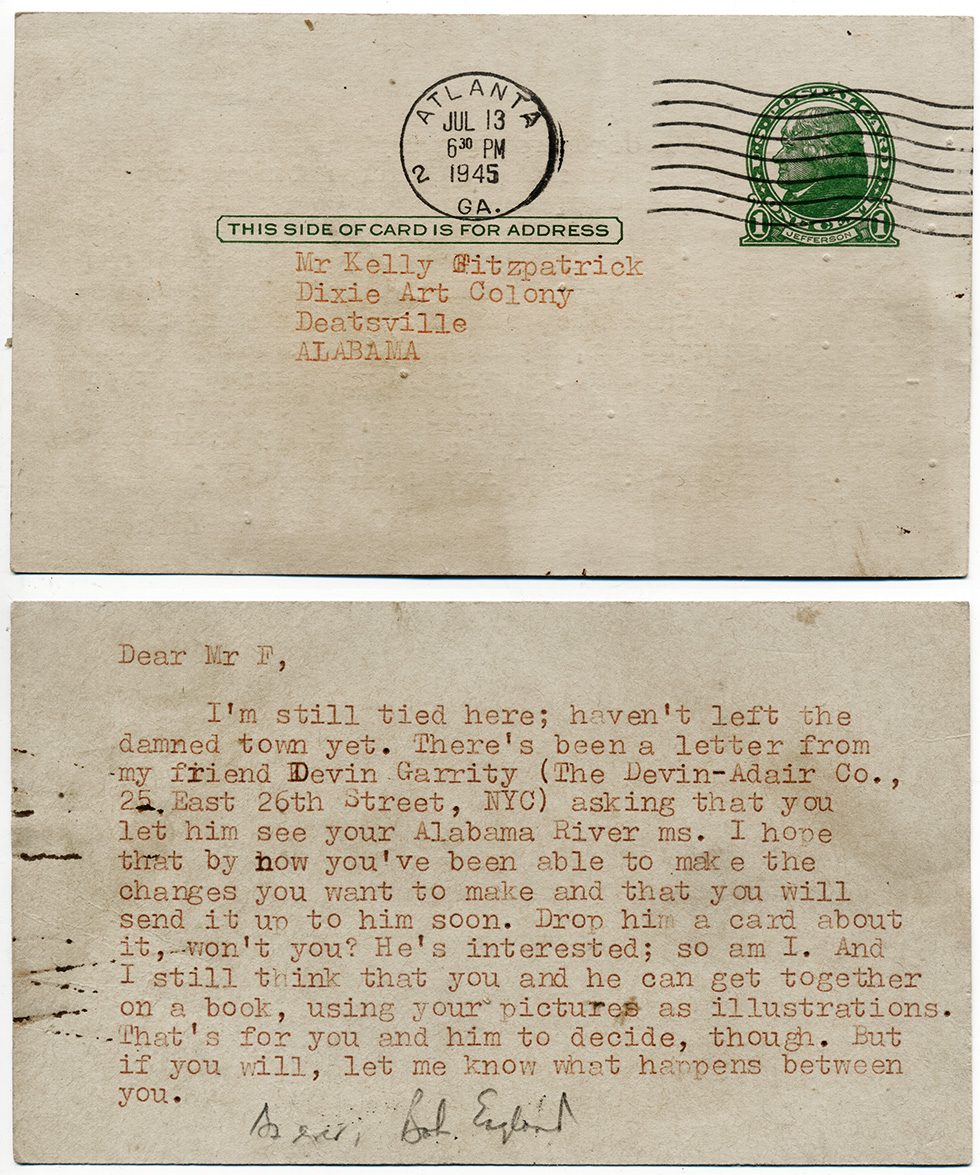 Follow this link to learn more about JOHN KELLY FITZPATRICK

Your ticket for the: DID YOU KNOW Kelly Fitzpatrick was an Aspiring Writer?

DID YOU KNOW Kelly Fitzpatrick was an Aspiring Writer?