On August 15, 2018, the Dixie Art Colony Foundation celebrated the Birthday of Dixie Art Colony cofounder John Kelly Fitzpatrick born on August 15, 1888. We had a large crowd on hand for the festive celebration. Thank you Barbara Binford Davis for sharing your talent! Your beautiful portrait of Kelly Fitzpatrick reproduced well on the Birthday Cake! 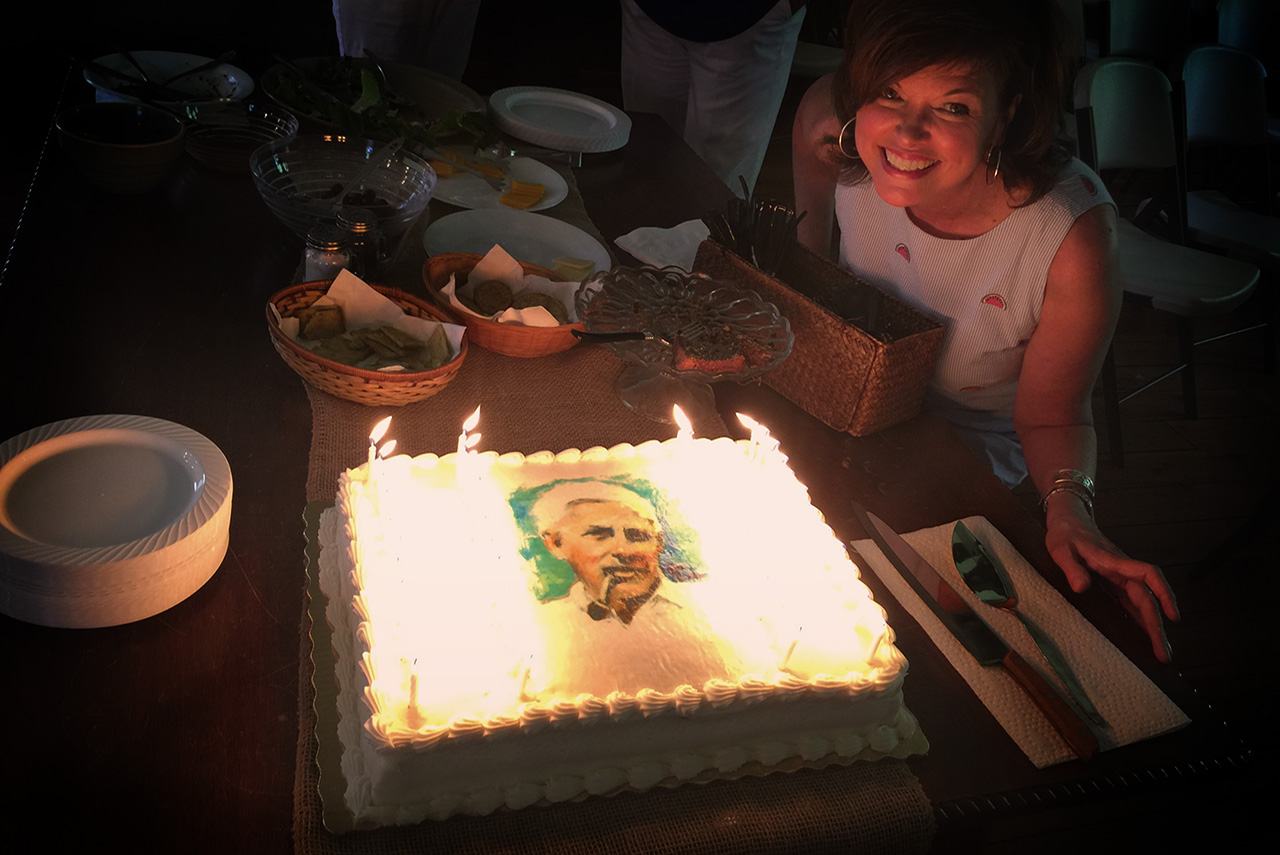 As we were preparing for our August 15, 2018, “Lunch & Learn” birthday celebration for Dixie Art Colony cofounder John Kelly Fitzpatrick, we made a few interesting discoveries.

While taking a closer look at some photographs of Fitzpatrick’s home, among the interesting discoveries made, was the actual street number of his home located on Autauga Street in west Wetumpka. In one of the photographs we were able to see the number 31 located over the main entrance to the home. In 1935, when the photographs were taken, Kelly Fitzpatrick was living in the home that was built in circa 1830. In another interior photograph of his home, we were excited to be able to enhance and enlarge a painting located over the mantel in the main parlor so that the signature “J. Kelly Fitzpatrick, 1923” was clearly visible.

Below is a quote about Kelly Fitzpatrick from friend and fellow Dixie Colonist Karl Wolfe.

“Kelly was the life of the colony.... He laughed continually. All he took seriously were art and courtesy—knightly courtesy to people who bored him. Materialism he disdained, responsibility, he’d have nothing of, even refusing to drive a car. He laughed at politics, business status, ambition, ego, pride, vanity... It was impossible not to love him. He made us feel like kids at a circus.”

Your ticket for the: “Happy Birthday” John Kelly Fitzpatrick