American Painter, and Printmaker, and Educator 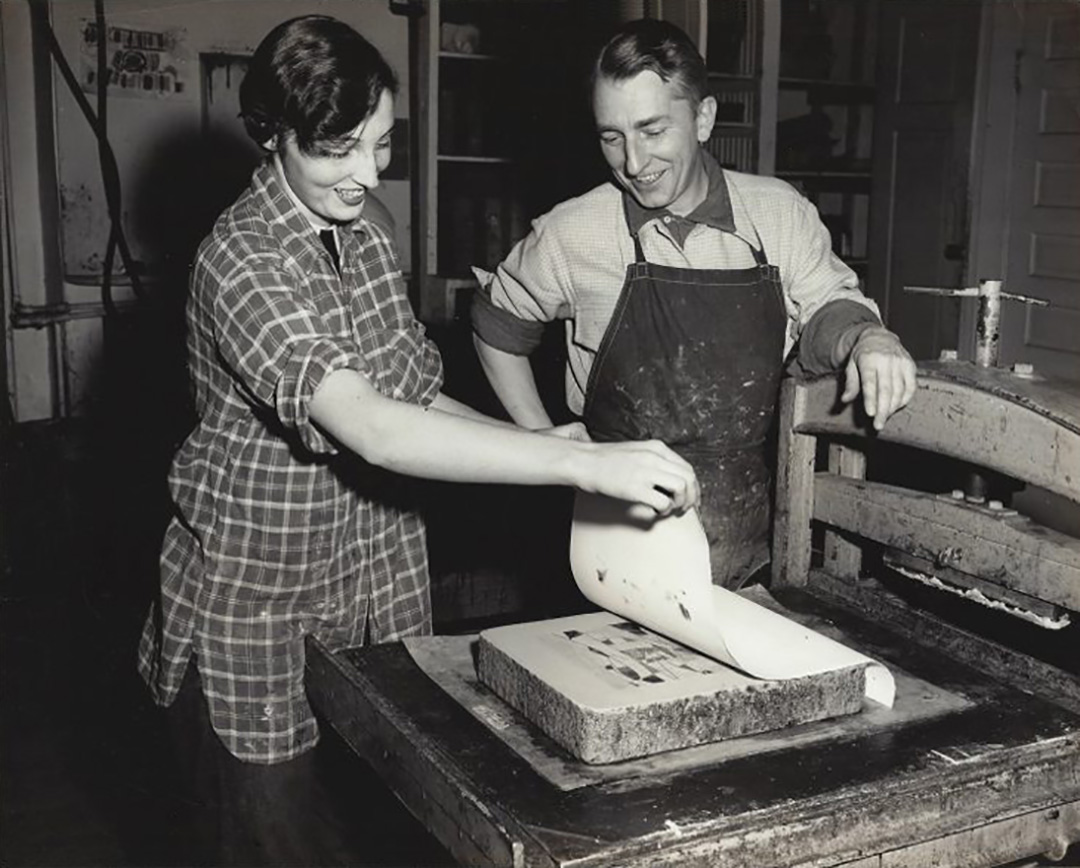 Richard Zoellner, an American abstract painter, muralist, printmaker, and art educator, was born on January 30, 1908, in Portsmith, Ohio. He was a graduate of the Cincinnati Art Academy. He also studied in New York City and Mexico as a recipient of a Louis Comfort Tiffany Foundation scholarship.

During the New Deal era, Zoellner was commissioned to produce murals in the post offices of Cleveland, Georgetown, Hamilton, Medina, Ohio, and Mannington, West Virginia. In 1945, he established the fine arts printmaking department for the University of Alabama and served for 33 years on the UA faculty. His printmaking program attracted a new generation of young artists and professionals to learn the craft of lithography and etching.

Zoellner received the 1995 Distinguished Career Award, given by the Society for the Fine Arts at The University of Alabama, and the 1980 Emeritus Award from the Southern Graphics Council. In 2001, he received the Druid Arts Award for Visual Artist of the Year from the Arts Council of Tuscaloosa.

Later in life, Zoellner returned to more representational images, painting shells, flowers, and landscapes. In 1992 at the age of 84, he exhibited 15 new works of art inspired by a trip to the Yucatan peninsula and the architecture of its Mayan ruins. Zoellner passed away on March 6, 2003, in Tuscaloosa, Alabama, at the age of 94.

No more work to show

Your ticket for the: Hen & Cock