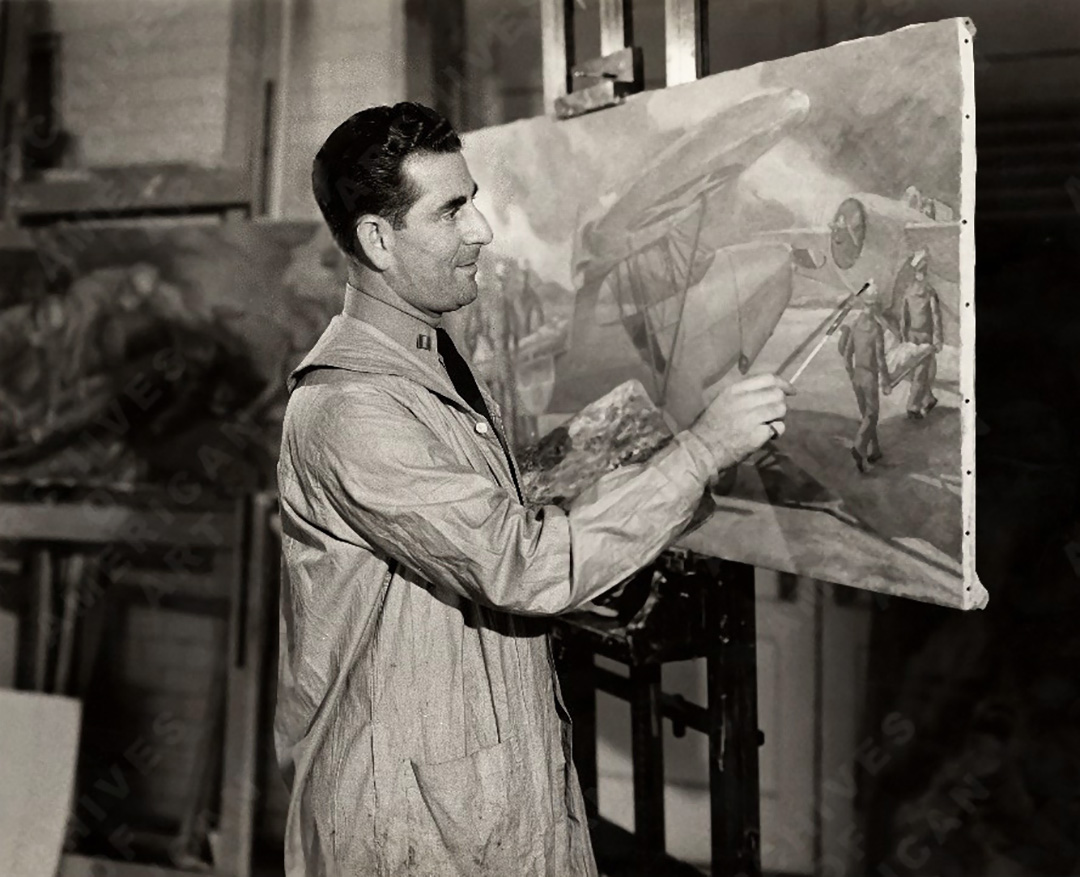 Samuel Bookatz, the son of Russian immigrant parents, was born on October 3, 1910, in Philadelphia, Pennsylvania. Soon after his birth, the family relocated to Cleveland, Ohio. Bookatz’s mother opposed his early interest in art, hoping he would pursue a medical, legal, or business career that would be more lucrative than his father’s blue-collar profession as a carpenter. Defying his parents’ wishes, he was determined to pursue a career as an artist. After graduating from high school, he took free art classes and worked in a factory for three years to save money to pay for his art education.

He attended and graduated from the Cleveland School of Art, where he won a Faculty prize that allowed him to study art at the Boston School of Fine Arts and anatomy at Harvard Medical School. In 1937, he won the Prix de Rome, which allowed him to tour Europe studying art in London, Paris, and Rome for two years. While in Europe, his work was exhibited at the American Academy of Rome. Although his mother discarded his stored Cleveland artwork while he was in Europe, Bookatz was able to organize a one-person show at the Cleveland Institute of Art in 1940 using work he completed during his time in Europe.

In 1941, David Deitz, a subject for one of Bookatz’s portraits, who served on the National Reserve Council and as a consultant to the surgeon general, introduced him to President Roosevelt. He inquired about Bookatz’s lack of plans during a time of draft and war. Through this introduction, Bookatz was enlisted as an artist by the National Medical Corps to create murals depicting men in their line of duty. Bookatz accepted the commission, which was funded through one of the New Deal Federal Art Projects programs. In 1948 he was given a one-person exhibition at the Corcoran Gallery. He soon became FDR’s Presidential Artist in Residence. Due to a lack of office and studio space during wartime in Washington D.C., Bookatz lived in the Lincoln Bedroom at the White House for two years.

In 1950, he was given a one-person exhibition at the Smithsonian Institution and was commissioned by Marriott Corporation to create murals for eight Marriott restaurants. After age 90, Bookatz conducted a search for a commercial gallery to handle sales of the paintings. In 2006, he selected a gallery in Cleveland, Ohio. Since his death at age 99, the majority of his paintings, numbering in the thousands, are overseen by the Bookatz Foundation. He was buried in Arlington National Cemetery in January 2010.

Your ticket for the: Village Scene