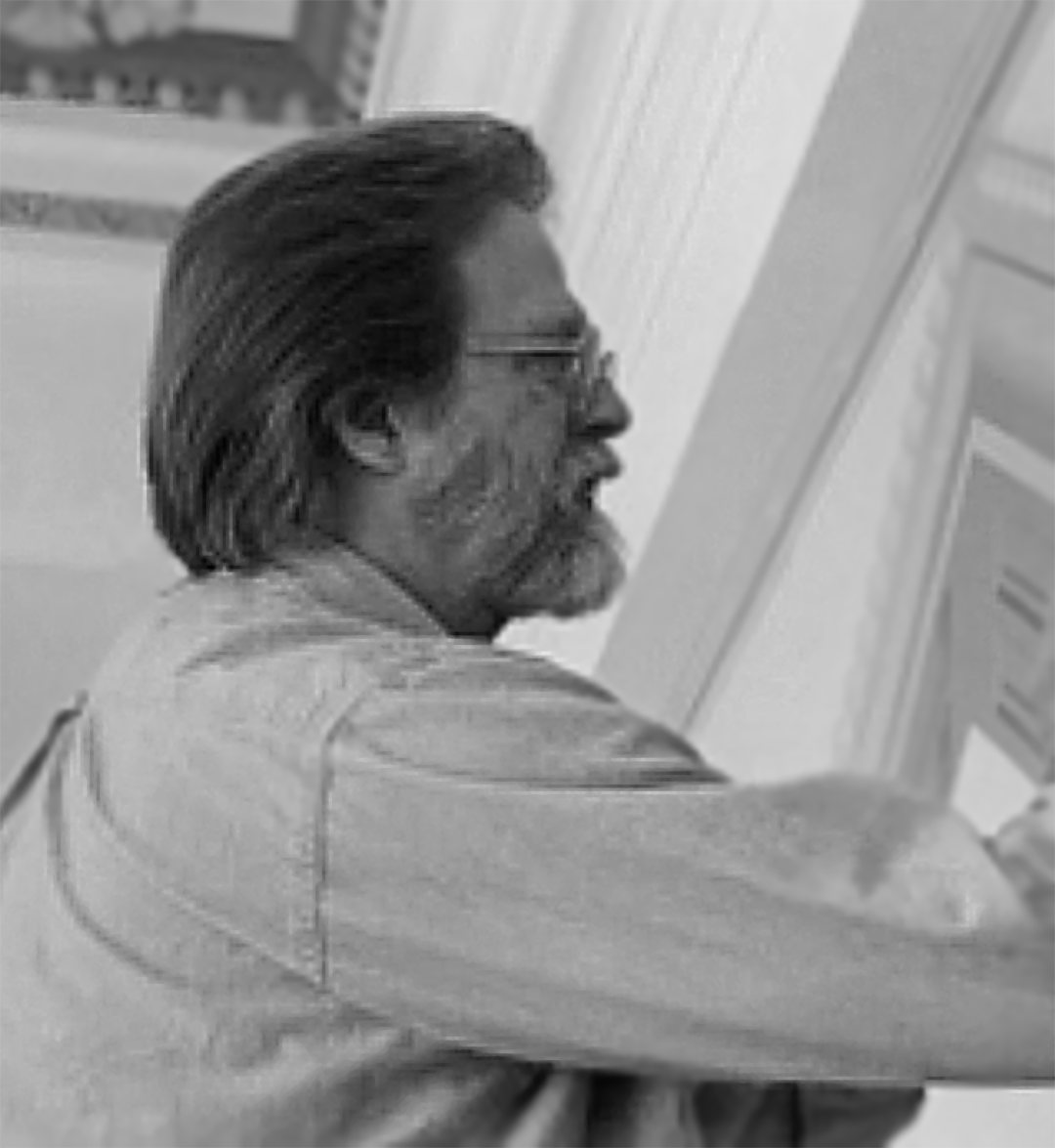 Internationally recognized artist Garth Benton, a native of Los Angeles, California, was born in 1940. Benton was married to actress Harlee McBride and later to the highly successful artist Christine Rosamond, whose paintings made into posters were everywhere in the 1970s. He was a third cousin of well-known regional artist Thomas Hart Benton.

In 1981, he moved to Carmel and studied art UCLA and ArtCenter College of Design in Pasadena. Rather than pursue his own unique style, Benton chose to emulate the art of many different periods. “My style is not to have my own style. Instead, I assimilate characteristics of the period I’m depicting,” he says. “Here at the Getty, the murals are part of the ambiance. Nobody is supposed to say they are better than the art in the museum,” said Benton. One of his best-known public works was a set of murals for the J. Paul Getty Museum in Malibu. The murals are re-creations of paintings discovered in a country house near Pompeii, now in the collection of New York’s Metropolitan Museum of Art.

For years, Benton maintained a second home and studio in Headland, Alabama, located just outside Dothan, where examples of his work can be found in a private residence in Dothan. Benton was also featured in an exhibition at the Wiregrass Museum of Art in Dothan, Alabama.

Fine art connoisseurs have described Benton as one of the top five muralists in the world became well known for executing museum-quality murals. One of his best-known public works was for the J. Paul Getty Museum in Malibu, California.

Your ticket for the: Untitled Still Life