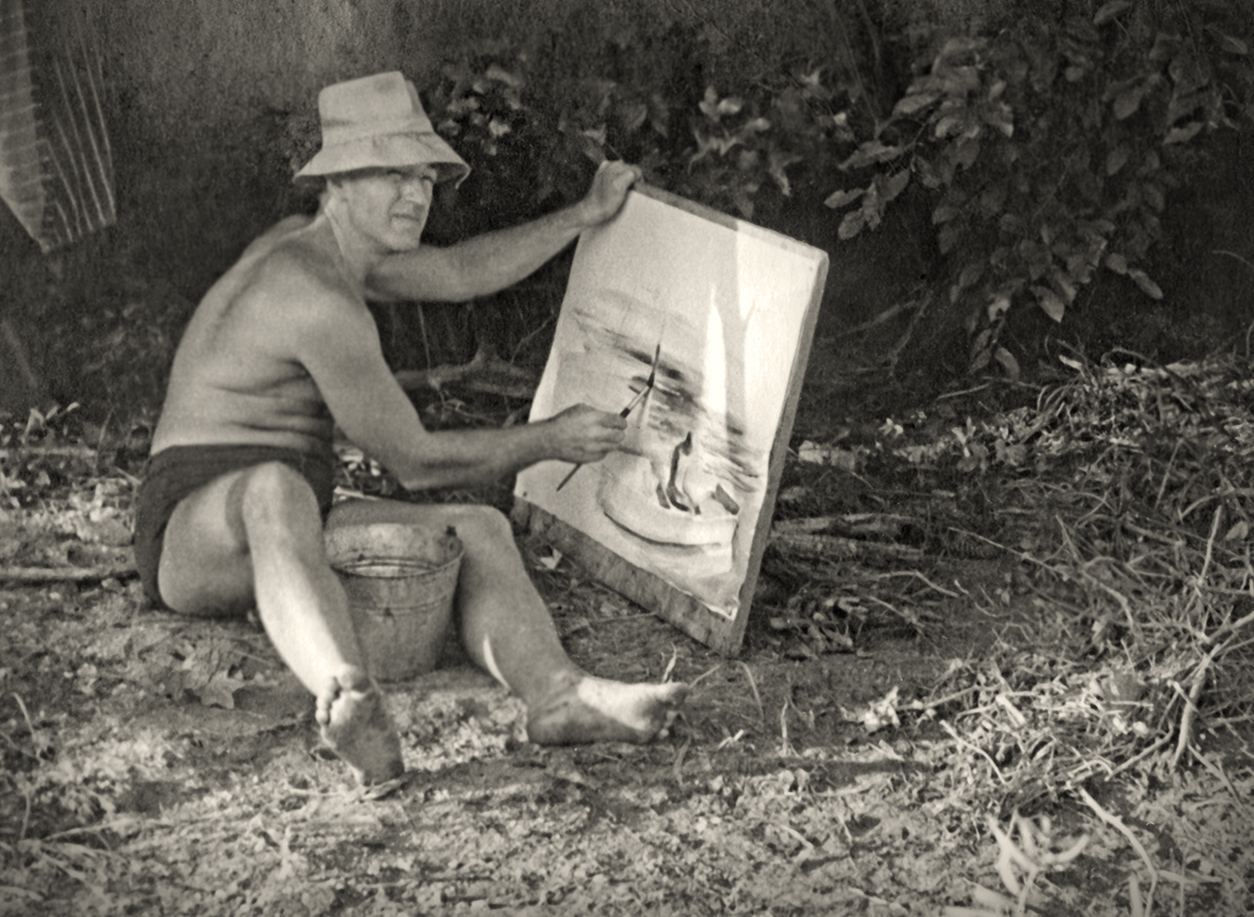 Karl Wolfe was born in 1904 in Brookhaven, Mississippi. He was the oldest son of Wiley Wilson Wolfe and Elizabeth Heuck. He attended Soule Business College in New Orleans and later attended the Art Institute of Chicago, where he graduated in 1928. In his last year of study, he won the William R. French Traveling Scholarship and spent the next year traveling and studying in Europe.

Karl and Mildred Nungester were fellow colonists, friends and colleagues for many years before they married in 1944. Karl was drafted 1942. After the war, Karl and Mildred returned from Colorado Springs to Jackson, Mississippi, where Karl had previously established a clientele. He soon became an accomplished and widely respected portrait painter, painting several official portraits of Mississippi governors for the state capitol. Karl also taught for ten years at Millsaps College. He was very active in helping to establish the Municipal Gallery and the Mississippi Art Association, which later became the Mississippi Museum of Art. By his own estimation, Karl painted over 800 portraits that are now in public and private collections. He passed away in 1984 at the age of 80.

Your ticket for the: Untitled: Southern Landscape II