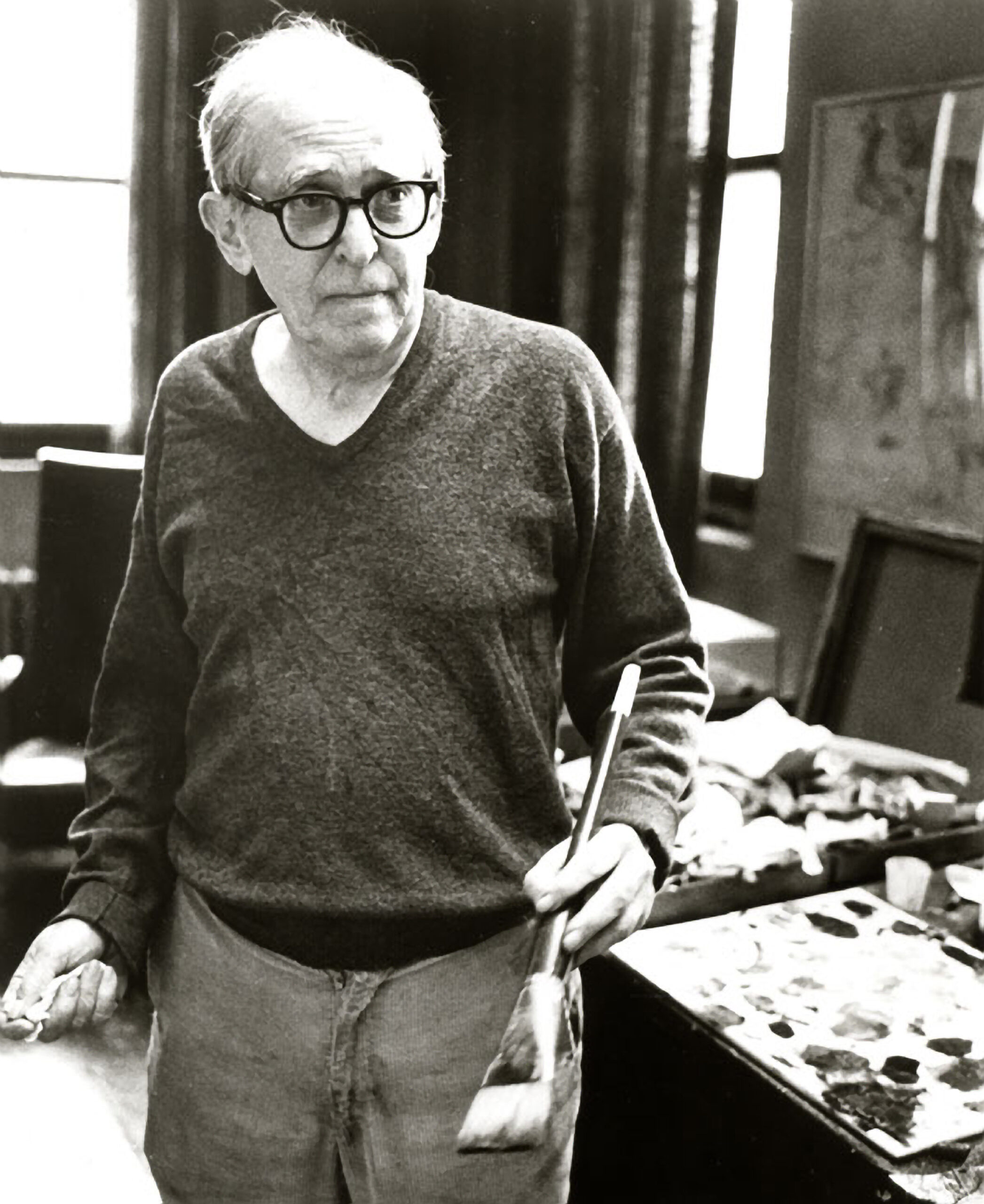 Jack Levine was born on January 3, 1915. He grew up in the South End of Boston, the youngest of eight children of immigrant parents from Lithuania. His father was a shoemaker. At the age of eight, he and his family moved to the Roxbury neighborhood, where he began taking art classes at the Boston Museum of Art with his friend Hyman Bloom, who also became a well-known painter. He first studied with Harold Zimmerman, a young painter from the museum’s art school from 1924-1931. At Harvard University, he studied with Denman Ross. In 1932, one of Levine’s drawings was included in an exhibition at the Fogg Art Museum at Harvard. Three years later, Ross bequeathed twenty drawings by Levine to the museum’s collection.

Levine became known as a social realist and was associated with the style known as Boston Expressionism. From 1935 to 1940, he was employed by the Works Progress Administration. His first exhibition of paintings in New York City was at the Museum of Modern Art. In the same year, his work titled “String Quartet” was shown at the Whitney Museum of American Art and purchased in 1942 by the Metropolitan Museum of Art.

From 1942 to 1945, Levine served in the Army. In 1946 he married painter Ruth Gikow and moved to New York City. After receiving a Fulbright grant, he traveled to Europe in 1951 and was influenced by the work of the Old Masters, particularly the Mannerism of El Greco, which inspired him to distort and exaggerate the forms of his figures for expressive purposes.

Levine’s work can be found in the collections, including the Art Institute of Chicago, Metropolitan Museum of Art, National Museum of American Art, Brooklyn Museum, The Phillips Collection, Whitney Museum of American Art, Fogg Art Museum, National Gallery of Art, Fine Arts Museums of San Francisco, and Montgomery Museum of Fine Arts. In 1973 the Vatican purchased his work titled “Cain and Abel.” In 1978 a retrospective of Levine’s work was held at the Jewish Museum in New York City. Levine died at his home in Manhattan, New York, on November 8, 2010, at the age of 95.

Your ticket for the: Meditation