Inducted into the Portrait Painters’ Hall of Fame 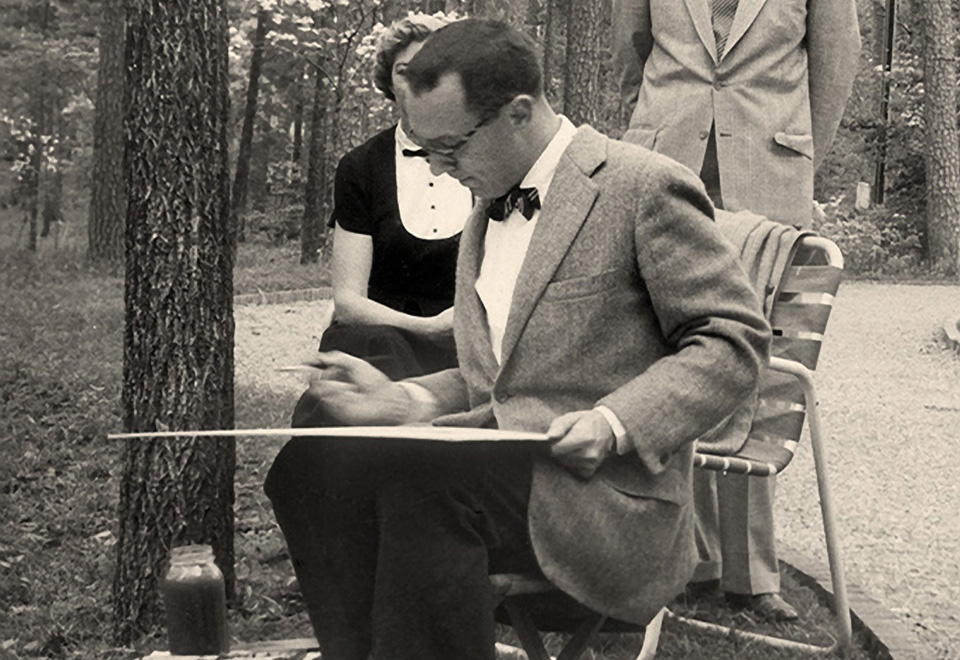 Arthur Stewart was born in 1915 in Marion, Alabama, and attended Marion Military Institute. He began painting at the age of six and held his first one-man exhibition at the Art Institute of Chicago at age 23. After graduating from MMI in 1935, he continued his studies at Auburn University and the School of the Art Institute of Chicago. He first attended the Dixie Art Colony in 1936. Upon entering the Army, he served as an artist for the ordnance department during World War II. In 1952, he settled permanently in Birmingham and became internationally known as a portrait painter. His work has hung in Milan’s La Scala opera house, the White House, the Pentagon and in the personal collection of Queen Elizabeth II.

He established his studio at Glocca Morra Farm in Cahaba Heights in the late 1950s and was inducted into the Portrait Painters’ Hall of Fame in 1985. He completed thousands of portraits, as well as landscapes. Stewart’s health began to fail in the 1990s. He passed away in 2001.

Your ticket for the: Floral Still-Life