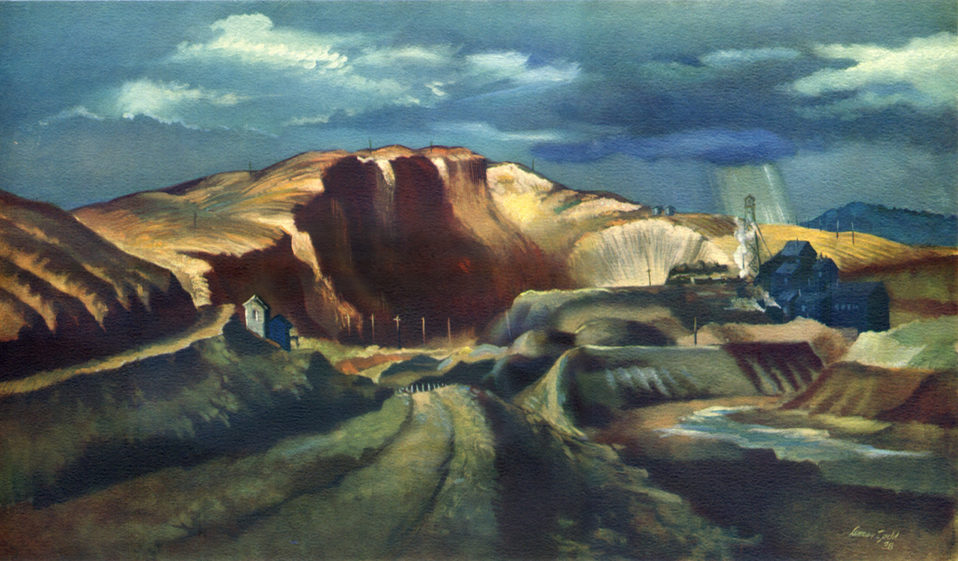 Join us on February 15 as we “Lunch & Learn” about the 1939 World’s Fair and the six Dixie Art Colonists that participated in the art exhibition titled “American Art Today.“

The 60-minute program will include a brief video about the connection with the Dixie Art Colony and the participating artists. The video will include photographs of the Dixie entries and Kelly Fitzpatrick’s original study sketch for his fair entry titled “Beeline Pottery,” which is included in the DAC Foundation’s permanent collection. This will be followed by a 25-minute video about the 1939 World’s Fair titled “The World of Tomorrow.” The second video includes interviews with several individuals that attended the fair. Both videos include beautiful vintage photographs of the fair.

Following the video portion of the program, there will be an open discussion about the fair and the connection to the Dixie Art Colony.

This free event at Trinity Episcopal Church, 5375 US Highway 231 in Wetumpka, on Feb. 15, 2017 from 12:00 noon until 1:00 pm is open to all interested parties.  Attendees are encouraged to arrive 5 to 10 minutes early. The program will begin promptly at 12:00 noon. Trinity Episcopal Church is located directly across from McDonalds and Winn Dixie. A light lunch and informative handouts will be provided.

Trinity Episcopal Church is located directly across the street from Winn Dixie and McDonalds at 5375 US Highway 231, Wetumpka, Alabama.

Make sure to copy Registration number after successful submission.

Thank you for payment.

Your ticket for the: AMERICAN ART TODAY: The 1939 World’s Fair