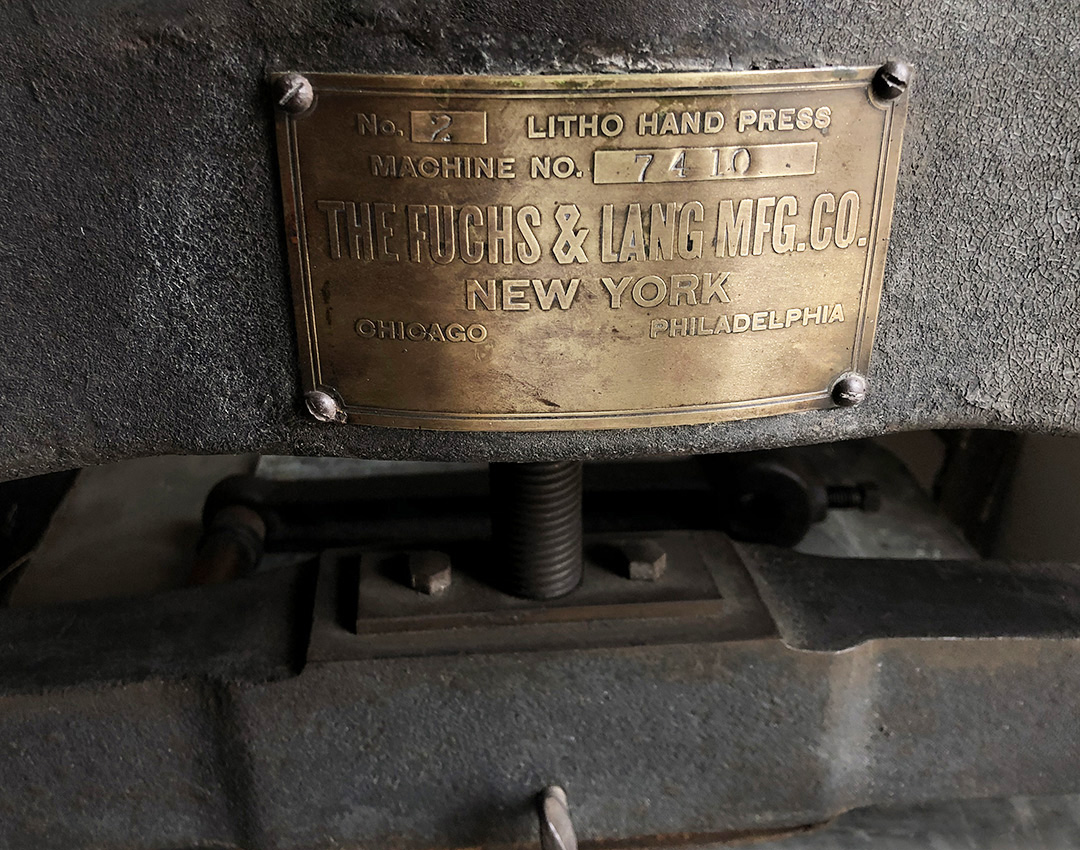 The move was made possible due to the generosity of Dr. Lynn Yonge of Fairhope, Alabama. Dr. Yonge arranged the move and covered all related expenses to bring the press to Wetumpka. Doris purchased the press while she was living in Columbia, South Carolina. After she and her husband retired, it was moved to her studio in Magnolia Springs. According to an article published in the "Montgomery Advertiser" on October 5, 1947, at the time, Alexander Thompson owned one of the few lithography presses in the South. 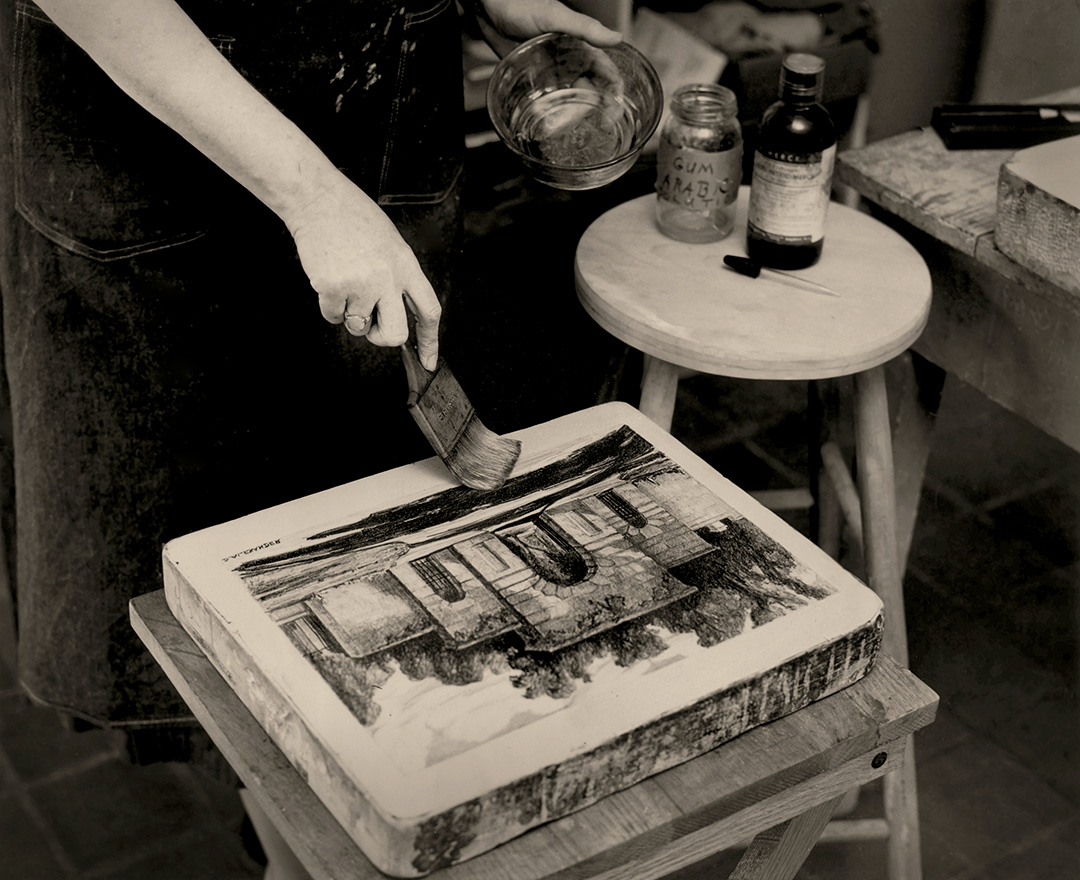 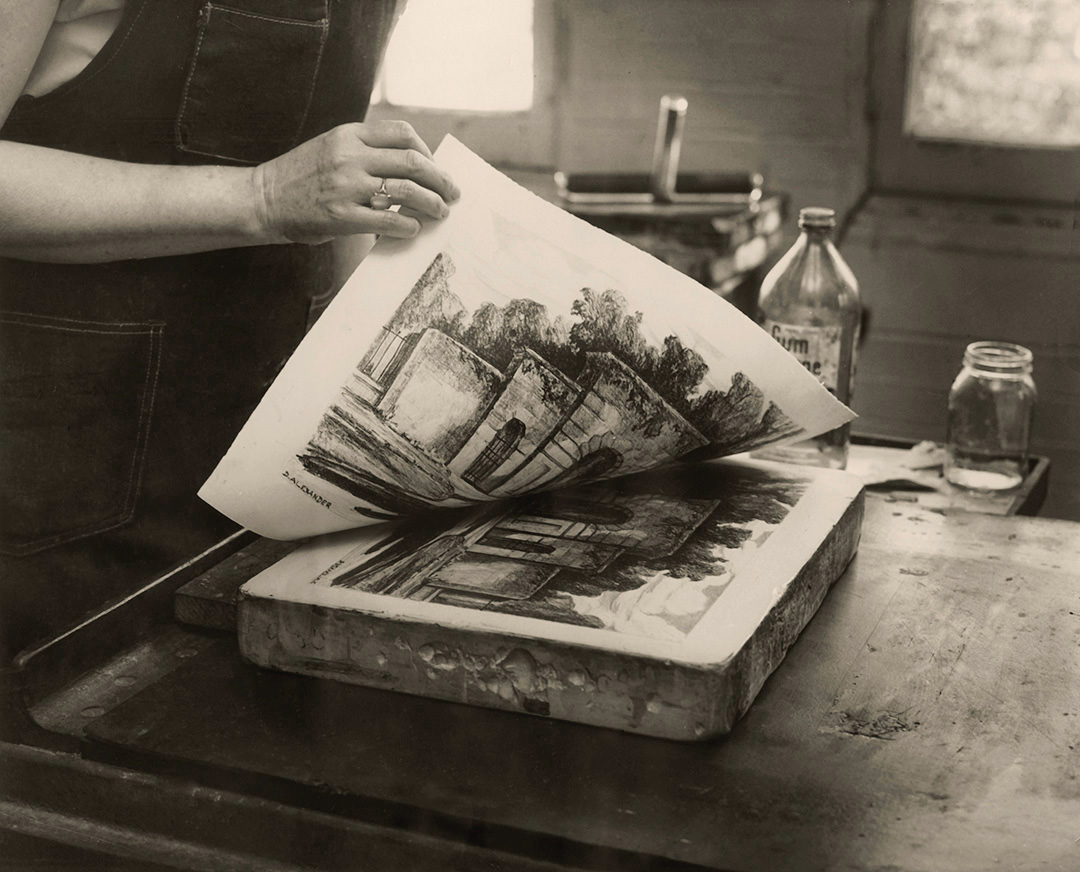 Doris Alexander Thompson, Studio Photograph, n.d.; DAT-2020.PH.0010
Seven stones like the one shown here are included in the collection.

The rare, early 1900s Litho Hand Press was manufactured by "The Fuchs & Lang Manufacturing Company." This number 2 model is the same model held in the SMITHSONIAN National Museum of American History collection in Washington, DC. Its bed has a width of 23 inches and a length of 28 inches. Lithography presses of this type were first manufactured in the 1860s. We have begun the process of cleaning the press and hope that with the assistance of an expert, we can return it to a working condition. We also hope to use the press for future demonstrations and the production of limited-edition lithographs using one of Doris' stones now held in our collection. 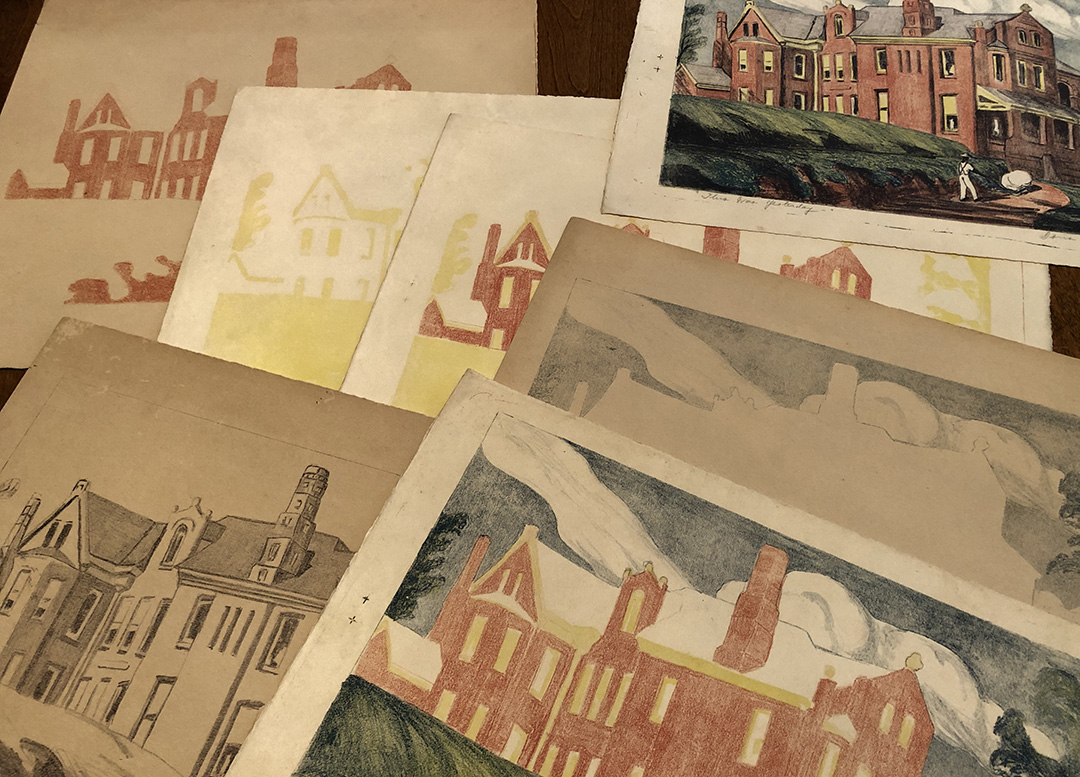 Shown above are original CMYK prints from our collection made by Doris using the press described above. Each of the four colors requires a separate stone and a separate pass through the press to layer each color. Overlapping colors such as yellow and blue are used to create the green grass and trees. Creating a four-color stone lithograph is a labor-intensive process that requires considerable skill.

Your ticket for the: Doris Alexander Thompson’s Lithography Press